Monday, Aug. 17, marks the first day back to school for Manatee County. 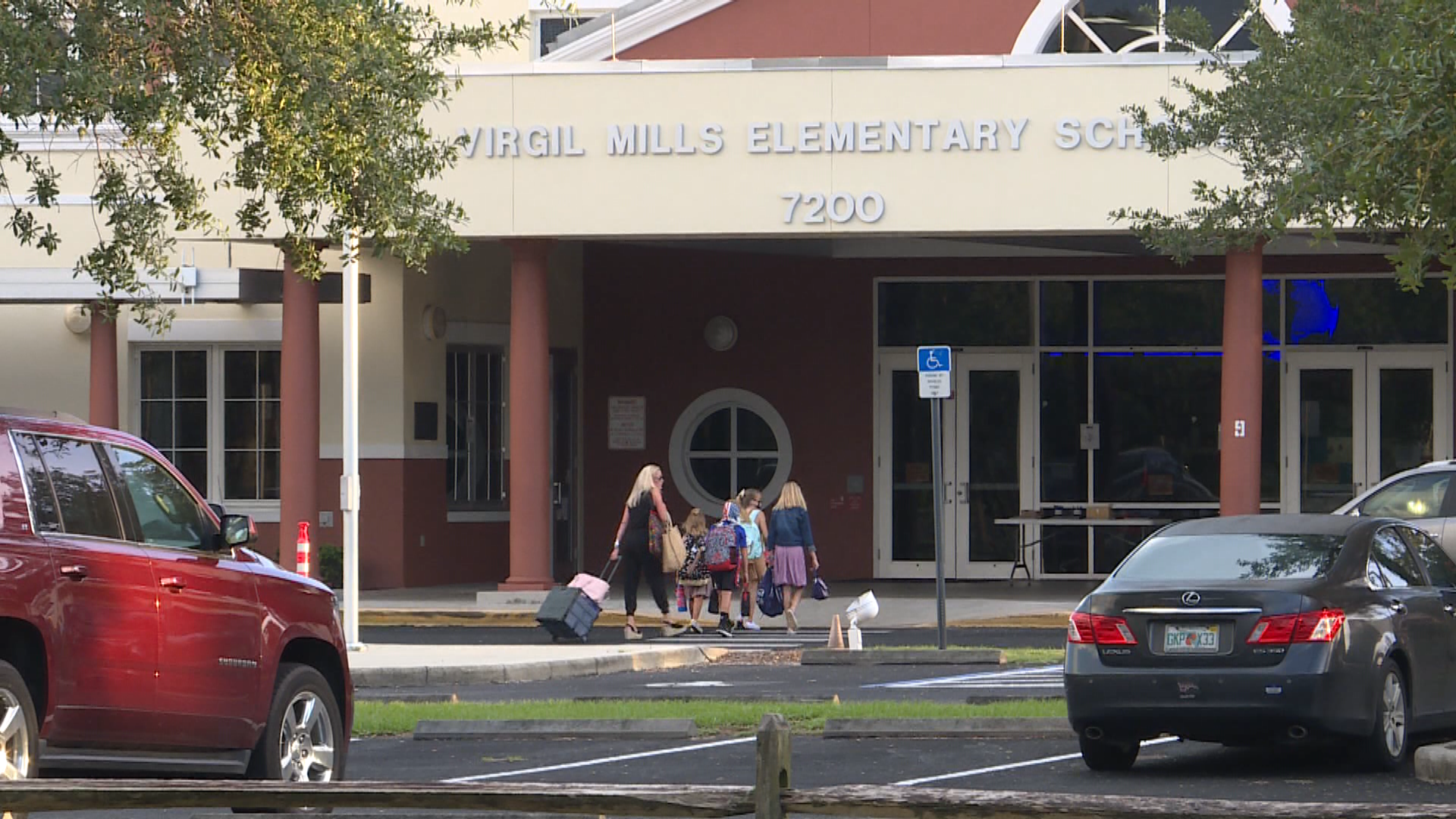 BRADENTON, Fla. — Class is back in session for the Manatee County School District. It is the first district in the Tampa Bay area to welcome some students back to campuses.

Approximately 50,200 students are enrolled in the district this year. Students had three options when it came to returning to school: in-person, eLearning, or a hybrid model.

Most students, 48 percent to be exact, chose the full-time, on-campus learning option.

"I was excited to get them back in school and they were excited to go," Lana Cooksey said.

Cooksey has four kids in the Manatee County School system. She has a son going into kindergarten, a 5th grader, 8th grader and a high school freshman. All of her kids went to school in-person.

"It was certainly a tough decision to make, and I'm really grateful to the teachers that are willing to take the risk but children need to socialize," Cooksey said. "And they are going to get a lot more out of in-person teaching then they are online."

Cooksey, along with so many other parents, say they also didn't have much of a choice because they had to return to work themselves.

"I own a business so I have to be here running it," Cooksey said. "I can’t sit home and home-school and to those moms that can that’s great and more power to them, but that’s not really something that was feasible for our family."

Some parents say they feel comfortable sending their children back due to all the new COVID-19 safety protocols the district has in place.

"I think both of my girls are in wonderful schools and I think that they are doing everything they can to keep them safe," Sammy Jo Munding said "They are very family-oriented schools so I feel like they are in great hands."

Twenty-nine percent of students chose to continue with eLearning and 23 percent chose the hybrid option, which consists of on-campus learning two days a week and eLearning three days.

“I’m just not confident in our kids being able to be safe,” said Milande David, a parent keeping her kids eLearning this fall.

Although the Department of Health says COVID-19 positive cases are seeing a downward trend in Manatee County, parents fear the numbers will start to rise again with the reopening of schools.

“I’d love for them to go back to school, I’d love for us to be in the process of getting things back to normal, but I just don’t think my children are ready,” David said.

Cooksey tells us drop off Monday was a lot longer than usual.

"They were supposed to be dropped off between eight and 8:10 a.m. and they didn't end up getting out of the jeep until about 8:45," Cooksey said. "It's going to take a little time to get the system down with the taking of the temperatures and making sure everyone's masked up, so I'm sure the system will get quicker but for day one it was a little bit slow."

Other parents, like Munding, say drop off was easy.

"They explained to the children through the window what was going to happen before they even got out of the car," Munding said. "And then roll down her window, used the thermometer. It took just a second and she jumped out and headed in."

And Munding says her daughters had no issue with wearing a mask.

"We’ve actually found some really cute ones," she said. "With the uniforms, my youngest calls it a pop of color."

After picking up her daughter, Jerzie, Munding was reassured with her decision to send her kids back to school. Her daughter says she had an awesome day and it didn't feel any different.

Students in other districts will be heading back to school later this week and next week.