Manatee County school district says it is not canceling music classes, but they will look different this fall

10 Tampa Bay is clearing up the confusion and misinformation circulating on the topic. 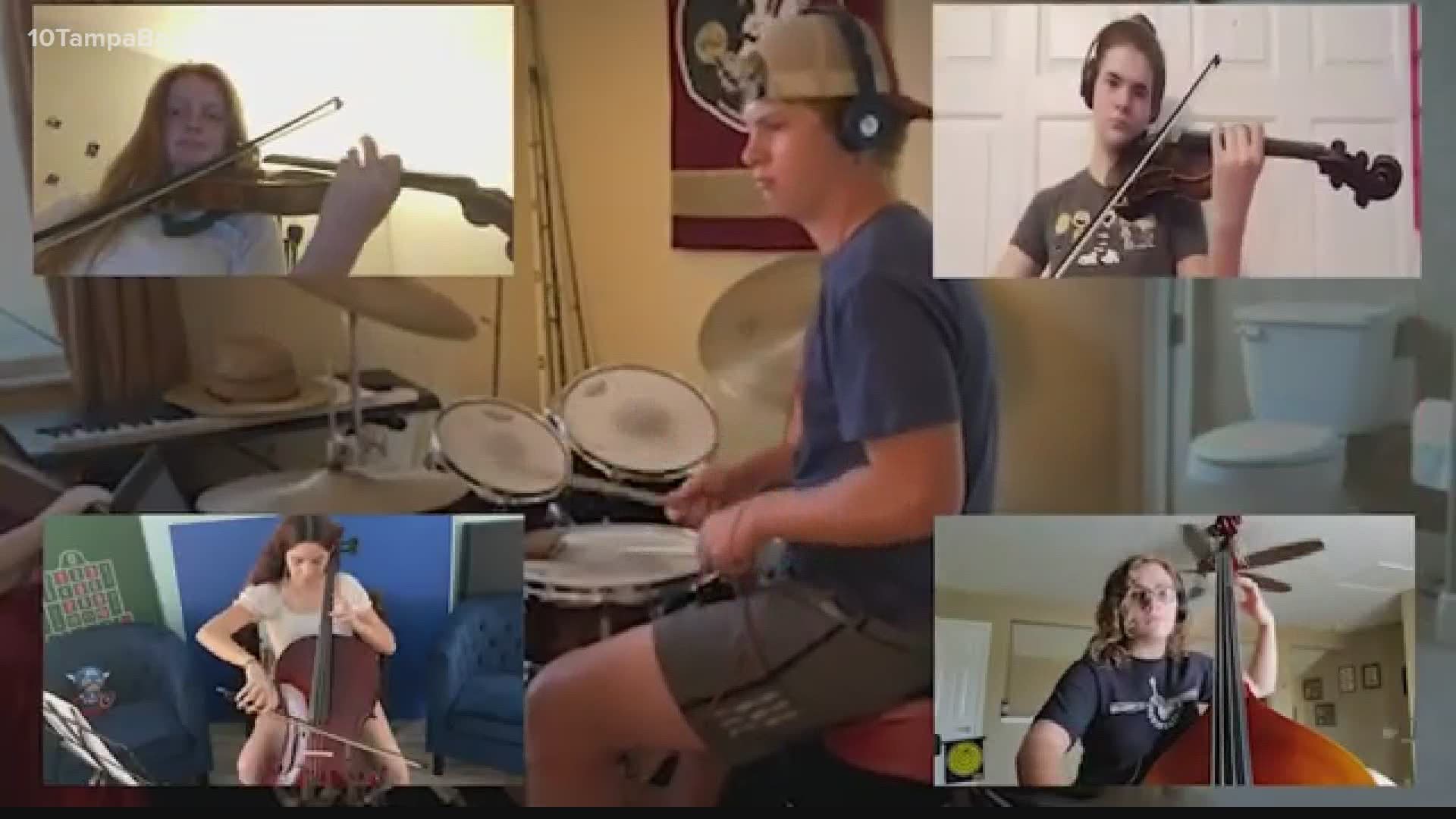 MANATEE COUNTY, Fla. — There's been a lot of confusion and misinformation out there about Manatee County Schools canceling band and other music programs this fall. Today 10 Tampa Bay got clarification.

“The board never said 'hey let’s cancel arts and music,' nor did the superintendent say that,” School Board Member Charlie Kennedy said.

The Manatee County School District is known for its performing arts. The Braden River High School's marching band has won the state championship for three consecutive years in a row.

At the school board meeting on Tuesday, August 11 Jeramiah Bowman, the music director for the marching band, played a virtual performance put together by students in the district.

"We must have instrumental music, chorus, art, dance, and theatre to survive this pandemic,” Bowman said to the board members.

Many parents and teachers feared music would be cut from the curriculum because of COVID-19. The Manatee County School District assures that will not happen, but with COVID safety concerns, classes will look different.

“We have not canceled music or choir or band,” Board Member Dr. Scott Hopes said. “We are working through appropriate class sizes so that we can provide social distancing and compliance with CDC guidelines.”

Hopes says in this first quarter the schools may not be able to safely offer all electives that were offered last fall.

“That unfortunately is the reality that we are living in,” Hopes said.

The biggest thing Kennedy says the district is struggling with is student schedules.

“We had a scheduling issue that clearly we need to get a handle on, and we are opening schools unfortunately on Monday,” Kennedy said.

The focus for master scheduling has been on core academic classes.

“So obviously it's your electives that are going to begin to suffer if you have to focus on the core," Kennedy said.

“The reality is we are not in a normal situation there are some choices and opportunities, especially in electives that we may not be able to deliver for a variety of reasons,” Hopes said.

Some classes are having to be consolidated. So the electives students picked last spring are most likely not the ones they'll get.

“For example, if you signed up for band or orchestra or some other type of music, you were just scheduled into a general music theory class,” Kennedy said.

A big reason for these changes is trying to follow class size restrictions and CDC guidelines.

“CDC guidelines and our conversations with the director of the health department suggests that you cohort students,” Hopes said.

He says that's easier to do in elementary schools, but not so much for middle and high school.

“You have 1,200 to 2,500 students every 45 to 55 minutes changing classes on campus,” Hopes said. “That is not a cohort that can be managed should you have an infection in one group.”

Hopes says there need to be groups of students who have the same courses throughout the day so they can have teachers move from class to class instead of thousands of students moving through the halls at once.

“We have to have students in manageable groups so that we can avoid shutting down an entire campus or worse an entire school district,” Hopes said.

But the angry responses from parents have been flooding in.

“The feedback has been heavy, and it’s been fierce,” Kennedy said. “We’ve gotten so much email over the past two days about this, and it’s been so much that I haven’t even had a chance to respond to 80 percent of it.”

Kennedy believes it will only get worse once schedules are released.

"The problem is we are dropping this on students and families a week before school starts, so parents haven't even seen student schedules yet,” Kennedy said. “So if we think the backlash is bad now wait until parents see their students schedules.”

Kennedy has tried to convince the rest of the board to start classes online for two weeks and return to school Aug. 31, to give the district more time to figure out its scheduling, but the majority of the board is still in favor of reopening schools Monday, Aug. 17.

“I hope by Friday we are hearing that everything is fixed, but that’s 48 hours from now so we’ll see,” Kennedy said.

To be clear, decisions made on classes are not decided by the school board. That's up to the superintendent and her staff.

“All this scheduling mess and this combining of classes into generic theory courses that was not done with board approval,” Kennedy said. “At the school board level we are about policy and governance, we are not in day to day operations.”

There is also concern over band students sharing instruments.

“Across all of our high schools and middle schools for example with band, students share instruments,” Hopes said. “If you are playing the clarinet, a flute, a saxophone, trumpet, a trombone it would be very difficult to follow CDC guidelines and share instruments with saliva.”

Some teachers have been trying to raise money to buy more instruments so they can continue with band safely, but only time will tell if that can be a reality.