County leaders warned there was a potential threat to people and businesses in the area. 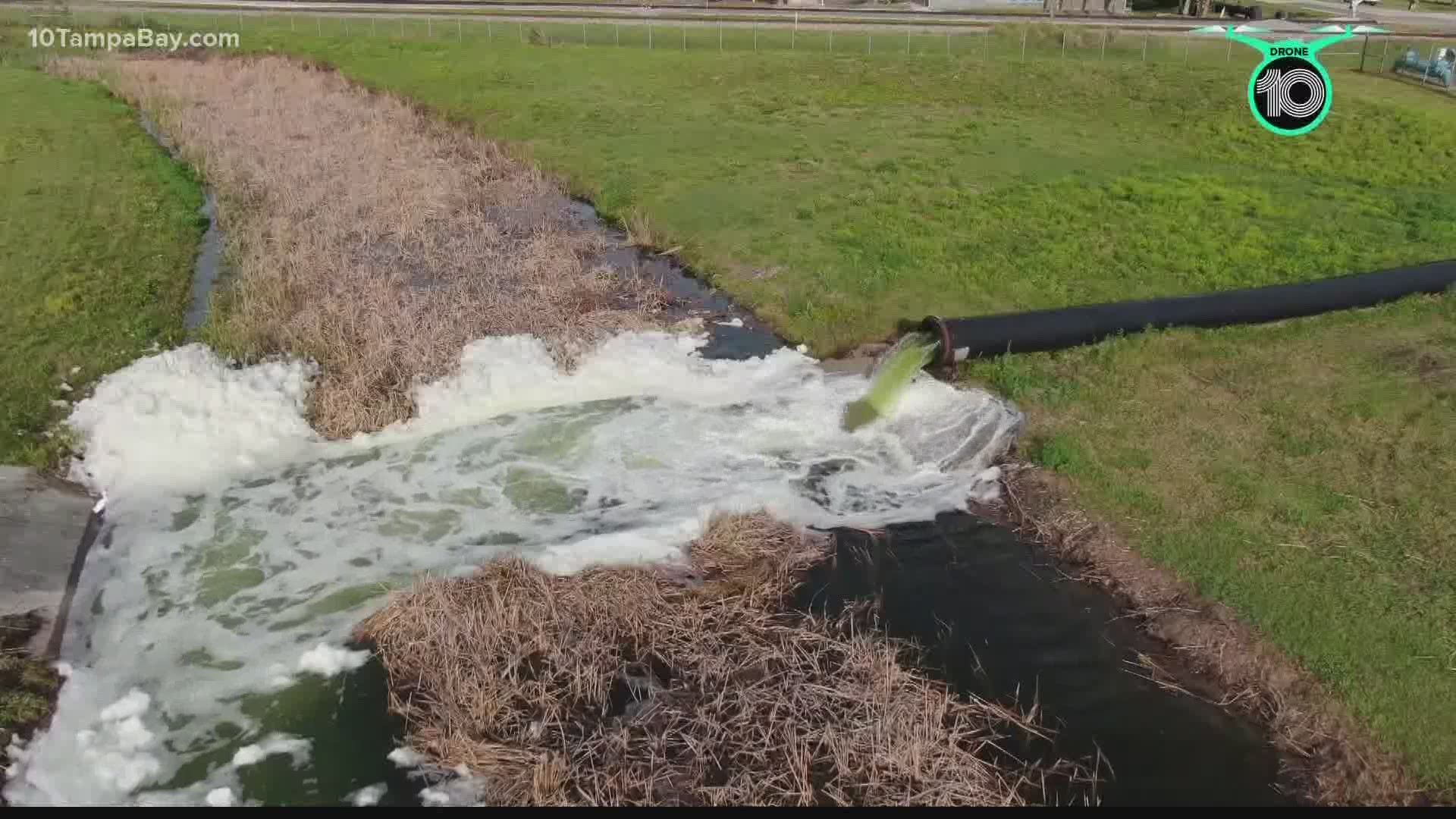 MANATEE COUNTY, Fla. — The Manatee County Commission on Thursday voted unanimously to declare a state of emergency over the recently-discovered leak at the former phosphate fertilizer processing plant on Piney Point.

Our news partners at WWSB say an apparent liner tear threatens to cause a collapse of the gypsum stacks at the site. And, the county is taking action to prevent a disaster.

"An uncontrolled breach is not imminent but, if the conditions of the stack worsen, nearby property owners could be impacted by the process water," the county wrote in a statement.

Nearly 20 years ago, the owners of the plant went bankrupt, leaving a gypsum stack and three ponds with waste.

HRK Holdings took over Piney Point after the bankruptcy.  An HRK spokesperson was at Thursday's regularly scheduled land use meeting and apologized for the problems the recent leak has caused, WWSB reported.

"It is a very critical condition and uncontrolled release is a real possibility at this stage," Mike Kelly, the engineer of record for HRK, wrote in a statement released by the county. "Getting the water off the stack is imperative. That uncontrolled release puts a pretty significant danger to environmental and public health.”

The county says it has no authority over the site, which is under the environmental oversight of the Florida Department of Environmental Protection.

"The water is not toxic; the real harm is the potential for excessive nutrients to reach Tampa Bay," Manatee County Environmental Division Manager Rob Brown wrote in a statement after the meeting. "Nutrients can cause algae blooms and exacerbate red tide and when we see red tide outbreaks and they may cause fish kills."

Thursday's emergency declaration will allow the county to act more quickly to move money and staff resources in response to the situation.

The declaration states the following: