Sheriff: Man involved in 'gruesome' stabbing in Bradenton dies after being shot by deputy

The person stabbed is stable, the sheriff's office says. 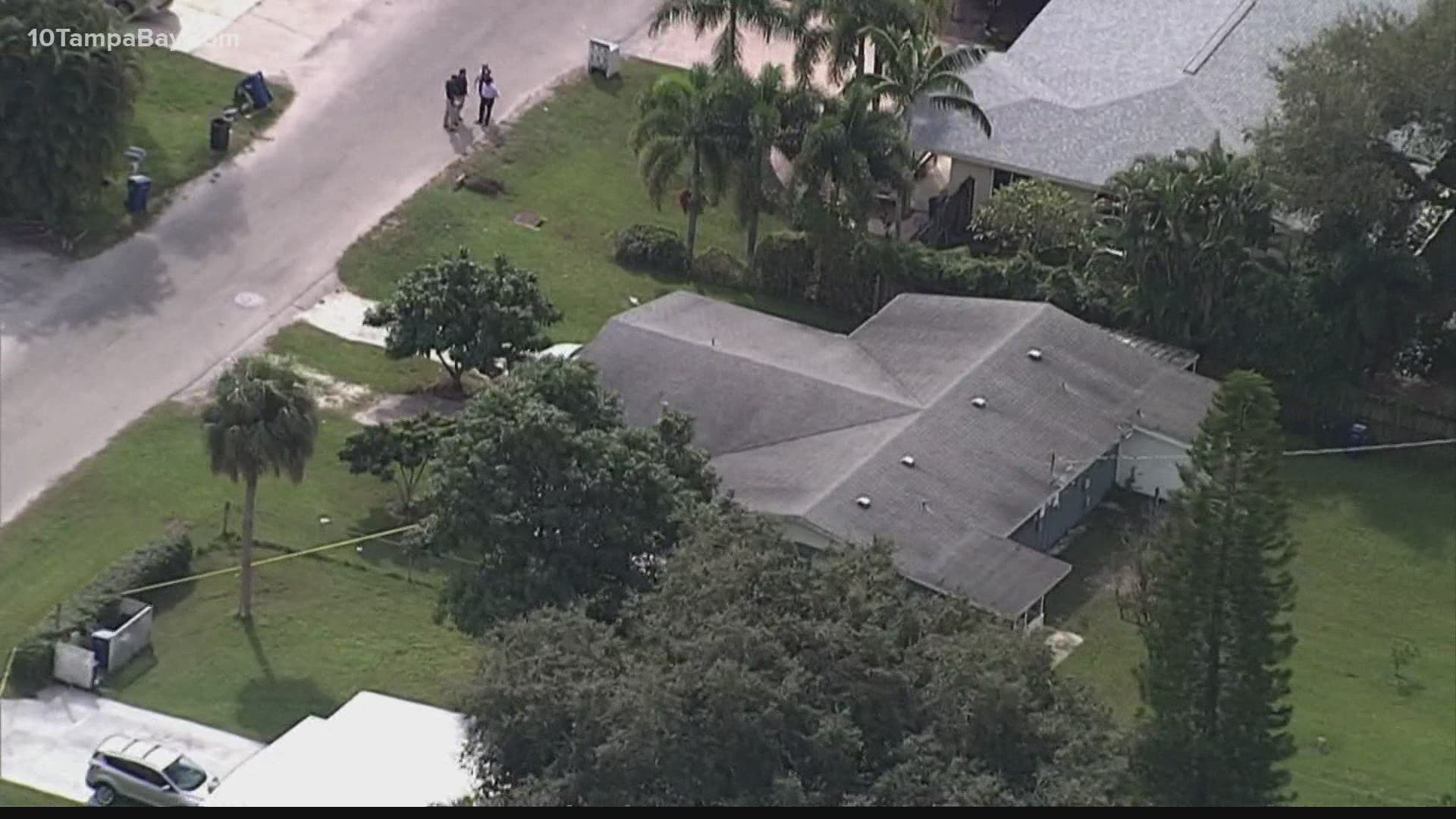 BRADENTON, Fla. — Update: The Manatee County Sheriff's Office says 35-year-old Steven Belville, who stabbed his sister's boyfriend and was ultimately shot by a deputy, has died from his injuries.

The person stabbed is stable, the sheriff's office says.

UPDATE: The suspect in yesterday's stabbing & subsequent deputy involved shooting, identified as Steven Belville (DOB 2/13/85), has died as a result of his injuries. The victim is now in stable condition. More details: https://t.co/f5rxIvPFTz https://t.co/E2zKGNa2jq

Investigators say a domestic argument over unpaid rent turned into a stabbing and ultimately ended with a deputy shooting an armed man Wednesday morning in Bradenton.

The Manatee County Sheriff's Office was first dispatched around 10 a.m. for a domestic situation in the 4300 block of 80th Street West. Deputies say a woman called 911 to say her brother was stabbing her boyfriend.

According to law enforcement, the first deputy arrived and found the boyfriend laying on the ground behind a car in a carport, as the woman's brother stood over him. Investigators say the brother began walking toward the deputy and yelling profanities while raising a handgun and pointing it at the deputy.

From the deputy's perspective, Sheriff Rick Wells said the situation went very quickly from "someone that he believed had a knife to someone pointing a gun at him."

Believing there was an immediate threat, the deputy fired several rounds at the woman's brother, who has since been taken to the hospital. The boyfriend who was stabbed was hospitalized, too. As of Wednesday afternoon, they were both listed in critical condition at Blake Medical Center.

The deputy was treated at the scene for a minor elbow injury. He has been placed on paid administrative leave per standard protocol.

Wells described the scene as "gruesome" and said there would be multiple investigations, including the criminal investigation of the initial stabbing and the formal investigation that is standard when a law enforcement officer discharges a firearm.

The sheriff's office said deputies had been to the home previously and knew there was an ongoing rent dispute.