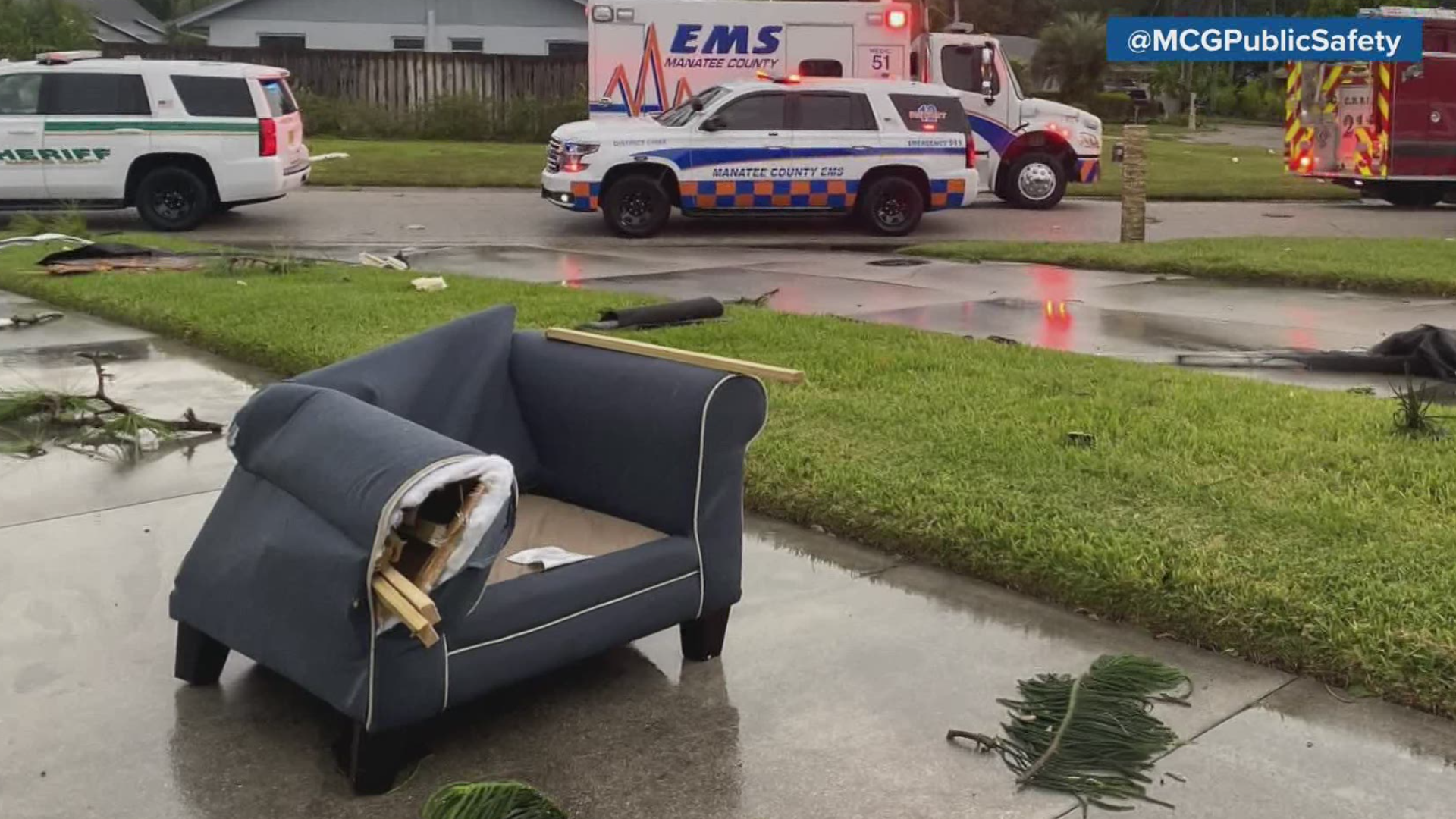 BRADENTON, Fla. — As severe storms swept through parts of Tampa Bay, Manatee County EMS says at least one person was injured and several homes were damaged.

According to county authorities, the person was injured Saturday evening during a possible tornado near El Conquistador Parkway. The National Weather Service says the damage was likely caused by straight-line damaging winds.

Manatee County Public Safety says county EMS Chief Steve Litschauer was also on the scene and officials offered everyone impacted by the storm in the area assistance from the Red Cross.

According to county emergency management, 20 homes were damaged by wind. Five of those homes had major damage with large sections of roofing removed.

Other damage happened to windows, awnings, screen enclosures and trees.

Have storm pics? Send to 10 Tampa Bay via our free app using the "Near Me" feature on the bottom right of the app.