Grandmother who says she was tased by deputies plans to sue 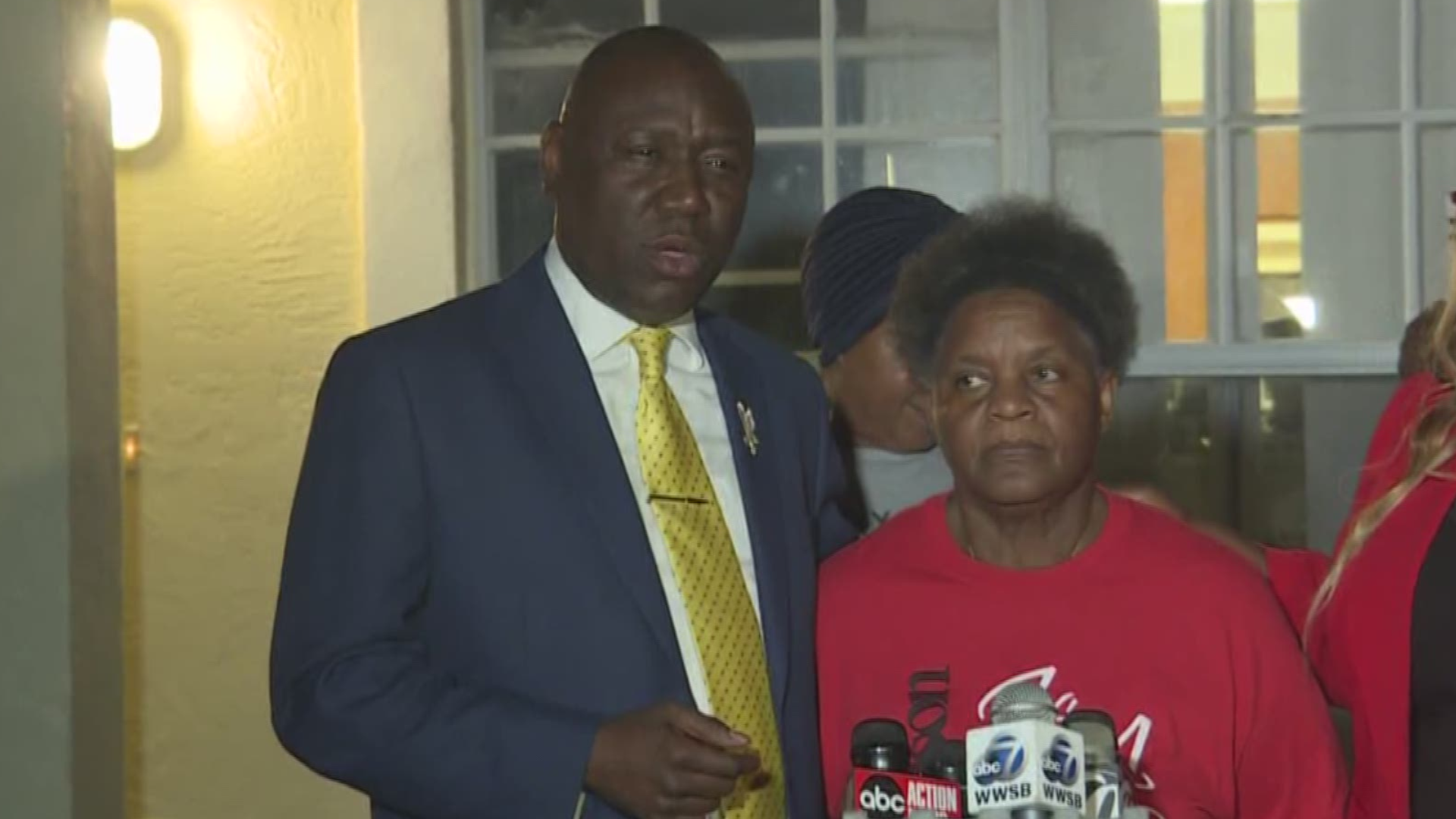 MANATEE COUNTY, Fla — A well-known civil right attorney is demanding justice from the Manatee County Sheriff's Office after a deputy was filmed tasing a 70-year-old December 26.

"I'd like to say, what he did to me isn't right. Because I asked him not to come in and he said he was coming in anyone," Barbara Pinkney said, addressing reporters Thursday evening.

Attorney Benjamin Crump said at that news conference that the deputy who tased Pinkney had no right to do what he did.

"This is a 70-year-old grandmother who was manhandled by these policemen because she said she knew her constitutional rights," Crump said.

Crump said he was "offended" by the Manatee County deputies' actions.

"When you watch that video, you see your mother, our aunts, our grandmothers," he said.

On Monday, Manatee County Sheriff Rick Wells told 10News that he has opened an internal affairs investigation. The sheriff also said deputies have been to Pinkney's house 30 times in the past three years. Wells said his deputies were serving an arrest warrant on one of Pinkney's family members and were acting within their rights.

"We know the deputies had a legal and lawful right to be there and enter the house, we know the subject we were looking for lives there," he said.

10News reached out to the sheriff's office for a response, but they have yet to comment on the lawsuit.