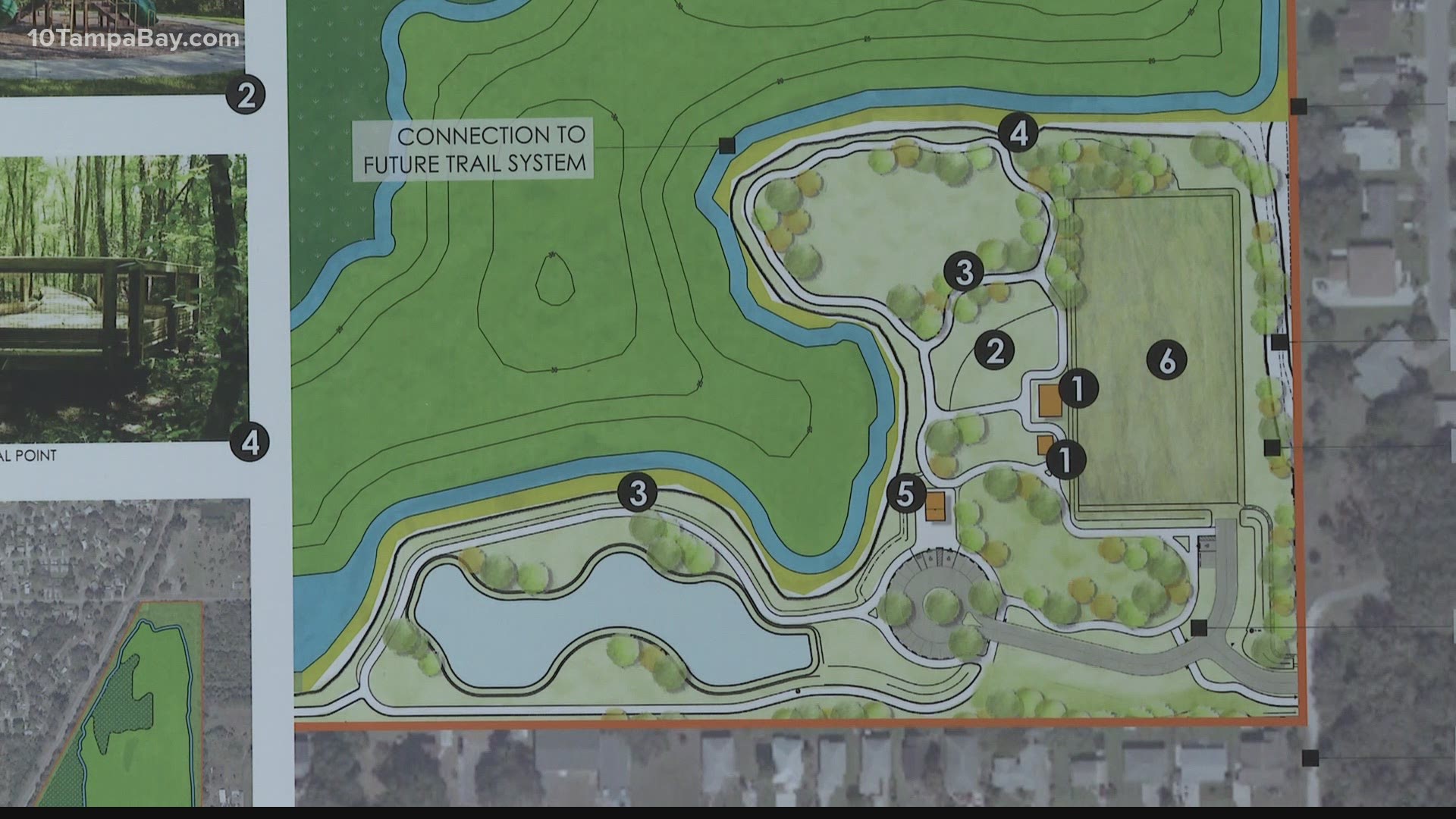 The new park will be built atop a former borrow pit on an 88-acre parcel of land.

According to leaders with the Manatee County Parks and Natural Resources Department, the park would be built in phases and is located at 3011 8th Ave. E., Palmetto. The first phase of the park construction includes a central pavilion, a children's play area and a multi-use field.

The second phase of the project, which would be led by the U.S. Army Corps of Engineers, would see them bring in 1 million cubic yards of dredged material from Port Manatee over the next decade. This would be used to fill in 20 acres of a former borrow pit to create a passive park and nature preserve.

County leaders said that part of the project began earlier in 2021 and would be used to create a contoured landscape with walking trails for recreation as well as stormwater quality improvements. The option of moving infill from the port, according to the county, would save more than $10 million in equivalent costs had they not entered the partnership with the U.S Army Corp of Engineers.

"The residents of Palmetto and District 2 have waited a very long time for this moment and I know people are excited to have Washington Park come to reality," said District 2 County Commissioner Reggie Bellamy in a statement.

"I'm so appreciative of the many people who worked diligently for many years to make it a reality," Bellamy said.

The Washington Park will be the largest recreational community green space in the Palmetto area.

There will be remarks by elected officials, Port Authority and U.S. Army Corps of Engineers staff and community partners.

County officials said construction on the first 12 acres of the park should take about a year to complete. They expect to open that part of the park by late spring of 2022.