One person dead in Silver Spring house fire, no smoke alarms inside

Fire officials tweeted that responding crews encountered what appeared to be a hoarding situation inside the home. 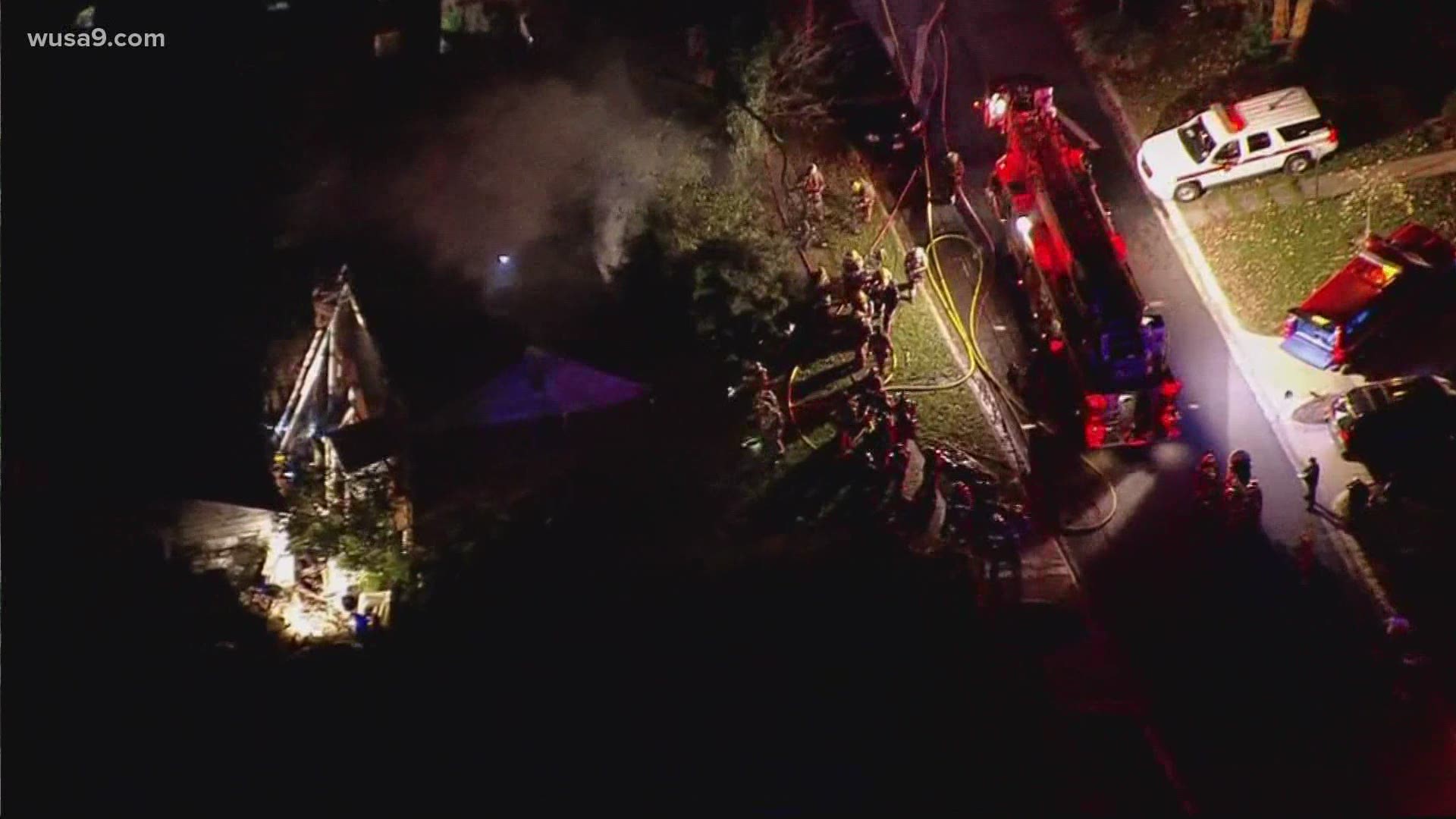 The cause of the fires is still under investigation, but Pete Piringer, a spokesperson for the Montgomery County Fire Department tweeted that there was a possible hoarding situation inside the home, with lots of furniture that may have contributed to the fire.

The blaze was first reported around 9:25 p.m. in the 10000 block of Lorraine Ave. off of University Boulevard. Responding crews found a two-story single-family home with heavy fire showing when they arrived, Piringer said on Twitter.

About 85 firefighters responded in order to bring the fire under control. After the fire was extinguished, crews searched the home and found a the body of a person on the second floor. The person was pronounced dead on the scene. That person has not been identified, and firefighters said that person was the only person in the home at the time.

No other injuries were reported.

Update - 10000blk Lorrain Av, FATAL fire, under investigation, once the fire was fully extinguished @mcfrs Fire/Explosive Investigators have confirmed (pending ID) a body now believed to be the lone resident, had been located on the 2nd floor (amongst debris) during the firefight https://t.co/4rEDBvbZmT pic.twitter.com/UnakwlNpxd

Investigators are still working to determine what sparked the fire, but say the fire started in the bedroom and the home did not have smoke alarms.

In a tweet Saturday, Piringer estimated the fire caused about $600,000 in damage.

RELATED: DCRA investigator speaks out about fatal Kennedy Street fire: 'People died in that place. It didn't have to happen'

RELATED: Three people save an elderly man with critical injuries from a house fire in DC

RELATED: 'This is not fake news': Dr. Fauci talks holiday travel safety and upcoming vaccines in 1-on-1 interview