She is serving as Tampa's 59th mayor. 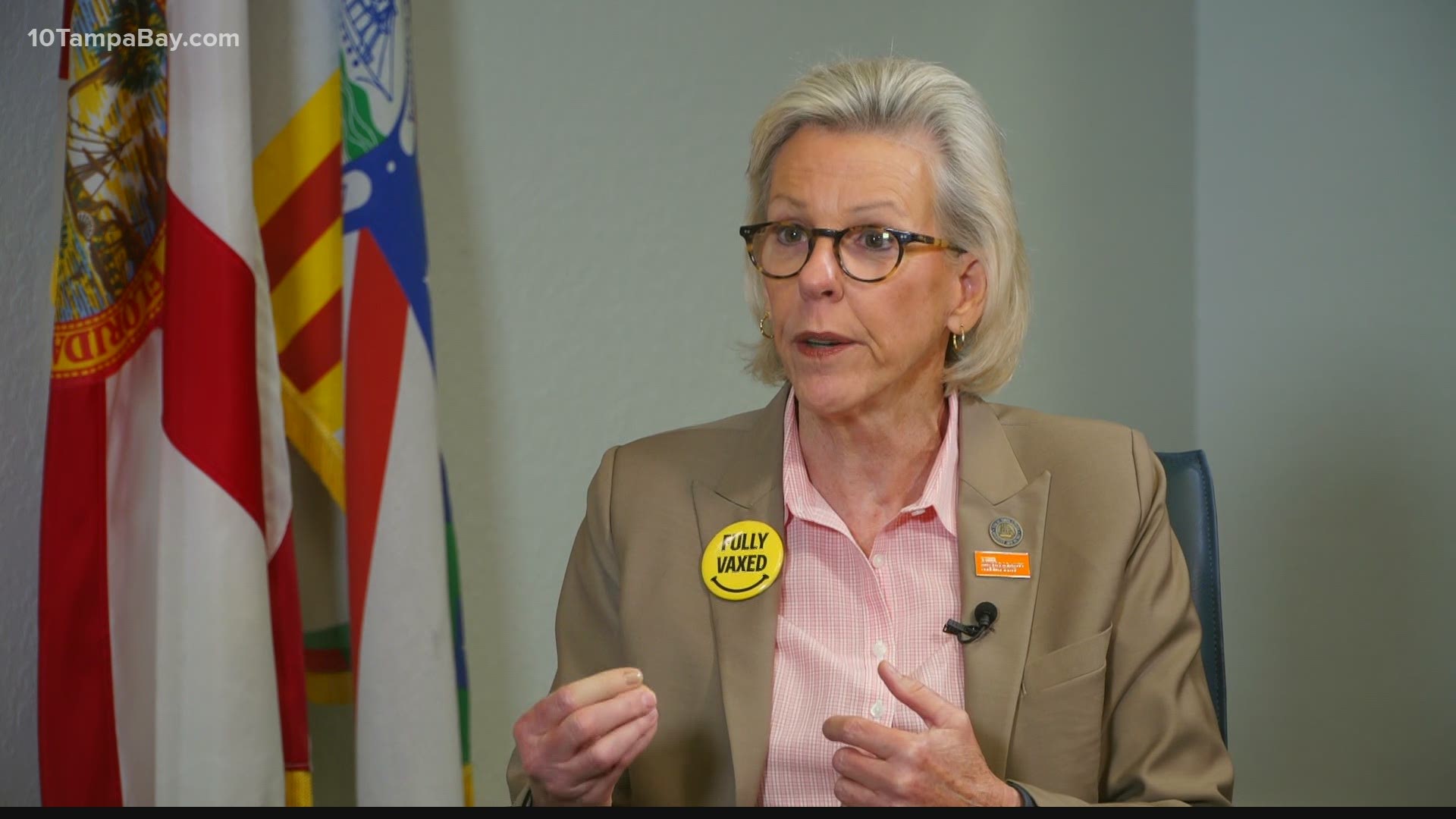 It wasn't your ordinary State of the City Address. Video posted to her page showed her taking a tour of the area while talking about its accomplishments.

The biggest thing the mayor, who is halfway through her four-year term, hit on was how much the city has grown. She highlighted the overhaul of the permitting process that has helped businesses expand.

“The Riverwalk is nothing short of amazing and we had, through the pandemic, 52 major developments in progress,” said Castor of the past year.

The video starts with Castor in the driver's seat of a car picking up some mystery passenger at Tampa International Airport. From there, the tour heads all over.

While during most of the video viewers don't get to see who was in the backseat, it is revealed at the end. It's none other than all the trophies our area sports teams have won this year.

Castor is serving as Tampa's 59th mayor. She assumed the role of mayor in May 2019 after winning a general runoff election. On Wednesday, she sat down for an interview with 10 Tampa Bay's Beau Zimmer.

She says that’s astounding considering many projects were forced to shut down during COVID in other major cities across the U.S.  Here in Tampa, safety protocols put in place, allowed the work continue.

“During the pandemic we permitted $4.5 billion in development that was $1.9 billion higher than 2019,” Castor said.

The mayor credits her predecessors Pam Iorio and Bob Buckhorn for setting the city up for success as evidenced by massive projects like the Riverwalk and Water Street. Now she says work continues planning the Tampa of the future.

“The city is going to change more in the next decade than it has in my entire life.  But we have to be very intentional about that growth," she said.

Among her key initiatives are ensuring families can find a place to live in whatever part of the city they choose.

Other improvements are less visible like the city’s PIPES program aiming to reduce costly water main breaks due to the city’s aging underground pipes.

“$3 billion is the largest structural project in the city’s history to replace those water and wastewater pipes so that we can stop responding to the brakes," she said.

The mayor hopes to move forward on a new combined city services center moving multiple city departments renting office space throughout the city into one city owned building by 2024.

There are also plans for a new police headquarters and EOC as part of a separate project that’s drown pushback from some asking if the money could be spent differently.

“The police headquarters downtown has millions of dollars in need of repairs and it’s reached a point where that land is become valuable and so if we can build a new police headquarters and an emergency operation center making money off of the deal -- who wouldn’t do that," she said.

But perhaps the highlight of Castor’s time in office was the success of our Tampa sports teams and becoming the first city in history to host its own team in a Super Bowl and then winning!

“For us to have really rolled up our sleeves and fought through this pandemic and endured so many downturns and so many unknowns and then to be faced with just that sheer joy," she said. "It was just joy for the entire community and something that everyone could take part of.”

Before Castor was mayor, she spent 31 years with the Tampa Police Department. Then in 2009, she became Tampa’s first female chief of police, serving for six years in that role.