At the new University of Texas at Austin arena, actor Mathew McConaughey will be an ambassador for culture, ensuring a fan experience like no other. 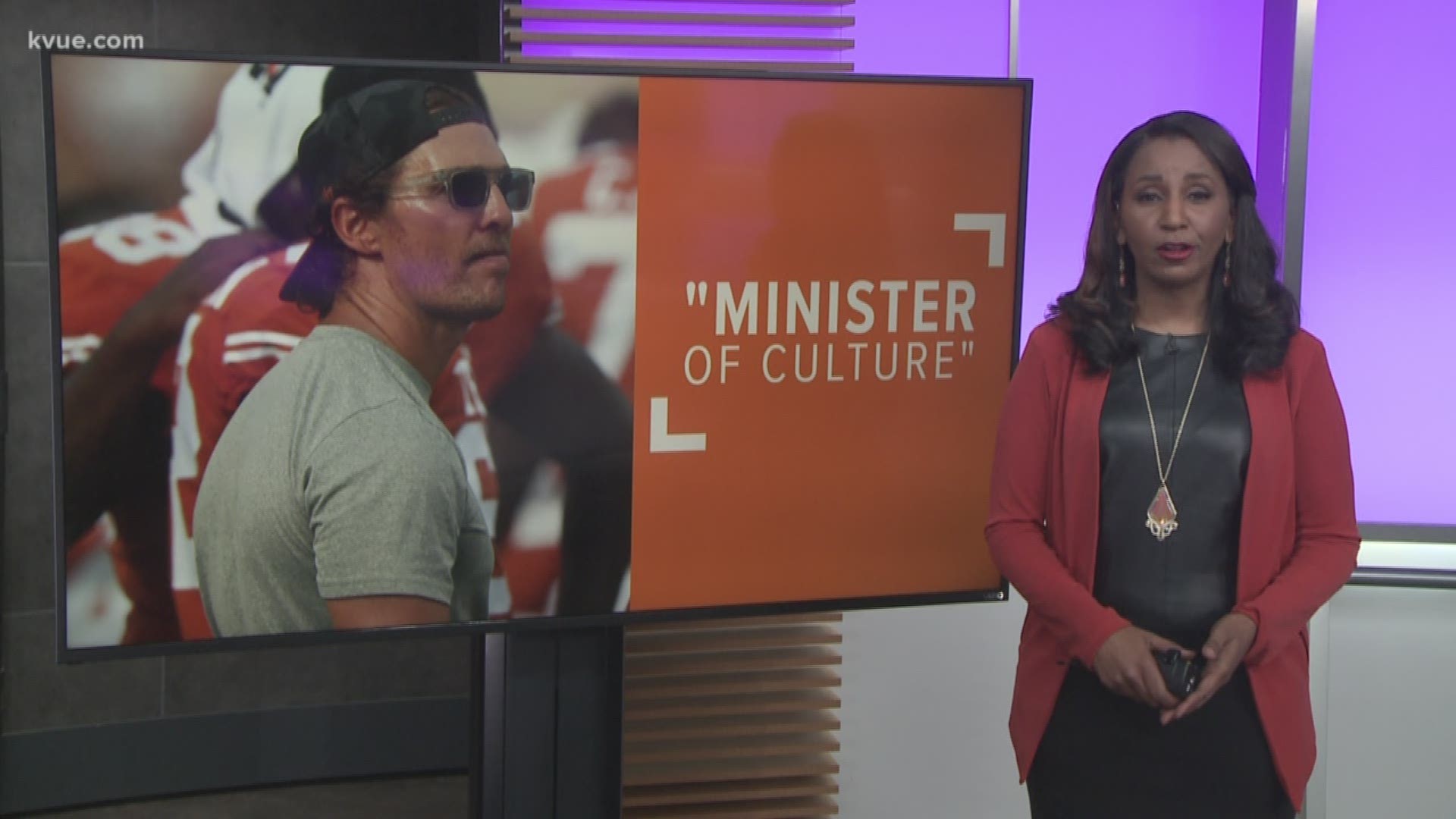 AUSTIN — Along with the approval of a new $338 million basketball arena, the University of Texas Board of Regents also approved a new title for Matthew McConaughey: Minister of Culture.

The Academy Award-winning actor's new role will be to ensure that Longhorn and Austin cultures are at the forefront in the new arena. He'll also work to create "a fan experience unlike any other."

"We’re building one of the nation’s finest arenas that will provide an awesome home court advantage for our basketball programs and a premier entertainment venue for the City of Austin."
🗣 @_delconte
https://t.co/EEQ3edj7T2 | #HookEm🤘 pic.twitter.com/bBcYeEhK1N

“C3’s headquarters are in Austin," said Charles Attal, partner, C3 Presents. "We work here, raise our families here, and as a native Austinite, it is a dream opportunity to have this agreement with UT and work with world-class partners to bring this project to life. We are incredibly excited for the level of experiences and entertainment that this incomparable arena will bring to our great city."

The 10,000 seat arena will be the home to men's and women's basketball games, with the availability to add 5,000 more for touring concerts and shows. The arena will also feature student seating around the court during games.

The university aims to have it all completed by 2021.