"The case has already been submitted to our internal affairs division," said Minneapolis Mayor Jacob Frey. "There is an investigation that is already underway." 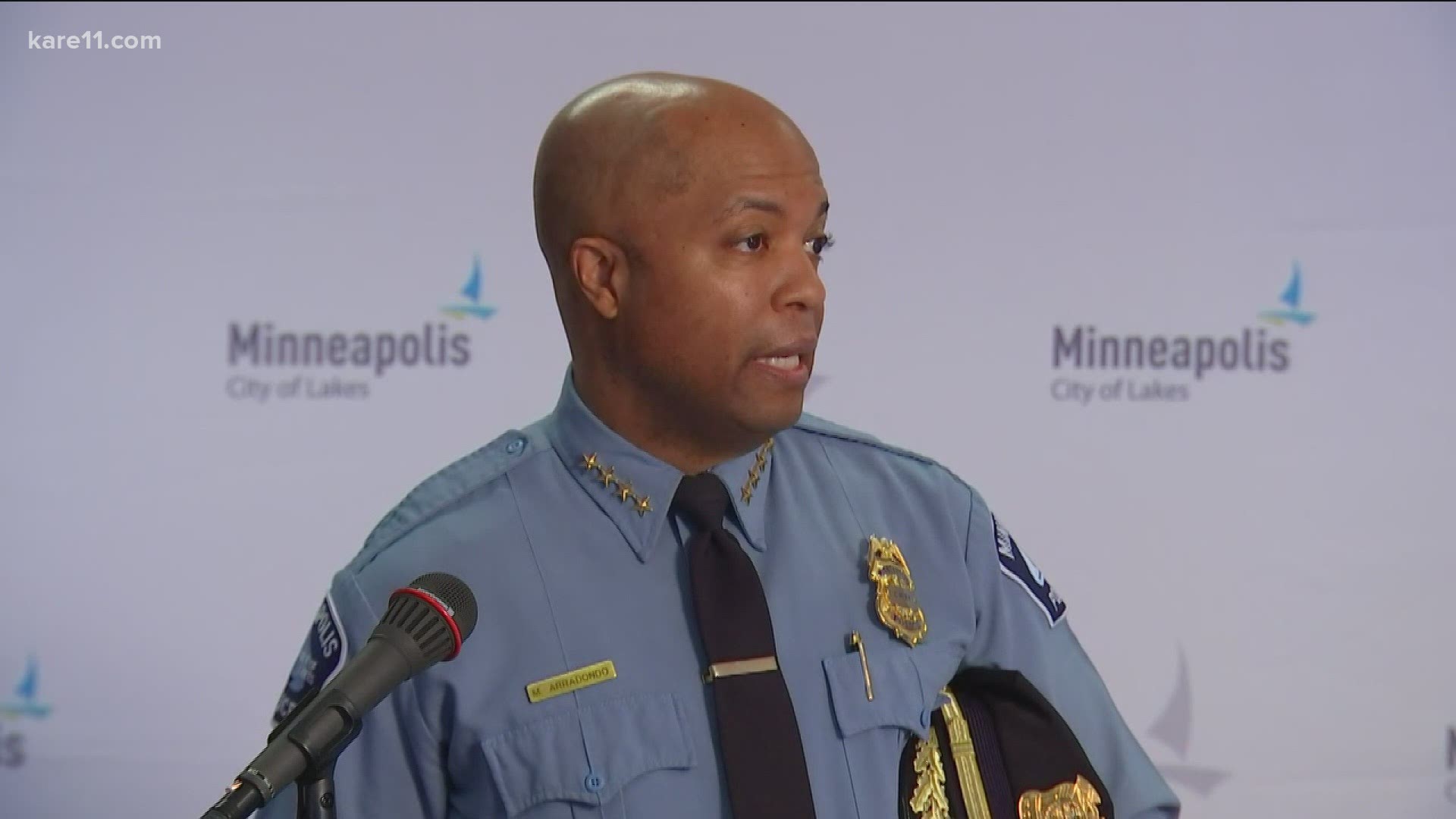 MINNEAPOLIS — A video that reportedly shows a Minneapolis Police Officer punching a teenager has sparked an internal investigation. There are also witnesses who have come forward about what they saw happen during the incident caught on camera.

The alleged police punch happened during an investigation about a carjacking involving a couple attacked by three suspects. The suspects lead police officers on a pursuit into Minneapolis where officers got involved before the suspects fled the stolen car and ran away. The incident got the attention of people in the neighborhood.

Jalyne Murry told KARE 11 that suddenly he and his 15-year-old brother noticed a lot of Minneapolis officers in the area where they were walking.

"Out of nowhere all these police just came," said Jalyne. "It was like a million police out of nowhere."

The video shows a Minneapolis Police Officer punching a teenager, who Jalyne identified as his 15-year-old brother.

Jalyne told KARE 11 that officers approached his younger teenage brother moments before the punch, which he himself caught on camera. The elder brother claims they had just shaken hands and split up before his little brother was approached by officers. He believes his brother was mistaken for being involved in the carjacking.

"Why are you around us," said Jalyne. "You are supposed to be serving and protecting in our community."

The punch came as police investigated a carjacking-turned-chase where three suspects eventually ran away from a stolen vehicle. Police say officers set up a perimeter to try to arrest them, which eventually grew a crowd. Among them Joshua Ammart. He demonstrated seeing the officer punch the teenager knocking him to the ground.

"This is not a black and white issue," said Ammart, "This is a wrong and right issue. They were trying to put him in a squad at that point, being very aggressive -- you know, knees to the stomach, the child was scared."

Minneapolis city leaders promised they're investigating the officers' actions as protestors called for his immediate termination. There is still no word if the 15-year-old is a suspect in the carjacking or if his arrest is connected to the case.

"You have to let the investigation and I have to receive information," said Minneapolis Police Chief Medaria Arradondo. "They have to have the time to collect the evidence so at this time there has been no decision."

"The case has already been submitted to our internal affairs division," said Minneapolis Mayor Jacob Frey. "There is an investigation that is already underway."

Part of the investigation will include looking at the body camera video from the officers involved in the detainment of the 15-year-old.

A network of community activists held a media conference Thursday to address the video.

“We saw him rear back and knock this young boy out. Now we demand a termination, then we can do the investigation later for the other officers involved,” said Elizer Darris of the Minnesota Freedom Fund.