More than 20 people arrested for burglary, rioting after Sunday protests in Tampa

Mayor Castor and Chief Dugan will hold a news conference at 11:00 a.m. 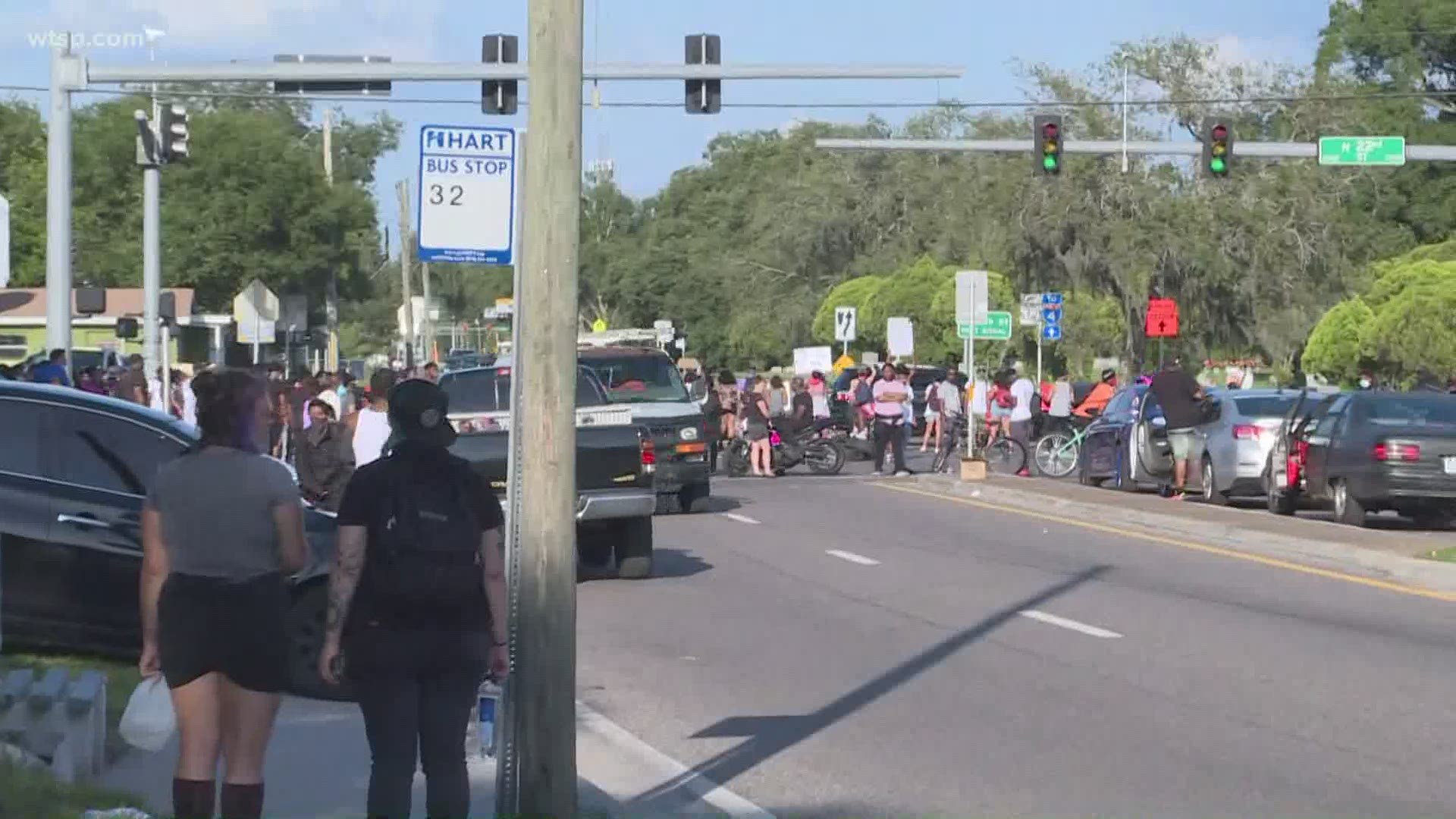 TAMPA, Fla. — Tampa Police say they arrested 21 people Sunday night after protests that turned into rioting and looting around the city.

Floyd's death has led to peaceful protests around the country with demonstrators demanding justice. But, as many protesters peacefully point to concerns about racial injustice, other groups have created chaotic scenes near the protests, including in Florida.

Police in Tampa say charges among those arrested range from burglary to rioting and violation of curfew. Police say one business, Hopes Food Store, was damaged along with three law enforcement cruisers.

Mayor Jane Castor said during a press conference Monday morning that the curfew put in place yesterday will continue today "out of an abundance of caution."

Dugan warned peaceful protesters to stay home Sunday because the police will take an "even harder stance." Later that day, a city-wide curfew was put in place from 7:30 p.m. to 6:00 a.m. and will remain until further notice.

"What I saw today was shameful," Castor said at one point during Saturday's press conference. She said she had hoped most of the people arrested last night were from out of town, but most were from the Tampa area.