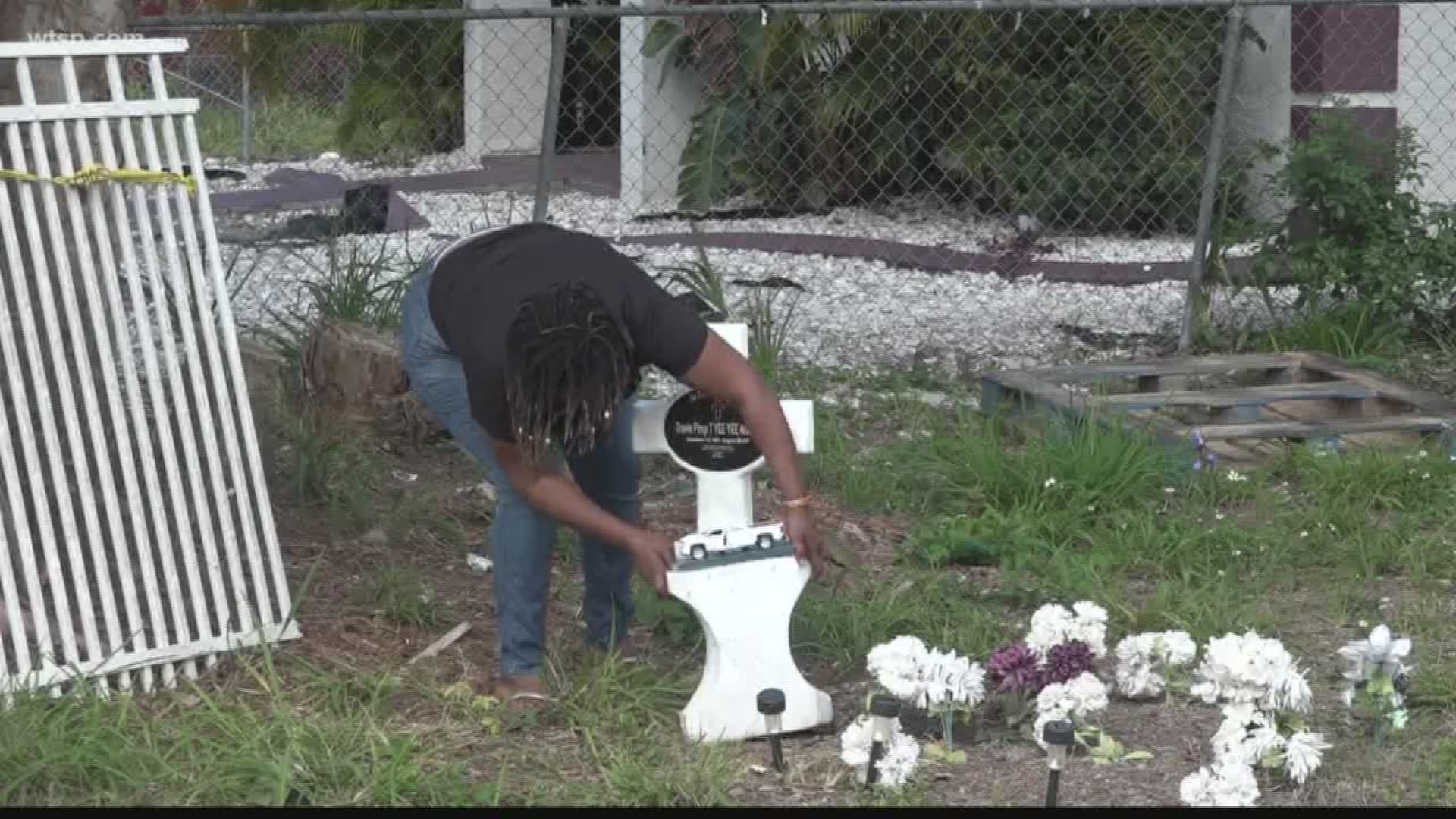 SARASOTA, Fla. — While Jabez Spann’s family mourns his death and plans his funeral, some in the community believe his disappearance is connected to a local murder case.

The murder victim’s aunt says developments in her nephew’s murder case have been slow and it may be because a crime-fighting tool in the neighborhood may have missed crucial evidence.

A memorial marks the area where Jabez Spann’s skeletal remains were recently found in Manatee County. He disappeared on Labor Day 18 months ago.

Teresa Richardson says she knows why he died.

“He witnessed a murder,” she said.

The murder she refers to is her nephew Travis Combs. His body was found in the lot next to her home right outside her bedroom window one week before Jabez disappeared.

“When he walked here to go to his grandmother’s house, he witnessed the murder that took place here," Richardson says. "He said, 'Oh my God, y’all shot that man.' That’s exactly what he said. He started talking. Because he talked that’s what cost him his life.

"Let’s be real: Who do you think did this? The same person who did it to Travis.”

Sarasota police say they do not know if Spann’s death is related to the Combs case, but they have been looking into it.

Richardson believes security cameras a block away captured her nephew’s killer and says she saw someone drive off with his car soon after the shooting.

“I asked the second day after his murder to pull the cameras at the end of Palmadelia to solve his murder," she said, but "they told me the cameras didn’t work.”

Sarasota’s Housing Authority Director William Russell says he believes the cameras were working at the time but network issues may have prevented them from seeing the recorded footage.

Last year, at least 10 cameras in the public housing area were not working. The city is trying to assess how many are down and which ones they should fix or replace.

Richardson says, “Even if they don’t work two years later, why are they still up there making citizens feel safe but they’re not 'cause the cameras don’t work?"

The city says it is streamlining oversight of those surveillance cameras to be under the umbrella of one city department.

The city set aside $100,000 and plans to hire someone to oversee the cameras’ operations.

RELATED: Timeline: Remains of Jabez Spann found in Manatee County after he was missing for more than a year