Everything must go | Chesapeake Kmart to close by year-end

Shoppers in that part of Chesapeake are growing concerned as more and more businesses shut down. 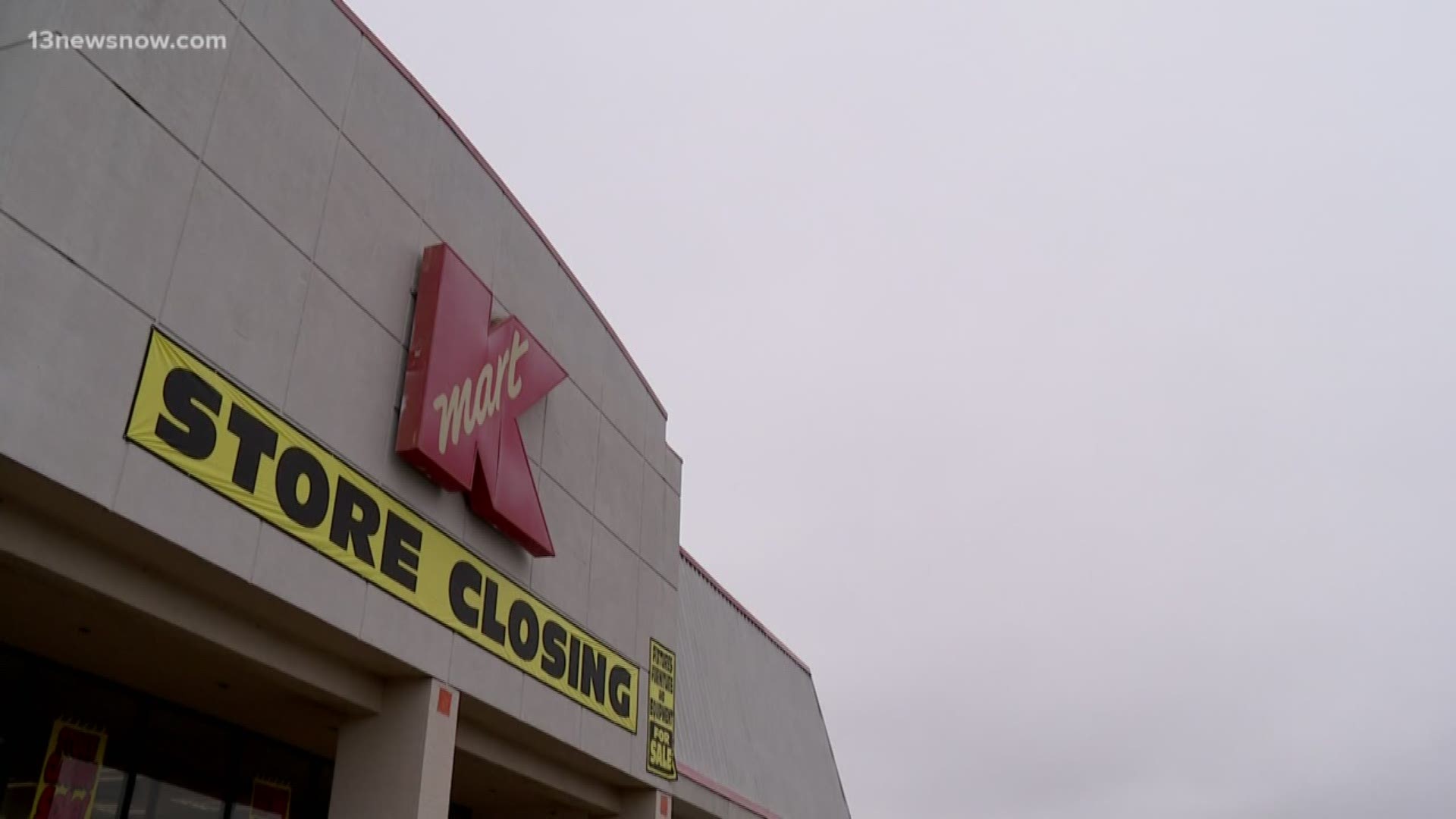 CHESAPEAKE, Va. — Chesapeake's Kmart store on South Military Highway is closing by the end of the year, and area residents said once it closes, there won't be much else left in the area.

"It is disappointing," shopper Ron Hoover said. "Especially in today's economy with everything supposed to be flourishing. It doesn't seem like it is, right here."

The phrase "Going Out of Business" is plastered all over the last Kmart on that side of Hampton Roads.

People said in that area, near Campostella, said there's not much happening in that part of town.

"Only stores we have now really is the malls and they're closing them down. We don't really have nowhere to go," Chesapeake resident Fred Robinson said. "This area here back in the day it was very busy…Now it seems like it's more vacant than anything."

This Kmart is the latest in a string of closures by the parent company, Sears. The company filed for bankruptcy, in October 2018.

Since then, Sears executives announced more than one hundred store closings across the country.

This isn't the only big box shop that's facing problems.

As more customers choose online shopping, places like Kmart, Toys R Us, and department stores are contending with falling sales.

"I think online shopping had a large part to play in this," Hoover said. "I'm of the older generation and we never used to online shop but we're doing that now."

Reached for comment, a spokesperson for Kmart called the closure a "difficult but necessary decision" and revealed the store will be closing permanently in December.

Sears PR Director Larry Costello said in a statement: "After careful review, we have made the difficult but necessary decision to close the Kmart store in Chesapeake, Virginia. The liquidation sale is in process and the store is planned to close by mid-December.  We encourage customers to continue shopping on Kmart.com for all their product needs."

The Kmart is Chesapeake is one of two in Hampton Roads. The Kmart in Tabb is also closing in December.

RELATED: The City of Chesapeake has plans to make a public lake a lot less stinky

Chesapeake resident Hugh Stephenson said the Kmart has been "like a landmark" in that area.

"It's been here for a while," he said. "I'm really going to miss it. But you got to move on with the times."

There's no word on what's going to happen once Kmart shuts down.

"I don't know what they're going to put in this place because they might get a bulldozer," Hoover said.

Robinson said: "It might just turn out to be another parking lot, who knows."