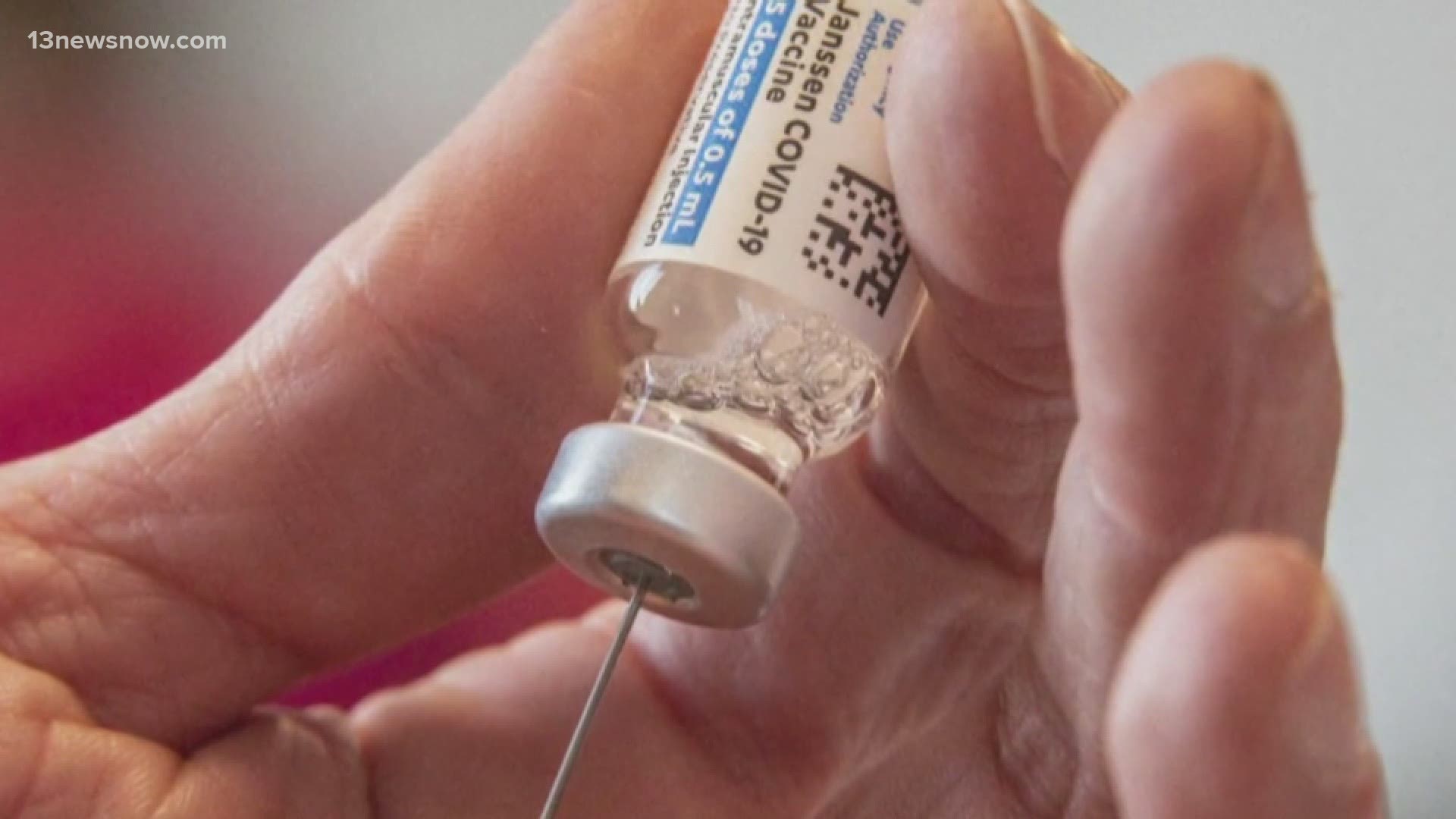 NORFOLK, Va. — There are only two choices on the table now: Pfizer or Moderna.

But despite a pause in the use of the Johnson & Johnson COVID-19 vaccine, a Norfolk pharmacist said people are still eager for appointments.

Pharmacists at Norfolk’s Peoples Pharmacy have been administering the Johnson & Johnson and Moderna vaccines to people in the community.

Owner, Anna Peoples said the pause isn’t causing them too much trouble.

“A lot of people did initially want the J&J and now, they’re actually now just wanting any vaccine that’s available to them," Peoples said. “People that were scheduled to get the J&J vaccine from us have just switched over to the Moderna... I personally have not seen any hesitancy.”

“I wasn’t sure," she said. "I thought that would be a safe option but it has a lot of publicity now.”

But St. George is still getting vaccinated with Moderna.

Peoples said she understands the concerns, but as with any medication, her team takes the time to research.

“We’re the drug experts. We study drugs all the time. That’s what we enjoy doing," Peoples said.

“We vet people and look very closely at the adverse effects they may receive from the vaccine," Peoples explained. "And one of the things that you look for is does the patient - or the individual that's come in - have a bleeding disorder.”

Those who did receive the Johnson & Johnson shot are advised to monitor for symptoms. But it’s important to note that health experts said serious side effects are extremely rare. Six people out of nearly seven million experienced a severe reaction.

“It was just a small number of people that actually had the blood clots but not to make light of that, it’s very important because one person died," Peoples said.

“Our goal is just to continue to vaccinate as many people as we can and get them protected.”

The Centers for Disease Control is investigating a Virginia woman who died after she got the shot.