Michele Alexandre is the first African American to be the dean of the law school. 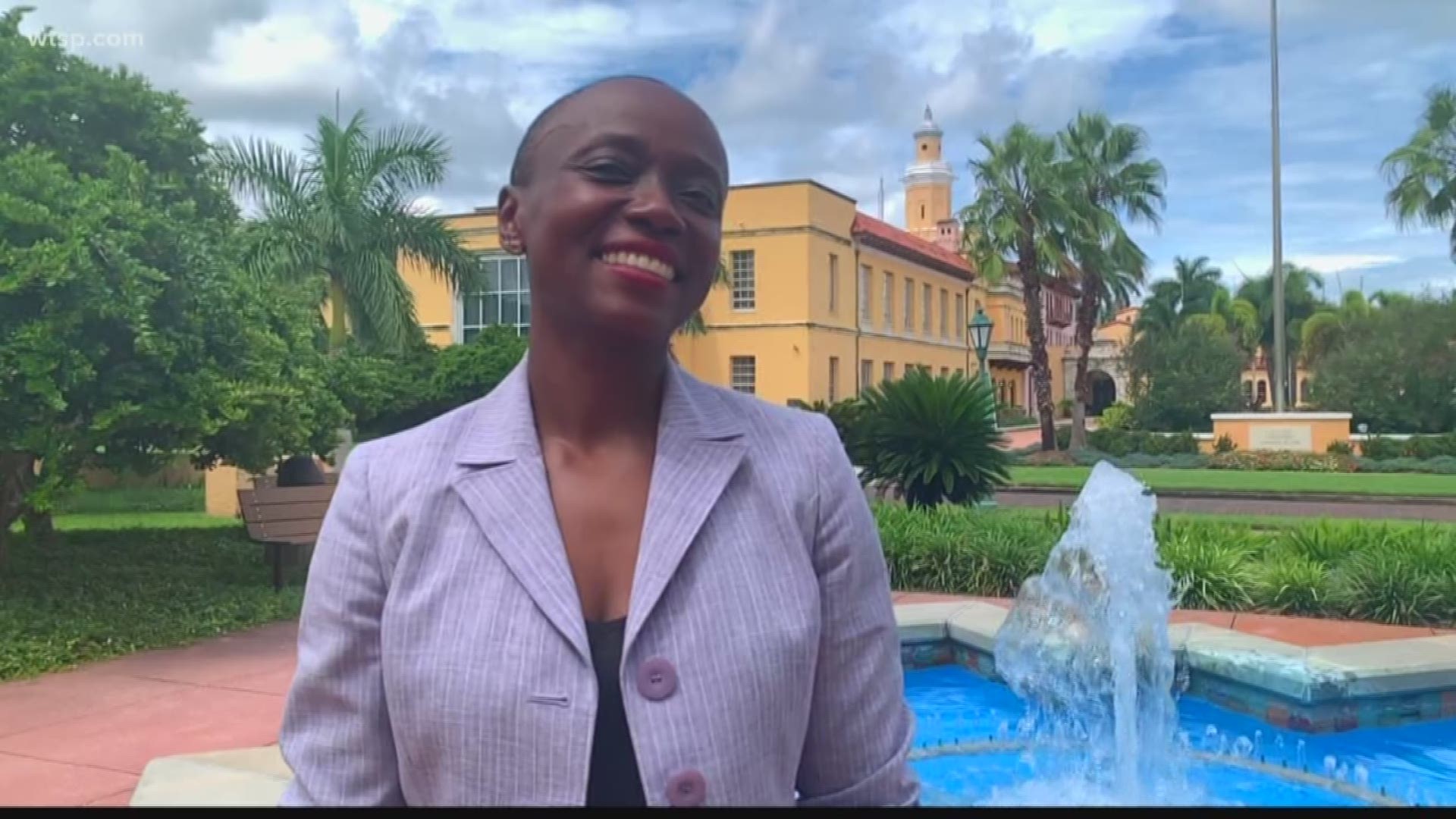 GULFPORT, Fla. — She came from Haiti and didn’t speak English until she was 15.

Today, she is dean at Stetson Law School—the first African American ever to hold the honor.

It was a hunger for learning that pushed Michele Alexandre to become fluent in English, learn Latin and excel in academics, becoming valedictorian at Colgate University, then heading to Harvard for her law degree.

"I didn't know how to speak English until I was 15 because English wasn't part of my world. I never traveled. That's not the kind of people that we were,” she said.

Alexandre came from a world where there was great poverty.

"In Haiti, there's a big gulf between people who have access and people who just don't,” she said. "But I had books.”

She was able to attend Catholic school and earned an education that included Latin and a love for Shakespeare.

"The Latin is the thing that helps me learn English,” she said. “I'm so hungry to be able to communicate to find a path, right? It's the story of access becomes the whole thing for me at that time because the typical immigrant story is you come with nothing and then if you're lucky enough to have some access and some mentors, then you might make it."

Alexandre also shared a deep connection with the late Toni Morrison’s work for the way it helped her better understand the English language.

“I read 'Beloved' at 15,” she said. “When Toni Morrison died, it was a personal thing to me because I was reading 'Beloved' both as a story, but [also] as a study of language. And I remember staying up at night really studying the syntax of those sentences and somehow having my brain work on them in a way where it became part of my fabric so that I learned English exponentially.”

Alexandre went off to college at Colgate University at 16, and to Harvard after that. She pursued a successful career in civil rights law, advocating for black farmers in the South. She’s also a staunch advocate for gender equality.

Alexandre says she hopes to bring her passion for justice to Stetson Law, and to the Tampa Bay community as a whole.

"What breaks my heart is the story of young people coming through who get demonized or where their human dignity is not affirmed and who get denied access,” she said. “I'm excited about being at Stetson because … we have said our school is a school of access and we're going to open doors rather than close them. That's why I'm so excited."