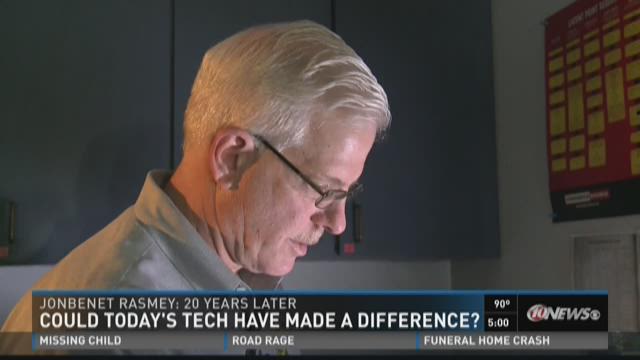 PINELLAS COUNTY -- Inside the Forensics lab at the Pinellas County Sheriff’s Office, new technology is leading the way to solving crimes quicker than ever before.

“We are getting more identifications then we have gotten years past,” says Greg Mason, Forensic Science Manager with the Pinellas County Sheriff’s Office.

“It’s a key piece of equipment for us. If we have case, where we don’t want to damage evidence by using black powder, then we can do it with this. Non-damaging to evidence itself,’ says Mason.

It can also help detectives identify a match within minutes.

“Some years past, it could take a week,” says Mason.

From fingerprint identification to a 3D image of the crime scene.

“One of the greatest benefits is that the jury no longer has to be taken to crime scenes because you have forever captured the crime scene,” says Mason.

It’s lasers and scans that did not exist years ago, like back In 1996 when child pageant star -- JonBenet Ramsey -- was murdered, leaving some to believe that if this type of technology existed back then, things might've been different.

Cases including Ramsey’s may have had a different outcome.