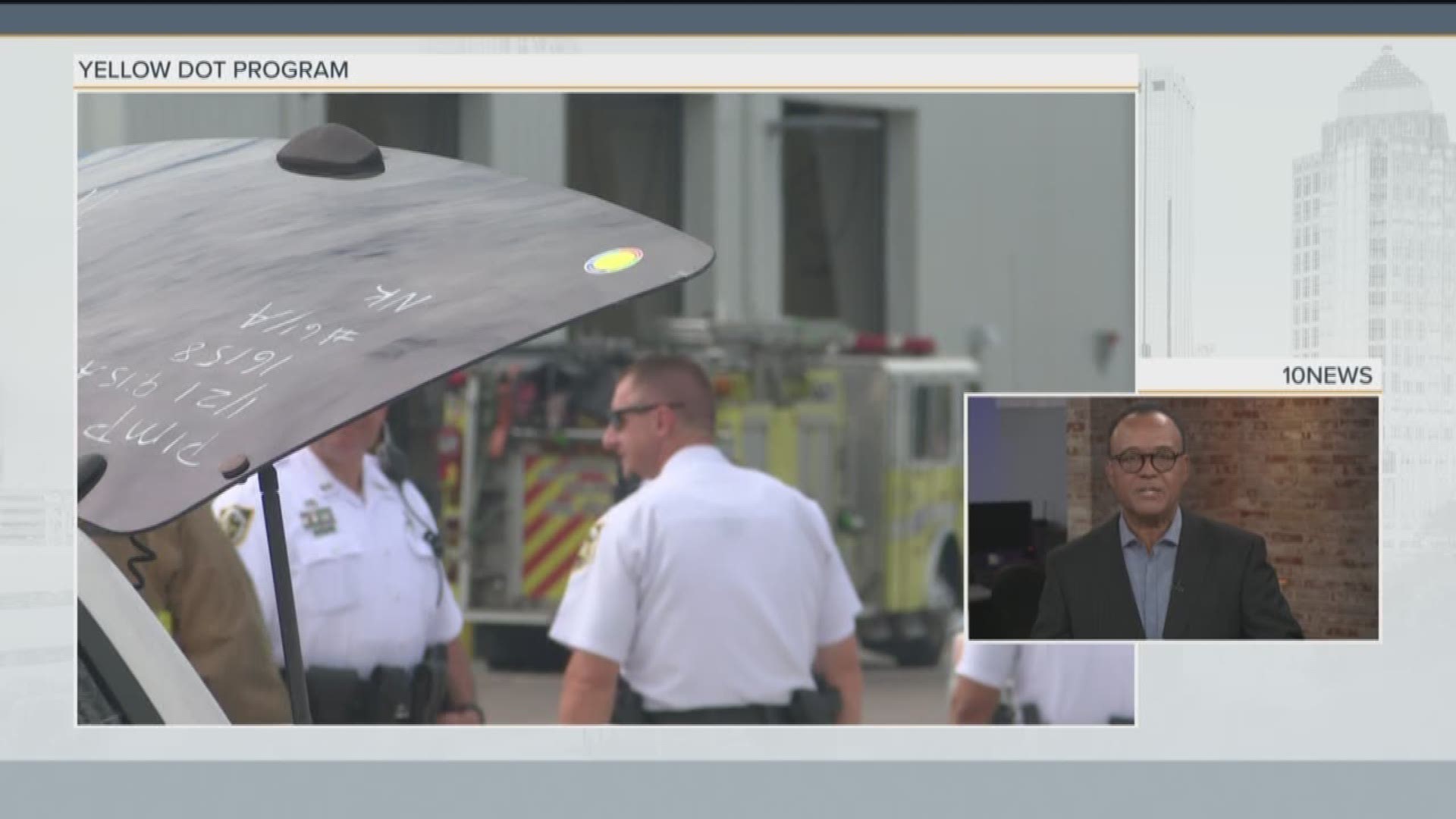 Her husband, Arthur Green Jr., suffered a diabetic seizure while driving in Tampa back in 2014. A witness called 911, but Lena Green says because police did not call for help immediately.

She still has questions about how police handled the situation.

Green believes her husband’s death could have been prevented if officers were better trained on how to recognize when a driver is suffering a medical emergency.

After Green’s death, his wife and family relentlessly pushed for action, and Commissioner Les Miller listened.

He helped establish Hillsborough County’s Yellow Dot program, which works by drivers placing a marked, yellow sticker on their rearview window to alert law enforcement and emergency officials that the driver has a medical condition.

“I’m so thankful to him for that,” said Lena Green.

The sticker is free, and can be picked up at any Hillsborough County fire station.

Only a handful of counties in Florida have implemented the national program, but Green says it is her hope other counties will follow suit.

In addition to pushing for the Yellow Dot program, the Green family has also hosted community conversations on police and community interactions, and pushed for the Arthur Green Jr. Act, which Governor Scott signed into law in 2015.

The act requires the Florida Department of Law Enforcement to provide ways for officers to be trained on diabetic emergencies.