In today's edition of That's Not How You Colorado... It's a boy! It's also litter! Someone didn't clean up leftovers from a gender reveal party in Jefferson County. 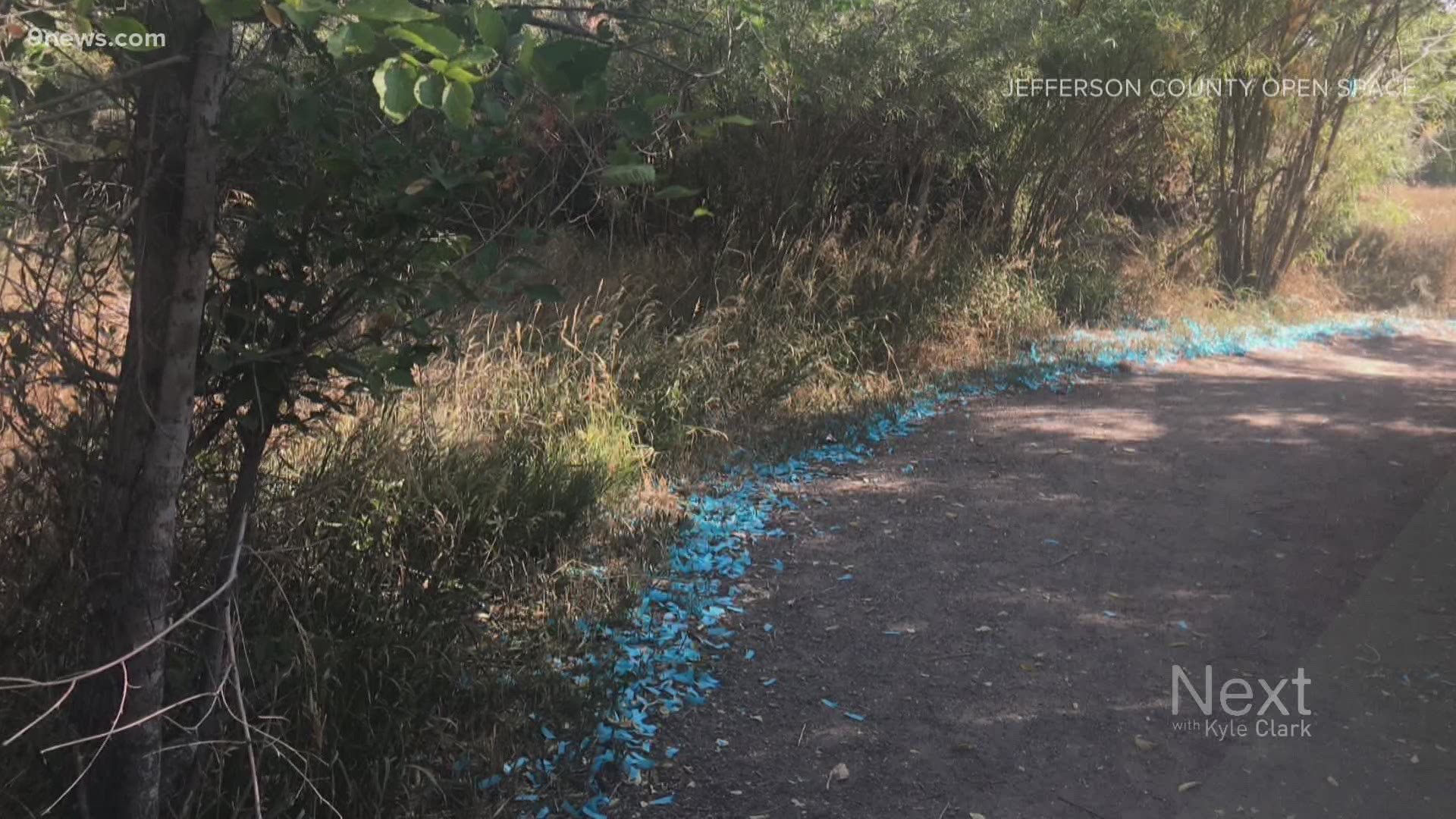 DENVER — In today's edition of That's Not How You Colorado... at least it wasn't a wildfire. Though, that does not make the aftermath of a recent gender reveal party less frustrating.

Jefferson County Open Space on Monday shared a picture of trash left behind at Crown Hill Park, near the southeast side of the lake there. Someone wanted the world to know they are expecting a baby boy, as evidenced by the trail of blue confetti scattered on the ground.

According to Jeffco Open Space, the ranger who found the mess spent three hours raking it already and was due back later to finish.

Pyrotechnics used at a gender reveal party sparked the El Dorado Fire in California in early September. The fire claimed the life of one firefighter and has burned more than 22,700 acres.

While the party in Jefferson County did not do nearly as much damage, authorities still consider this littering.

"Littering is littering, regardless of your baby's gender! If you choose to have a gender reveal party, please do so in a way that does not harm the environment," Jeffco Open Space wrote in a Facebook post. "This little celebration is a violation of regulation C.14. Litter: It shall be unlawful to deposit or leave any refuse, trash or litter in or on Open Space Lands except by depositing such refuse, trash or litter in designated waste receptacles."

If the person behind the mess is caught, the fine for the crime would be $100.

If you spot an example of "That's Not How You Colorado," email next@9news.com.

RELATED: Why gender reveals have spiraled out of control

RELATED: How to leaf-peep responsibly in Colorado

SUGGESTED VIDEOS: Full Episodes of Next with Kyle Clark