The rescued dolphin's historical odds of being right are slightly higher than 50 percent of the time. 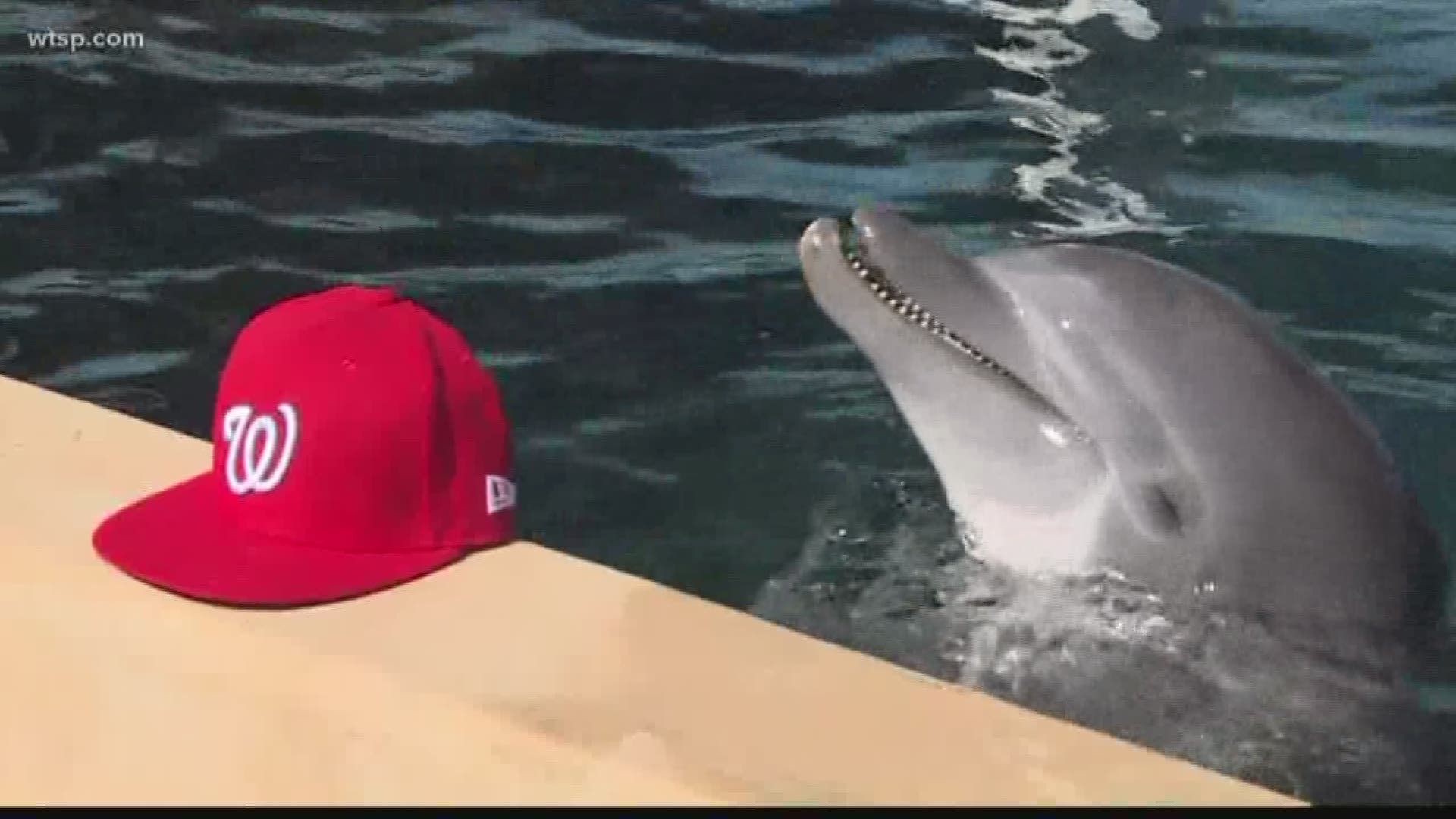 CLEARWATER, Fla. — Clearwater Marine Aquarium's rescued dolphin Nicholas made his pick for the next World Series winners ahead of tonight's first game at 8:08 p.m.

After carefully researching the analytics, Nicholas swam toward the baseball cap representing the team he believes will take the championship.

Or maybe just the part about swimming toward one of the team caps is more accurate. Either way, Nicholas chose the Washington Nationals.

This is the 14th championship pick for the dolphin, who has weighed in on a variety of season-end match-ups including the Superbowl, World Cup and the NBA Finals.

Out of 13 of Nick's previous picks, he was right seven times. Not bad for a rescued bottlenose dolphin who was found severely sunburned, orphaned and stranded back in 2002. That's when he found his new home at CMA, a non-profit marine rescue center.