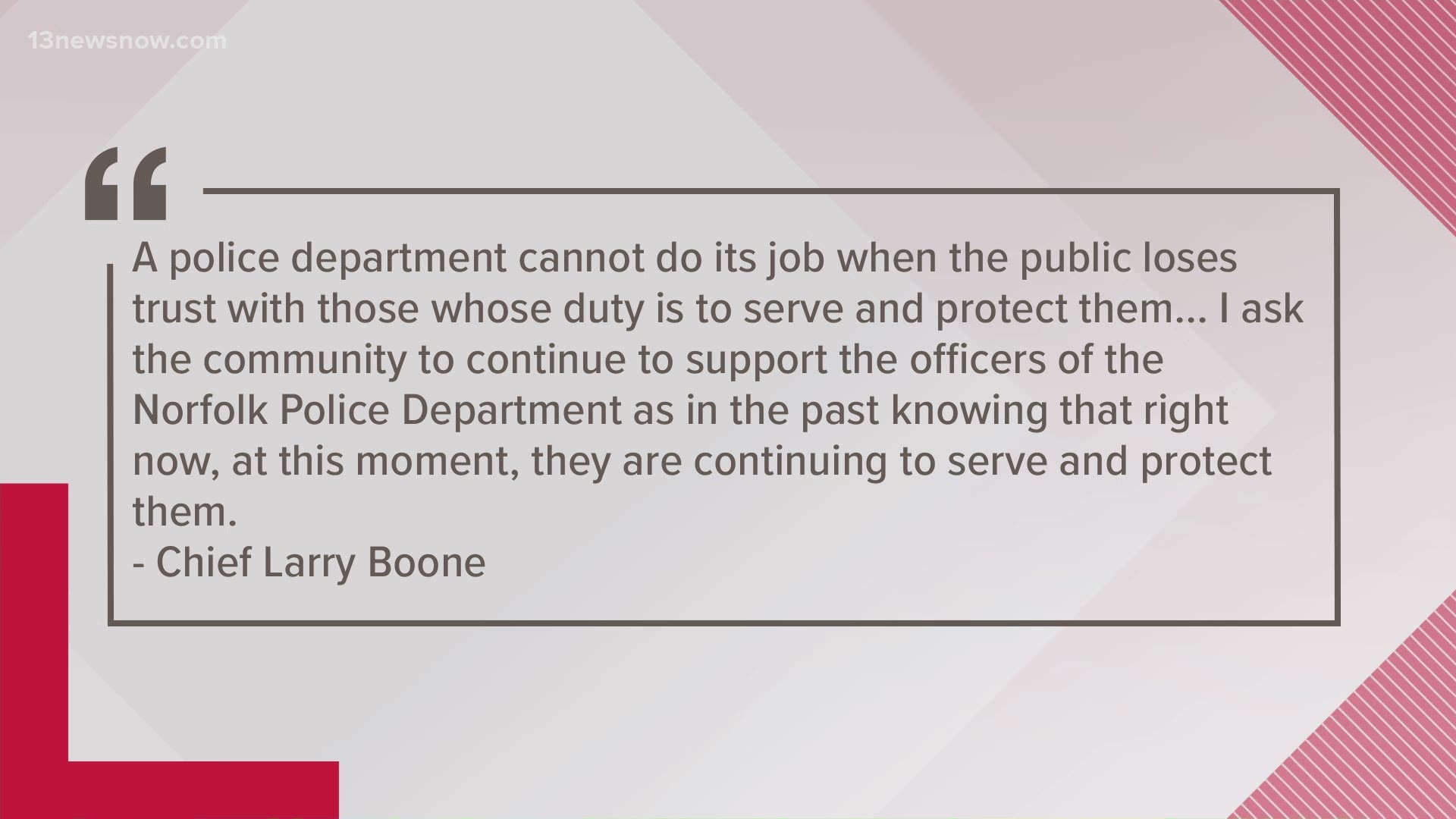 Rittenhouse is the 18-year-old man from Illinois who's accused of killing two people and hurting another person at a protest against police brutality in Wisconsin in August 2020.

“I have reviewed the results of the internal investigation involving Lt. William Kelly. Chief Larry Boone and I have concluded Lt. Kelly’s actions are in violation of City and departmental policies. His egregious comments erode the trust between the Norfolk Police Department and those they are sworn to serve. The City of Norfolk has a standard of behavior for all employees, and we will hold staff accountable,” Filer said in a statement.

Kelly initially was put on administrative duty when reports surfaced that an anonymous donation made to Rittenhouse had been linked to Kelly's city email address. The reports said that the donor not only gave money to the defense fund but expressed support for what Rittenhouse did in Wisconsin.

“I want the residents of Norfolk to know that their police department will represent and uphold our organizational values of Service, Honor, Integrity, Equality, Leadership, and Diversity. A police department cannot do its job when the public loses trust with those whose duty is to serve and protect them. We do not want perceptions of any individual officer to undermine the relations between the Norfolk Police Department and the community. I ask the community to continue to support the officers of the Norfolk Police Department as in the past knowing that right now, at this moment, they are continuing to serve and protect them.”

Kelly does have the right to appeal the city's decision to dismiss him.