Army Pvt. Emmet W. Schwartz was reported killed in action in 1944. His remains were identified in July of 2021. 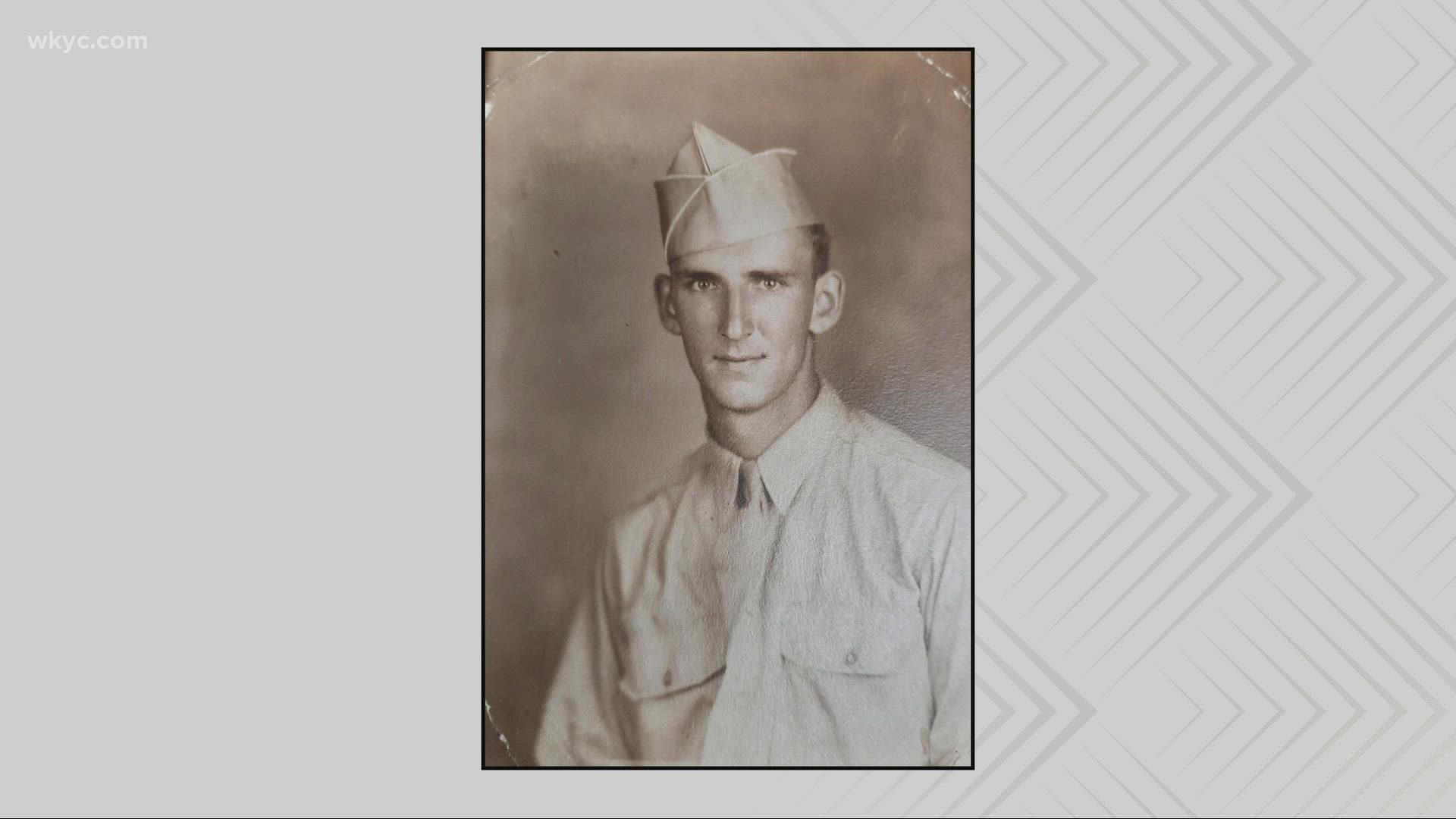 WASHINGTON — The remains of a Northeast Ohio hero are coming home.

On Tuesday, the Defense POW/MIA Accounting Agency (DPAA) announced that the remains of Army Pvt. Emmet W. Schwartz of Dover, who was killed during World War II, have been accounted for.

Private Schwartz will be buried next month in New Philadelphia.

In December 1944, Schwartz was assigned to Company F, 2nd Battalion, 121st Infantry Regiment, 8th Infantry Division. His unit was part of an effort to capture Obermaubach, Germany, near the town of Hürtgen, when he was reported killed in action by an artillery blast on Dec. 27. His body was unable to be recovered.

After the war, the American Graves Registration Command (AGRC) spent years investigating and recovering missing American personnel in Europe. They conducted several investigations in the Hürtgen area between 1946 and 1950, but were unable to recover or identify Schwartz’s remains.

While studying unresolved American losses in the Hürtgen area, a DPAA historian determined that one set of unidentified remains, designated X-7173 St. Avold, originally recovered from a foxhole near Obermaubach by the AGRC in 1946, possibly belonged to Schwartz. The remains, which had been buried in Rhône American Cemetery in Draguignan, France, were disinterred in June 2019 and sent to the DPAA laboratory at Offutt Air Force Base, Nebraska, for examination and identification.

Schwartz’s name is recorded on the Walls of the Missing at Netherlands American Cemetery, an American Battle Monuments Commission site in Margraten, Netherlands, along with the others still missing from World War II. A rosette will be placed next to his name to indicate he has been accounted for.