'Nice try you creep': Skeptical woman gets selfie from officer to prove his identity

A Portland woman got a text from a man claiming to be a Portland police officer who had her ID. She didn't buy it. 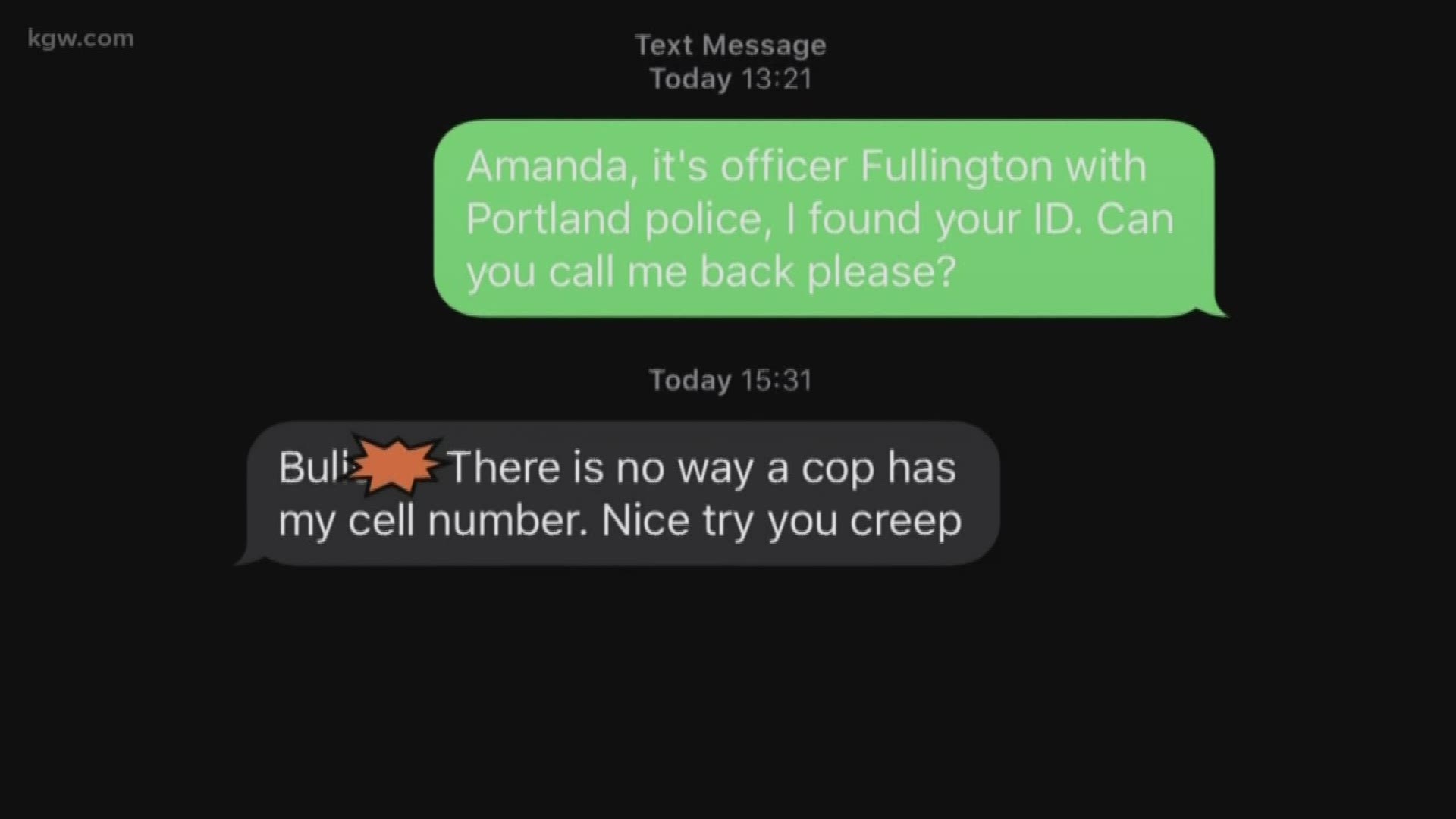 PORTLAND, Ore. — Most people are skeptical when they receive a call or text from an unknown number.

But what if the caller says they are a police officer?

That’s what happened to a Portland woman named Amanda over the weekend, and she didn’t buy it.

A man claiming to be Officer Fullington texted Amanda and said he found her ID.

She replied, “No way a cop has my cellphone number. Nice try, you creep.”

It turns out, the text really came from Officer Fullington. He found Amanda’s ID on a theft suspect. He sent her a selfie to prove it was really him.

Fullington told KGW an officer will always provide a way for you to confirm their identity when you talk with them on the phone.

Fullington planned to give Amanda her ID on Monday.