One person killed after helicopter crashes in intersection

The helicopter went down near N. 50th Street and Palm River Road in the Palm River area of Hillsborough County. 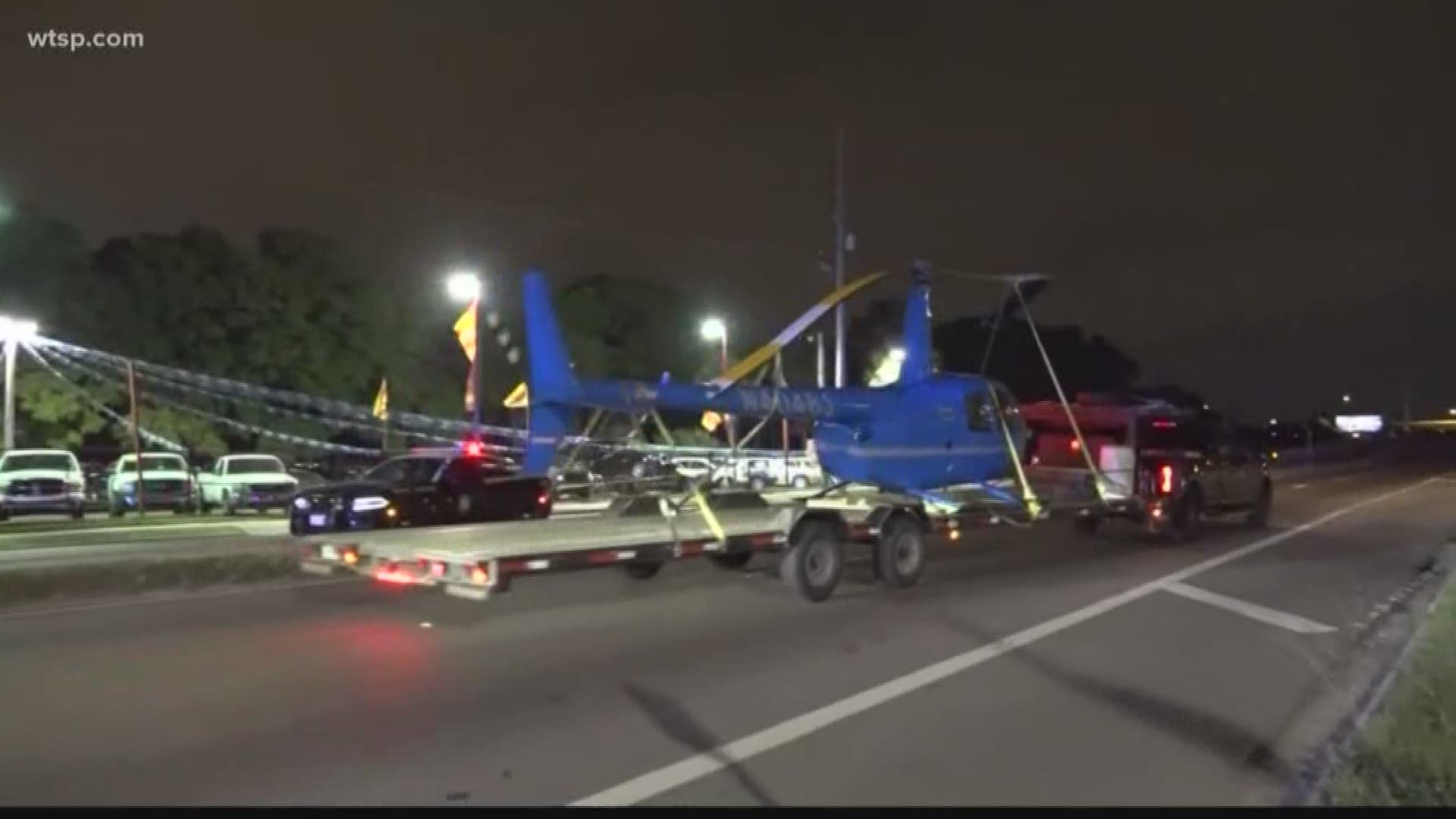 PALM RIVER-CLAIR MEL, Fla — A 72-year-old man was killed on the ground when a helicopter crashed Thursday near an intersection in Hillsborough County.

The Florida Highway Patrol said the private helicopter suffered an engine failure and crashed near 50th Street and Palm River Road in Palm River. The copter struck a utility pole.

FHP said a pickup truck was traveling northbound on 50th Street approaching Palm River Road when it was hit by one of the turning rotor blades that had come off the copter.

FHP said Deodat Persaud Gangapersaud, of Plant City, a passenger in the Chevrolet Silverado, died at the scene of his injuries. The victim was the father of the truck's driver, Ryan Anthony Persaud, 35, of Dover.

The pilot, Bryant Thomas Messick, 39, of Bradenton, was taken to Tampa General Hospital for heat exhaustion and dehydration.

Officials said no other injuries were reported.

The FAA has issued the below statement:

A Robinson Helicopter crashed in the vicinity of 50th Street and Palm River Road in Hillsborough County, FL, today at 2:25 p.m. Two people were on board. Contact local authorities for passenger information and medical conditions. The FAA will investigate and the National Transportation Safety Board (NTSB) will determine the probable cause of the accident.

The Federal Aviation Administration said this was not the first incident involving this particular chopper. The Robinson R44 helicopter suffered a possible mechanical issue around 10:50 a.m. on March 31 and landed safely at Geraci Airpark in Lutz, the FAA told 10News. An investigation has been opened into that situation.