Why are items out of stock and more expensive? An economist weighs in

An economist at FGCU said there are multiple reasons why things are more expensive and out of stock, all relating to the supply chain. 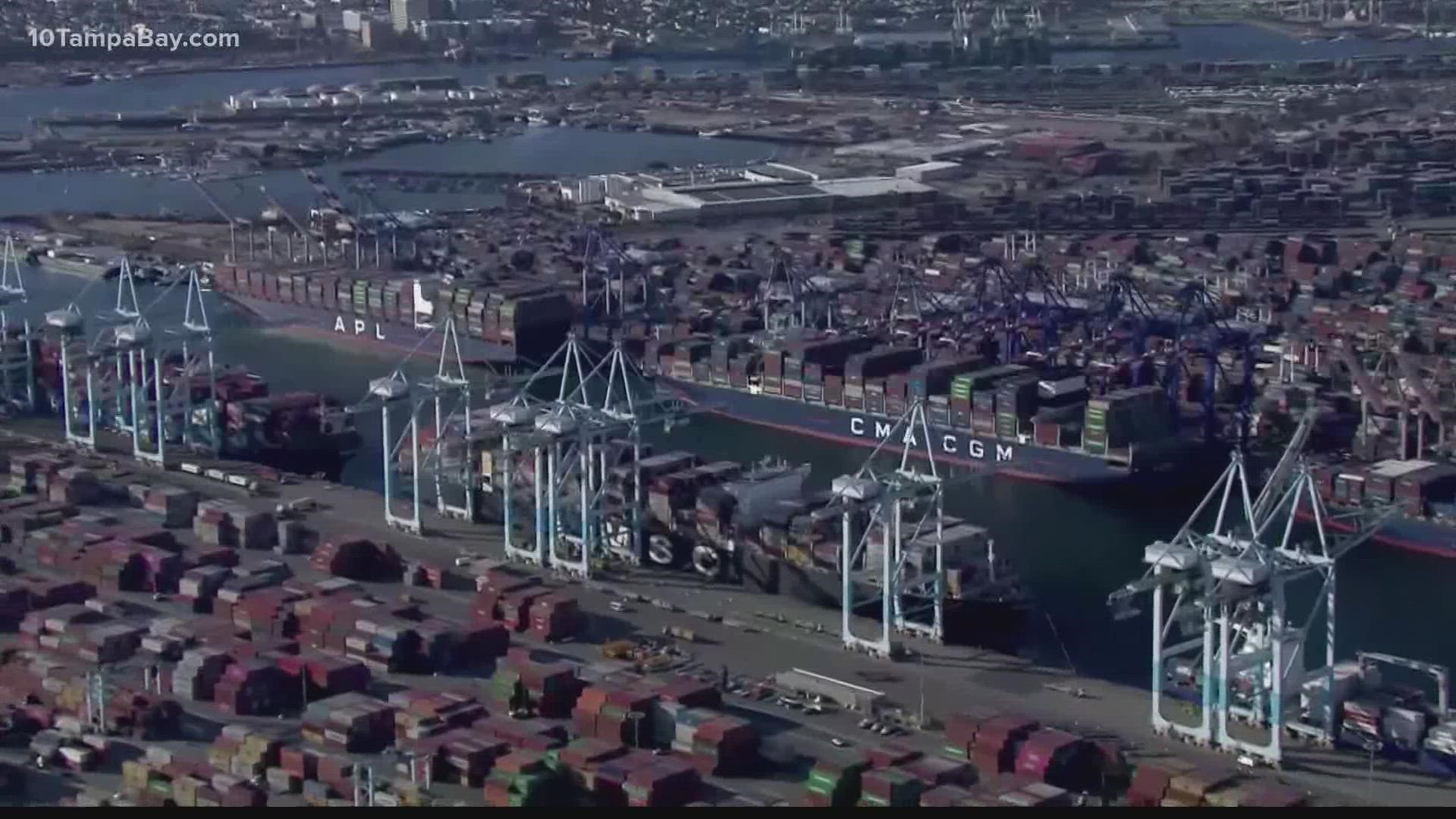 TAMPA, Fla — You have probably noticed when you go to the store, things are more expensive and some items are out of stock. Well, there are reasons why.

"It’s not just one thing, it’s lots of things and the pandemic in many ways created a perfect storm," an Economist at FGCU, Victor Claar stated.

That is contributing to why you're not seeing items in stock.

Claar points out, the costs related to the shipping containers have increased tremendously.

Claar described that as a ripple effect.

When container ships arrive at ports on the West coast, they are met with more problems. Right now, there is a shortage of truck drivers.

President Biden has announced the ports will operate 24/7 to help. CBS News reported, soon, workers will start unloading the quarter of a million shipping containers around the clock in Los Angeles and Long Beach, which handle a combined 40 percent of the country's container traffic. Dockworkers told CBS News they're all in on the plan and have been wanting to work this way for years.

Ports in Florida have come forward saying they will allow the container ships out West to use their seaports as a solution.

"Clearly, California is no longer the most efficient way to move consumer goods to either the East Coast or even the Midwest. Florida has the capacity to be the more efficient way to connect commerce to those locations," written in a news release by Florida Ports Council.

There has been no decision made about whether Florida ports will help with this ongoing issue, but the President and CEO of Florida Ports Council is hoping Florida can step in.

"Florida is where your success comes in, and our seaports are the solution to ensure the cargo shipping logjam doesn’t become the grinch that stole Christmas," Michael Rubin, President and CEO of Florida Ports Council said.

Speaking of the holidays, Claar said now is the time to do your shopping. “Even though you might have an ideal gift in mind, just be aware that as you get closer to the holidays, that gift may no longer be available and it might be at a price point that is higher," Claar stated.

Empty shelves aren't just for hot ticket items. “Even things like the refreshments, the foods you’ll need for your holiday hosting," Claar explained those are also items you will want to buy now.

While no one wants to hear that products are selling out and expensive, Claar said you should stay calm, but prepare now.

"I don’t want to tell viewers to panic, but I do think this is a time to think in advance and think strategically," Claar said.

The best thing you can do is get your holiday shopping done now. As for when prices and supply will be normal again, Claar said that's hard to tell.

CBS News reported estimates it could take until the end of 2022 to get things back to normal, with ships entering a port, offloading, and departing with no delays.

RELATED: Shipping container issues are causing your retail prices to go up 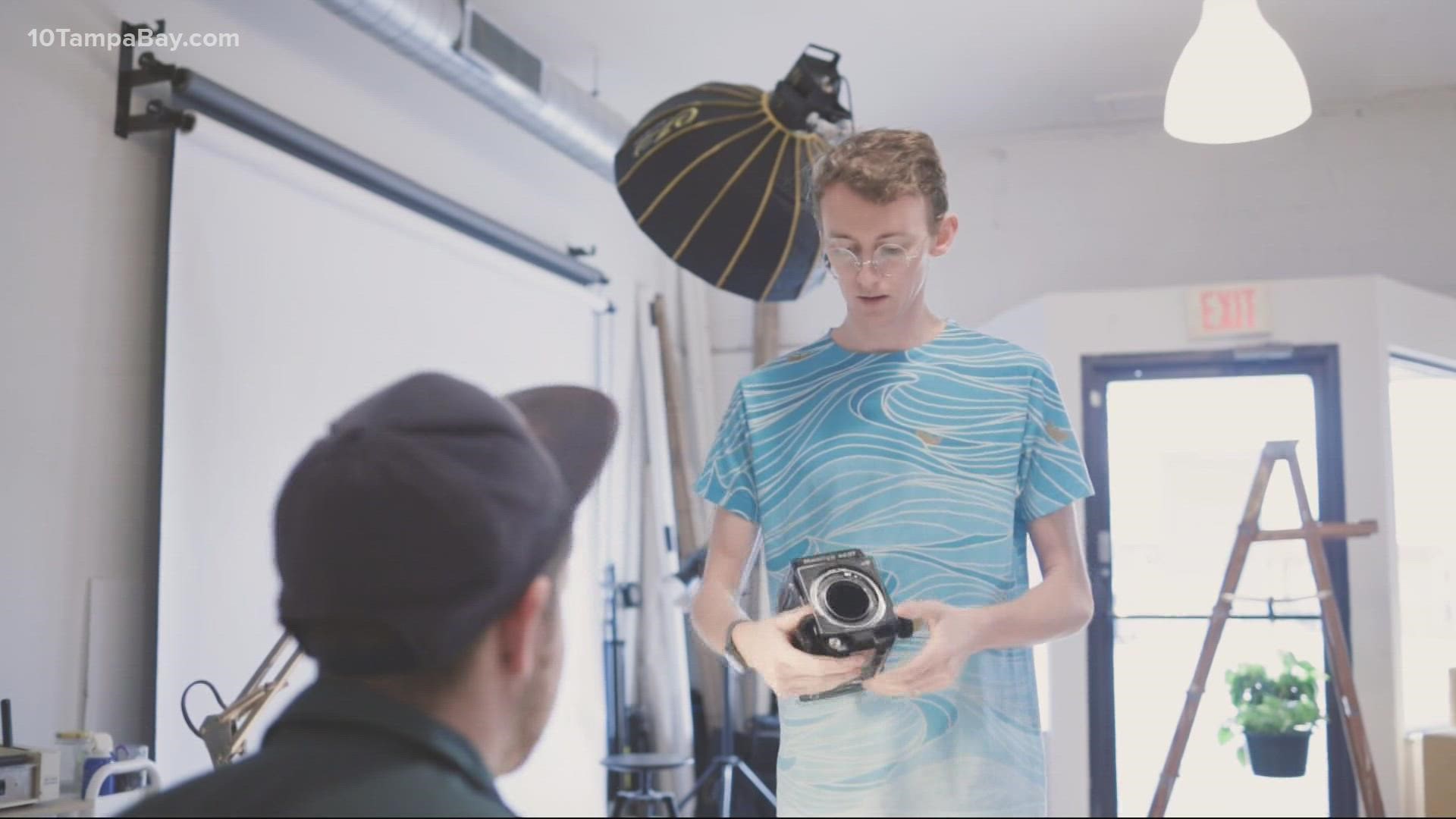