Owner of dog killed by gator relieved at capture of 'monster'

Her dog Tank was killed earlier in the day during a walk near a Polk County pond. 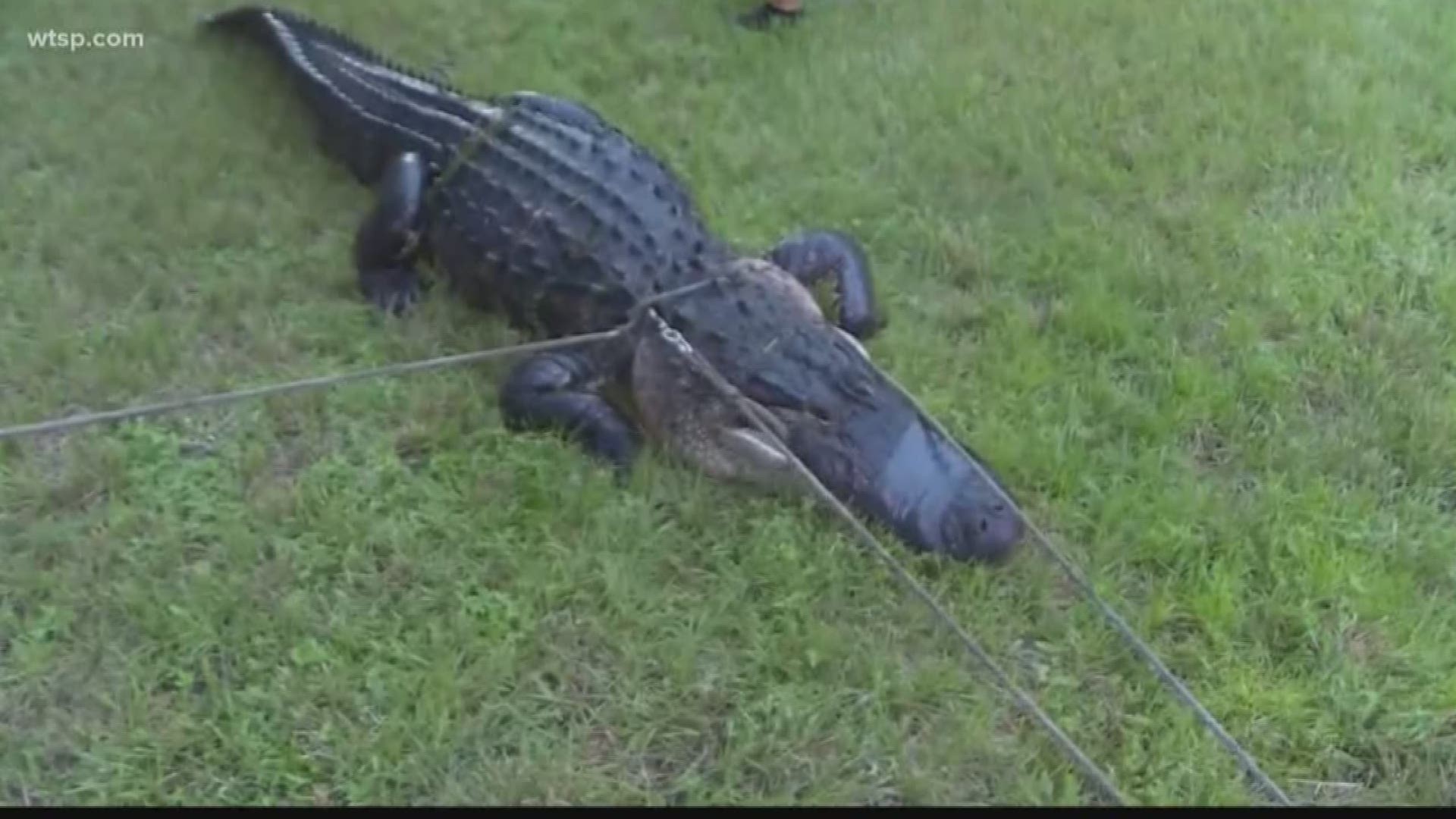 AUBURNDALE, Fla. — At around 8 p.m., trappers returned to the pond where a dog had been killed earlier in the day. They used alligator distress noises to lure the alligator in, and then hooked him when he got close enough.

After about a half-hour, they were able to get him out of the water.

Once the 11-foot, 3-inch alligator was caged, Cindy Robinson returned to the pond to thank the trappers. Her dog, Tank, was on a walk with his Robinson when she says the alligator killed him.

“Thank you. Thank you so much,” Robinson said while hugging the men.

“I brought him down here and that thing ate him. Took him right out of my hands,” she told 10News.

She says she and 6-year-old Tank were getting ready to leave the park when the alligator snatched him.

“He looked at me like, ‘Momma, help me,’ and I couldn’t do nothing. I could not do nothing,” she remembered.

“Alligator that size, he definitely needed to go. Especially with all the people who come around here,” Moniz said.

Robinson says she’s relieved to see the alligator she believed to have killed her dog out of the pond.

“I really feel better that they got the alligator,” Robinson said. “He’s a monster.”