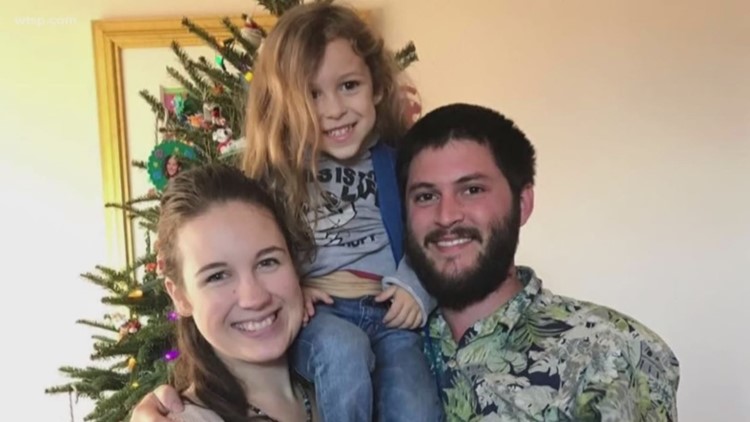 Parents rejecting chemo for son back in court

TAMPA, Fla. — The parents of a boy fighting to reject chemo for their son met with the judge again Monday. Protestors also joined the parents outside of the courtroom.

The judge wanted an update on the boy's status to make sure the parents are following protocol.

After two days of hearings last week, a judge ruled the three-year-old must continue with chemotherapy, but allowed his parents to seek other treatment simultaneously.

McAdams' parents don't want to continue chemo and would rather treat their son with more holistic approaches, such as CBD oil and diet. Their fight for medical freedom captured nation-wide attention in April after the family didn't show up for a chemo appointment.

The boy was then taken into state custody, where he remains today.

Taylor Bland and Joshua McAdams, Noah's parents said despite the ruling earlier this month, they haven't been able to treat their son with other remedies because they have to get every treatment and doctor visit approved by a judge, making it nearly impossible to schedule any kind of alternative appointment.

Bland says she is working to get her "cannabis card" and will be able to purchase and administer the cannabis once she has one she says.

Meanwhile, Bland says her son is weak, having trouble walking, and in pain because of the side effects associated with the mandated chemotherapy. The parents have only been able to see their son at chemo appointments with a case manager present.

At a hearing Monday, a judge is expected to determine what course of treatment Noah McAdams must take the next seven months. The family is hoping for more medical freedom and time with their son.

He is expected to have a bone marrow biopsy Wednesday to check on the status of his cancer. Another hearing will be scheduled once the court gets the results.