The district says it's normal for glitches at the beginning of the school year. 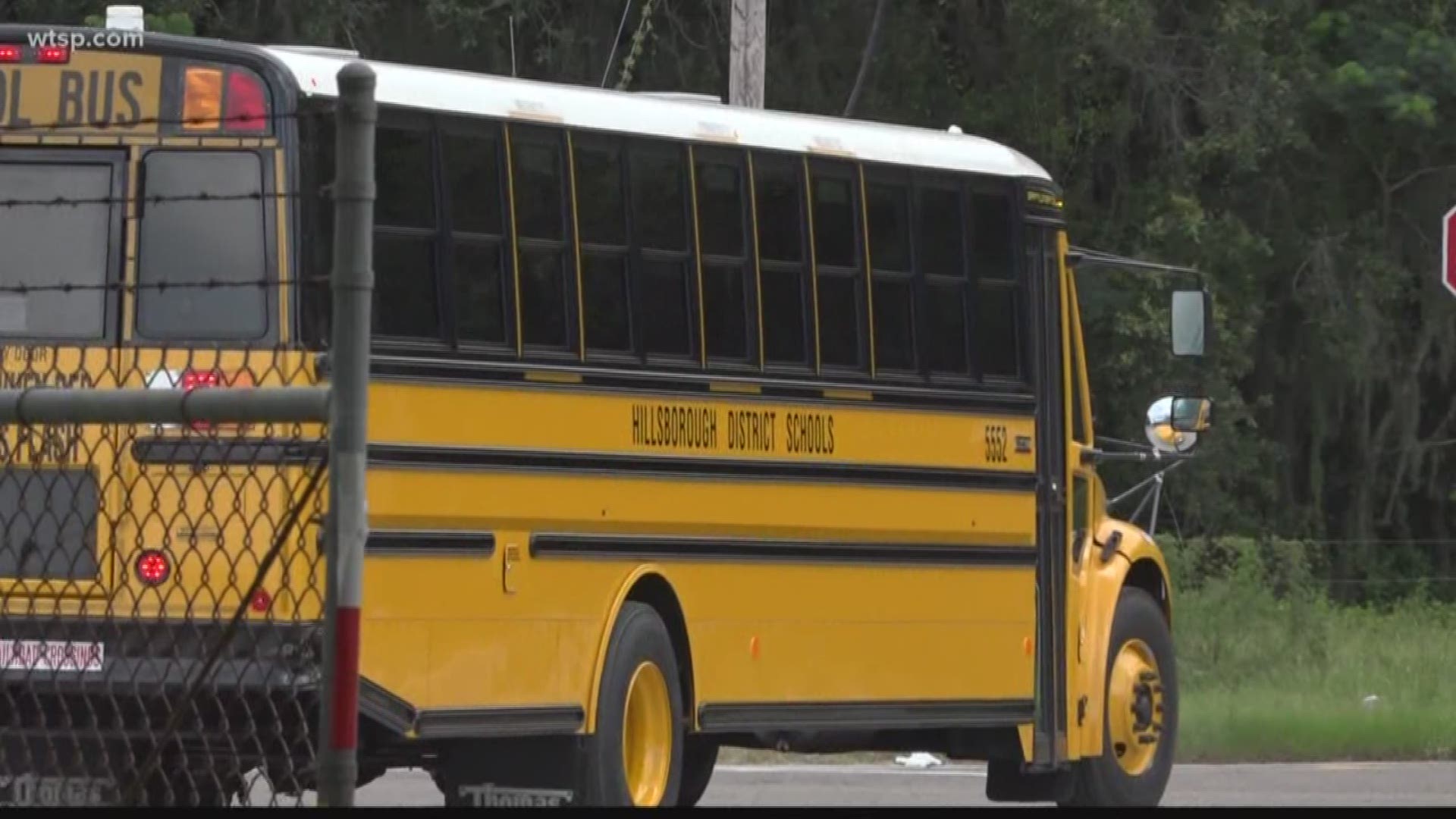 TAMPA -- As week three of school comes to an end, some parents in Hillsborough County say it’s been a rough start with school buses showing up late.

“Yesterday, the bus did not come so my son sat outside from 8:40am to 9:35am, almost an hour, before calling me,” Lisa Minichilli said.

Lisa Minichilli says her son is late to school 50 to 70 percent of the time because the school bus is either late or a no-show.

“Wednesday was the fifth time that the bus didn’t show up at all or was late by an hour. So I took him to school for the fifth time,” Minichilli said.

Hillsborough County Public Schools Spokesperson Tanya Arja says it’s not common for drivers to miss their stops but she admits there is always a few weeks at the beginning of school when they work out glitches in their routes.

“I don’t know the exact situation and why that driver missed that stop but to help avoid that from happening again, we want to have sub pools with extra bus drivers ready to go,” Arja said.

“The first couple of weeks, we always have late buses and we always let parents know ahead of time. It is a much different story today than the first day of school. We are seeing most of our buses on time now,” Arja said.

But another parent shared that his kid’s school bus pick-up time got moved up about 25 minutes without notice.

“If there are any changes there should be phone calls from our transportation department,” Arja said. “We’re doing some changes to some of the routes in small areas where we are seeing either additional students coming in or we have to add routes for special needs kids. We are also seeing traffic patterns change where there is construction. So in these small areas, we are still changing some of the pickup times and bus routes for students.”

As for Minichilli, she says she’s reached out to the area one transportation supervisor multiple times leaving messages about the problem but hasn’t heard back yet.

“To be honest, I don’t feel like my voice is being heard. As a parent, I can’t help but feel bad for our kids waiting and god forbid in bad weather. It’s just not safe,” Minichilli said.

If you’d like to apply to be a school bus driver for the Hillsborough County School District, log onto the district's web site.