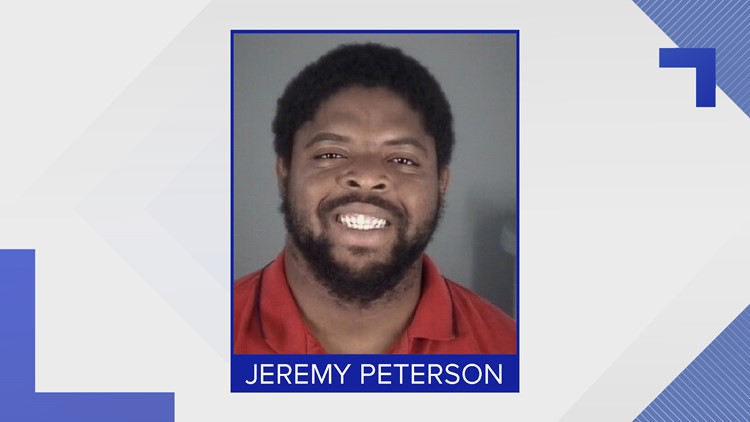 LUTZ, Fla. -- A Port Richey man is accused of attempting to rape a patient at a behavioral health center on Saturday.

The woman told deputies Peterson pulled her pants down and was trying to pull off her shirt. She also told deputies that she was screaming for Peterson to stop and leave.

A nurse came into the room and witnessed Peterson leaving the room and the victim pulling up her pants and pulling her shirt down, deputies said. The staff also reported the victim had red marks on her neck.

Deputies said Peterson admitted he was in the woman's room, but he claimed she was trying to get him to kiss her. He also said he did kiss her but told her he had to leave before he got in trouble, the arrest report said.

Peterson was arrested and charged attempted sexual battery-rape and taken to the Land O'Lakes Jail.