A medical helicopter responded to transport him to to the hospital. 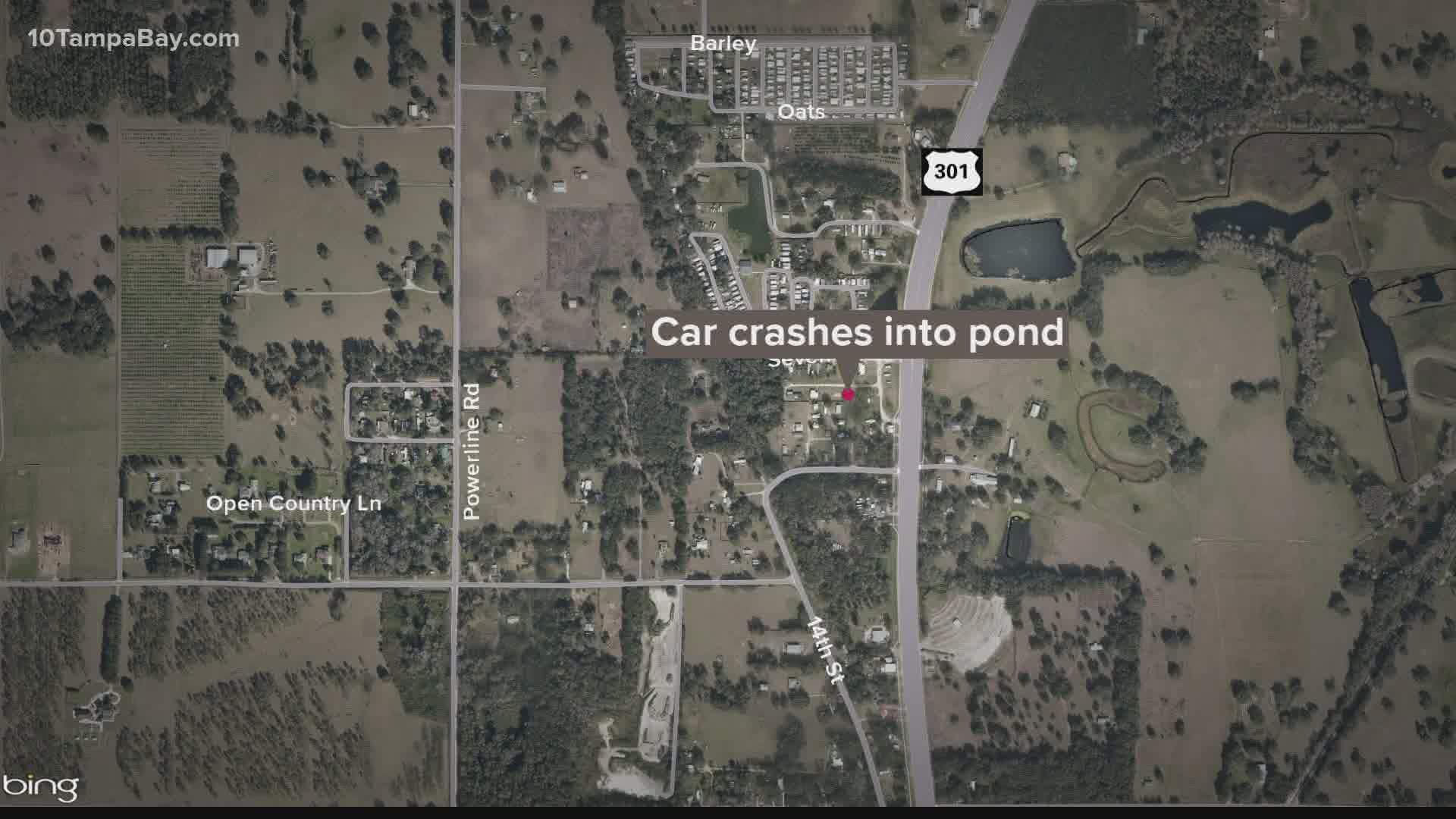 DADE CITY, Fla. — A 70-year-old man died after experiencing some sort of medical issue and crashed his truck into a pond, according to Florida Highway Patrol.

It happened just before 1 p.m. Saturday.

Troopers say the man was driving north on U.S. 301 approaching Gus Way when the man lost control of the truck while experiencing a medical emergency. The truck crossed the median and southbound lanes before hitting a wooden post and a concrete wall.

The truck crashed into a pond and became submerged.

The man was taken to an area hospital by helicopter, where he died.

There was a 67-year-old female passenger in the truck, as well, troopers said. She suffered only minor injuries in the crash.

Pasco County Fire Rescue responded to the scene and said bystanders helped pull the two people from the truck, according to a news release.

#ALERT: On scene of a vehicle into a pond at the intersection of US 301 and Gus Way in Dade City. A single vehicle went into the pond after the driver reportedly suffered a medical emergency. Bystanders pulled two people from the vehicle. A med helicopter is inbound for 1 patient pic.twitter.com/Juh28B0XuD