The facility feeds hundreds of homeless people for Thanksgiving and Christmas. 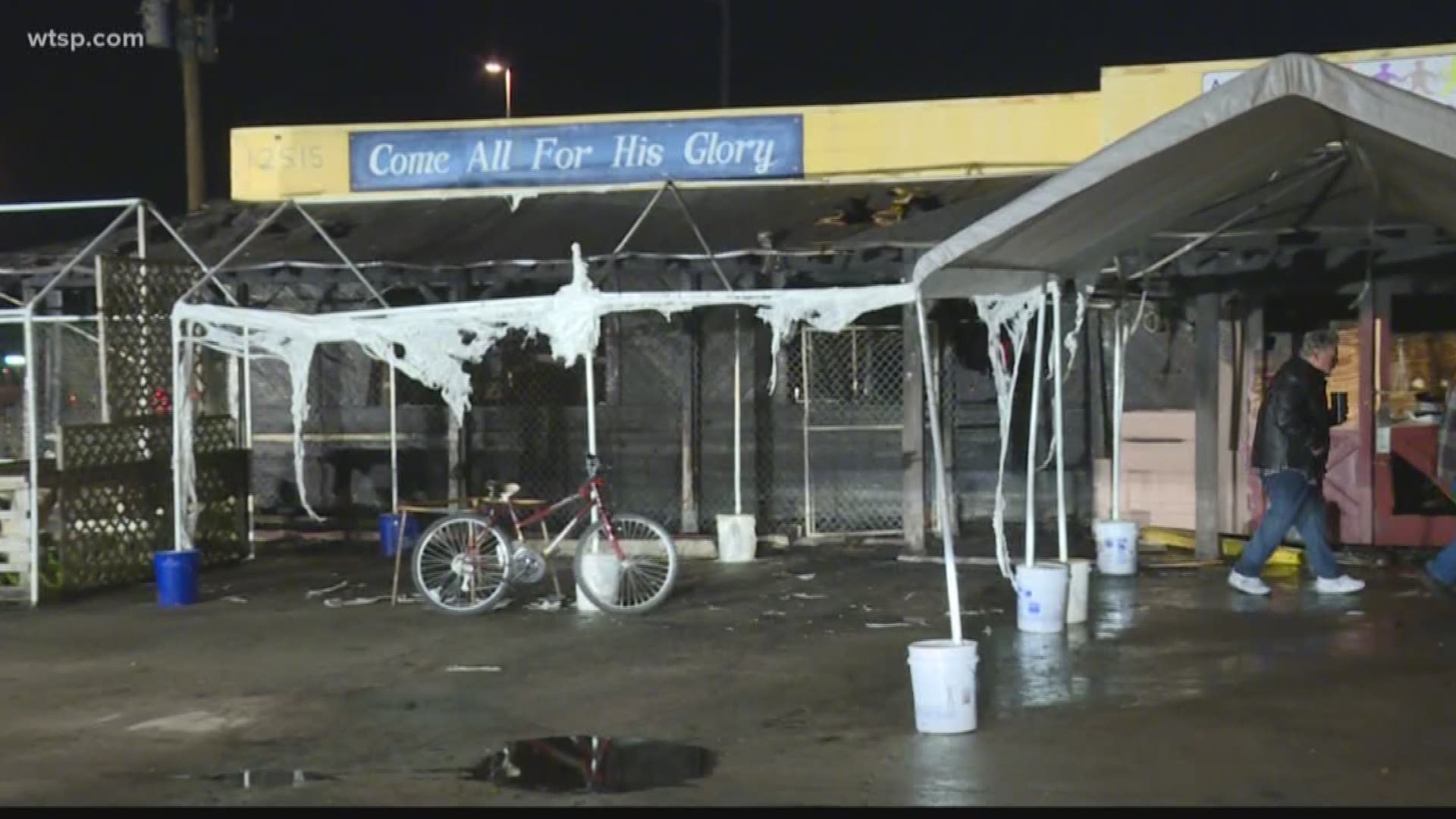 “Without this place, we’re going to be hurting bad, a lot of us that are homeless out here. We’re not going to have anywhere to go eat, a place to get clothes, take showers.”

The fire broke out overnight at the facility on US 19. Most of the building is charred, and the center's leaders say it looks to be a major -- if not a complete -- loss.

Owner Lamont Boegli said he has no fire insurance, but he "trusts in God" because "he's using this for his purpose."

The building is also a place for Bible studies, a meeting place for small churches and a resource center for clothing, job searching and public assistance.

Fire crews said it was a single-alarm fire that was caused by an electrical issue. It took about an hour for crews to get the fire under control.

Fire rescue said about half of the building has been impacted.

Dan and Julie Kolb are the directors of the resource center. They were on site early Wednesday morning trying to salvage food from the freezers. Other items like clothing and hygiene products were destroyed.

“We had thousands of pounds of items like that so the people momentarily will have to find other resources," Julie said.

The Kolbs served meals to nearly 900 people on Thanksgiving. Despite the fire, they’re determined to do the same on Christmas Day.

“When I first met these guys they helped me out a great deal and they’ve been there for me ever since,” said Roza.