Efforts to hold a "Drag Queen Story Hour" on city property are suspected of being stymied, but the mayor says it’s a security issue. 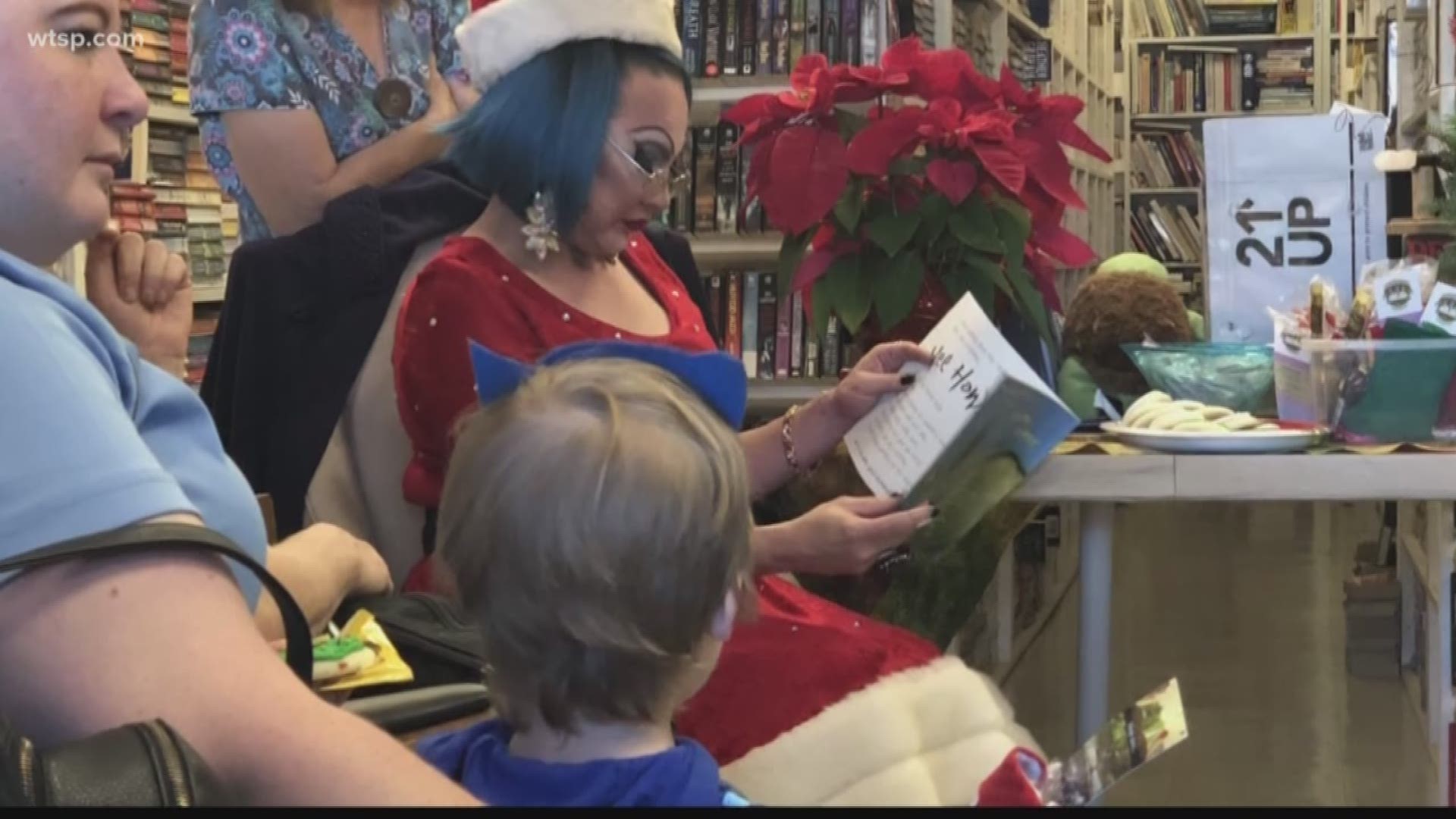 NEW PORT RICHEY, Fla — Supporters contend their efforts to move a monthly book reading for children to a publicly-owned building is being met with resistance by city leaders because it’s drag queens who are doing the reading.

"Drag Queen Story Hour" book readings for children have been popping up in cities across the country in recent years.

Stephanie Stuart, who spearheads the local monthly meet-up in Pasco County, says she started it to give kids hope and a safe place to learn to love reading.

“I read books to kids that bring them self esteem and confidence,” Stuart said. “We’ve been accused of grooming children to bring them into the LGBTQ community and this is not what we’re doing.”

But repeated protests recently drove the group out of a privately-owned book store in Port Richey so Pasco Pride leaders started searching for other spots and ultimately landed on Peace Hall, a publicly-owned building in New Port Richey’s Sims Park.

Nina Borders, president of Pasco Pride, says the group reserved and paid for the space, which is available to rent for private events, but then claims the city reversed course.

“They stated that we went public with the event and they did not want a public event,” Borders said. “They are going to make us file a special event permit to house 10-15 people.”

Special event permits require council approval and for the event’s coordinators to meet with all of the city’s department heads—generally to coordinate things like police presence and bathrooms for large-scale events like a festival.

Borders says it’s not an appropriate ask for a book reading.

“We don’t think it’s fair,” she said. “We think it is discrimination.”

But the city’s mayor and other leaders contend it’s about security, something a special event permit would provide.

Following public comment where roughly a dozen people spoke in favor of the story hour, Mayor Rob Marlowe said the city policy wasn’t up to the board.

The majority of speakers said they felt they were being punished for the actions of others who disapprove of the event.

“All we want to do is to be able to reserve this peace hall venue like any other organization does,” Borders said.

No decision was made Tuesday night.