Dominick Keyes was hit by a truck while trick-or-treating. 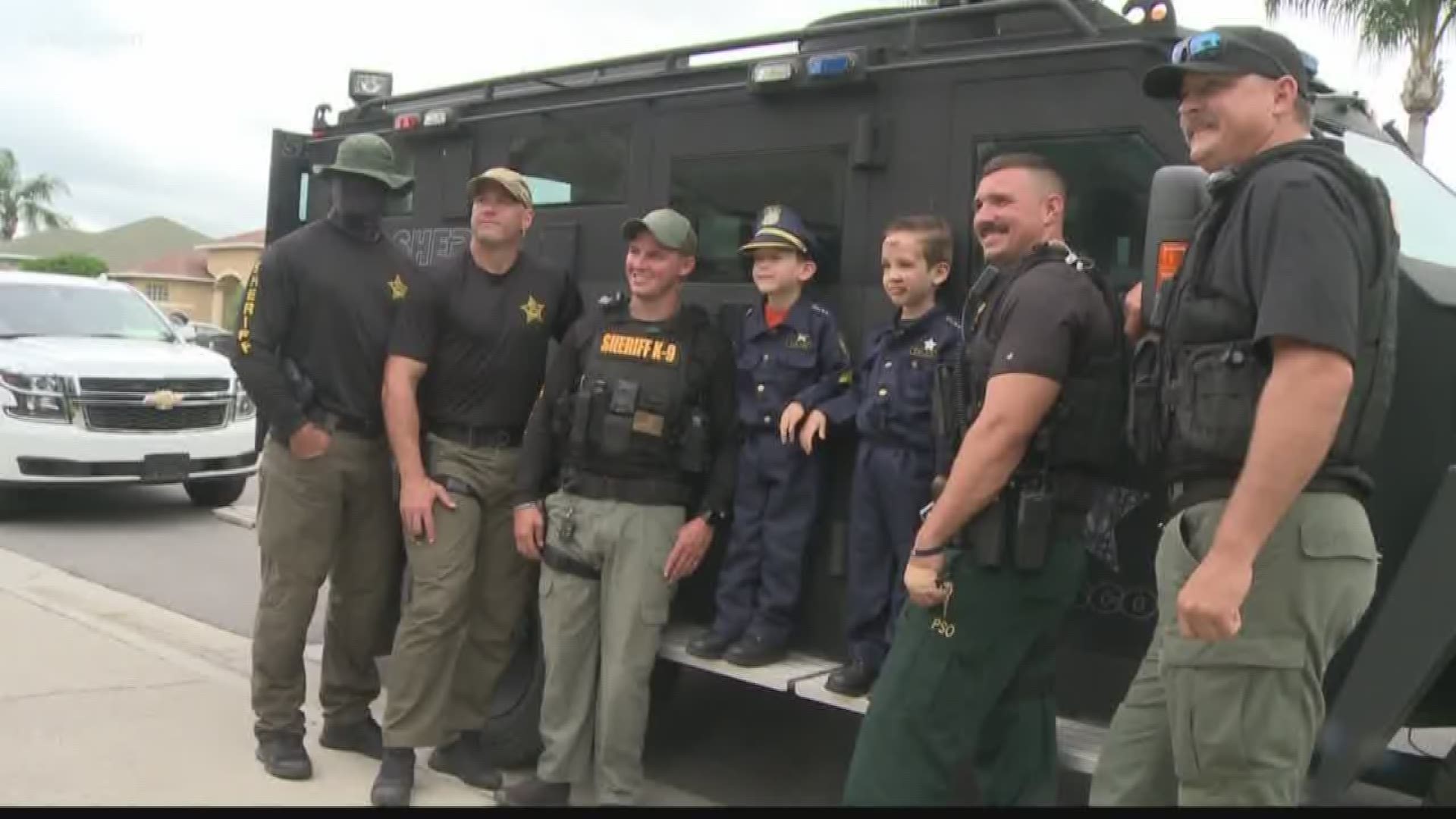 TRINITY, Fla. — When you’re 6-years old, Halloween is one of the best nights of the year: costumes, candy and a whole lot of fun.

But when Dominick Keyes was trick-or-treating with his family in Trinity, he was hit by a pickup truck. The family was crossing Starkey Road at Town Avenue – in a crosswalk – when, police say, a driver ignored the flashing lights and plowed right into Dominick.

Dominick was in bad shape.

He suffered some serious cuts to the head, so paramedics called in a helicopter to fly him to the hospital.

Now, almost a week later – he’s OK – and he got the chance to meet up with some SWAT team members he deeply admires. An off-duty SWAT member who happened to be there on Halloween actually helped organize the special visit.

The emotional meeting was extra special or Dominick and his twin brother.

They've always looked up to police officers, and they want to join a SWAT team when they grow up.

The driver who hit Dominick was cited for violating the right-of-way.