Sam Mazzeo is your typical 17-year-old preparing to begin his final year of high school. It's something he almost didn't live to see. 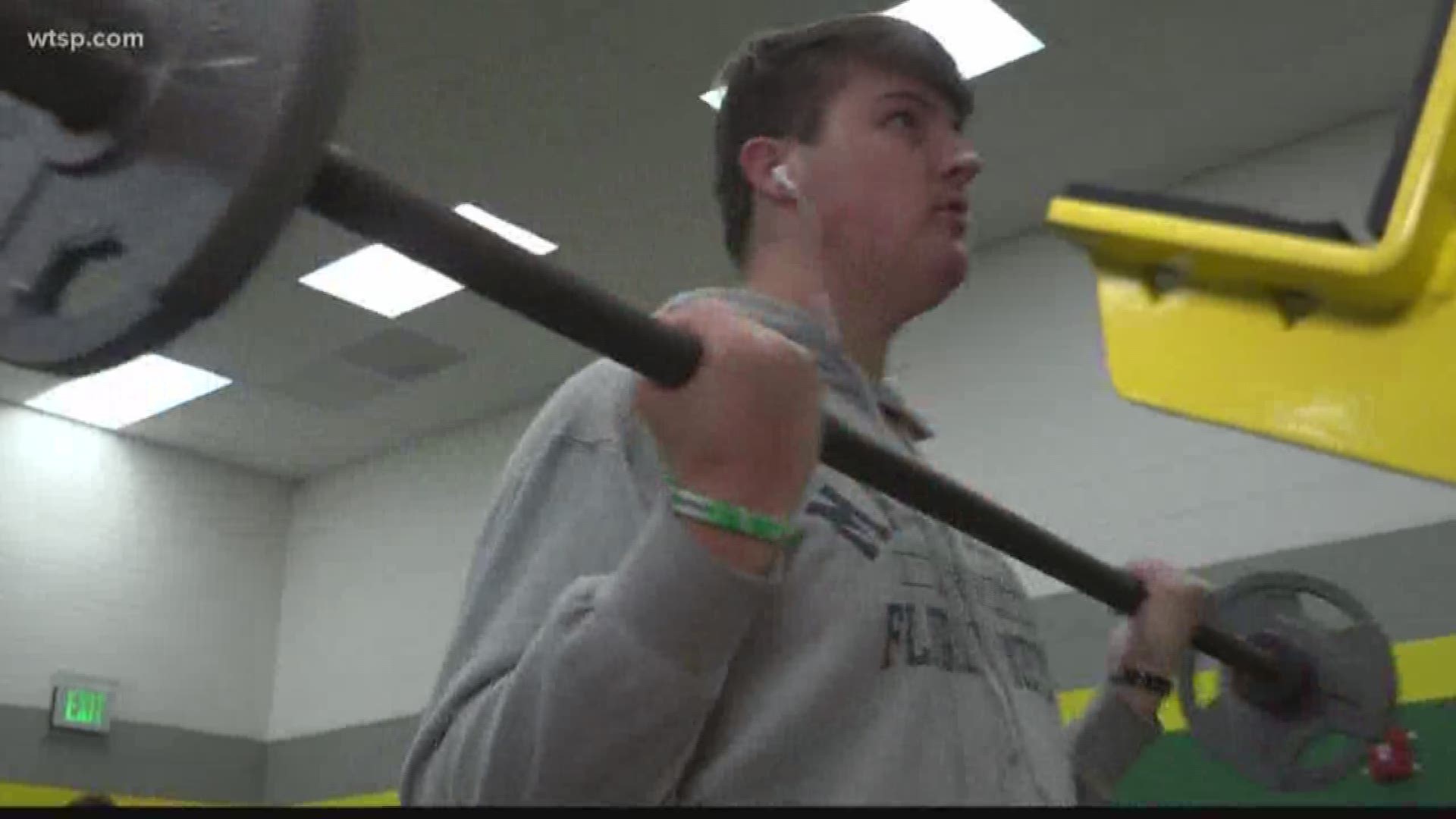 Sam Mazzeo is your typical 17-year-old. He loves playing sports and spending time with his friends. Currently, he's preparing to begin his final year at Cypress Creek before graduation, something he almost didn't live to see.

The day everything changed

"It was fifth period, I have my P.E. class and I was playing football," Mazzeo said. "I sat down because I wasn't feeling good and then I passed out."

"I remember crying out once, just saying 'Sam, you're going to wake up and this is going to be OK,'" said Cypress Creek High School nurse Amy Ponce.

Ponce arrived to the football practice field within a minute of being called. She immediately began CPR until the AED arrived.

"It was scary, Sam did not respond at the beginning," Ponce said.

He was revived within eight minutes, according to Ponce

"He's a walking miracle," she said.

It's a miracle that's now serving as a reminder of how crucial mandatory hands-only CPR training is for Pasco County high schoolers.

"We're teaching hands-only CPR, it's not as intimidating," Ponce said. "It's a skill that everyone needs to know because you never know when you’re going to use it.”

Stephanie Watts with the American Heart Association says the training takes just 30 minutes to an hour. The hands-only method is seen as more preferable to the traditional mouth-to-mouth technique.

"It is as effective to perform hands-only CPR, which is just compressions only," Watts said.

Hillsborough and Pinellas county schools have similar graduation requirements, according to the American Heart Association.

"My family is so thankful for the outcome," said Lona Mazzeo, Sam's mother. "I can't say it enough, without that first initial CPR… he wouldn't be here."

Lona says she's grateful for how quickly school staff reacted. She says she never expected to get the news she did the day her son went into cardiac arrest. Sam remembers not believing the news at first either.

"I was like, that can't be right," Mazzeo said, recalling when doctors told him he'd had a heart attack. "I've always been healthy and active."

Following weeks of recovery and surgery to implant a pacemaker and defibrillator into his chest, Sam is back in school. But life is different and his athletic abilities are now limited.

“No contact sport, no strenuous activity, light-to-moderate weight lighting," he said. "I can’t do anything with my chest or my shoulders.”

Sam learned he has a genetic heart condition known as ARVD.

He might be sidelined but he's not sitting out sports entirely. Sam says he's now an offensive line coach for the football team, which means he's still involved and shows up to every practice.

He's still Sam, just with a different outlook on life and the technique that kept him alive.

Each year, more than 7,000 kids in Sam's age group go into cardiac arrest, according to statistics provided by the American Heart Association.

Currently, 39 states mandate CPR training for high school graduation. Florida is not among them. Previous efforts in the state legislature to change that have failed.