The Dade City Police Department said the van crashed all the way into the store. 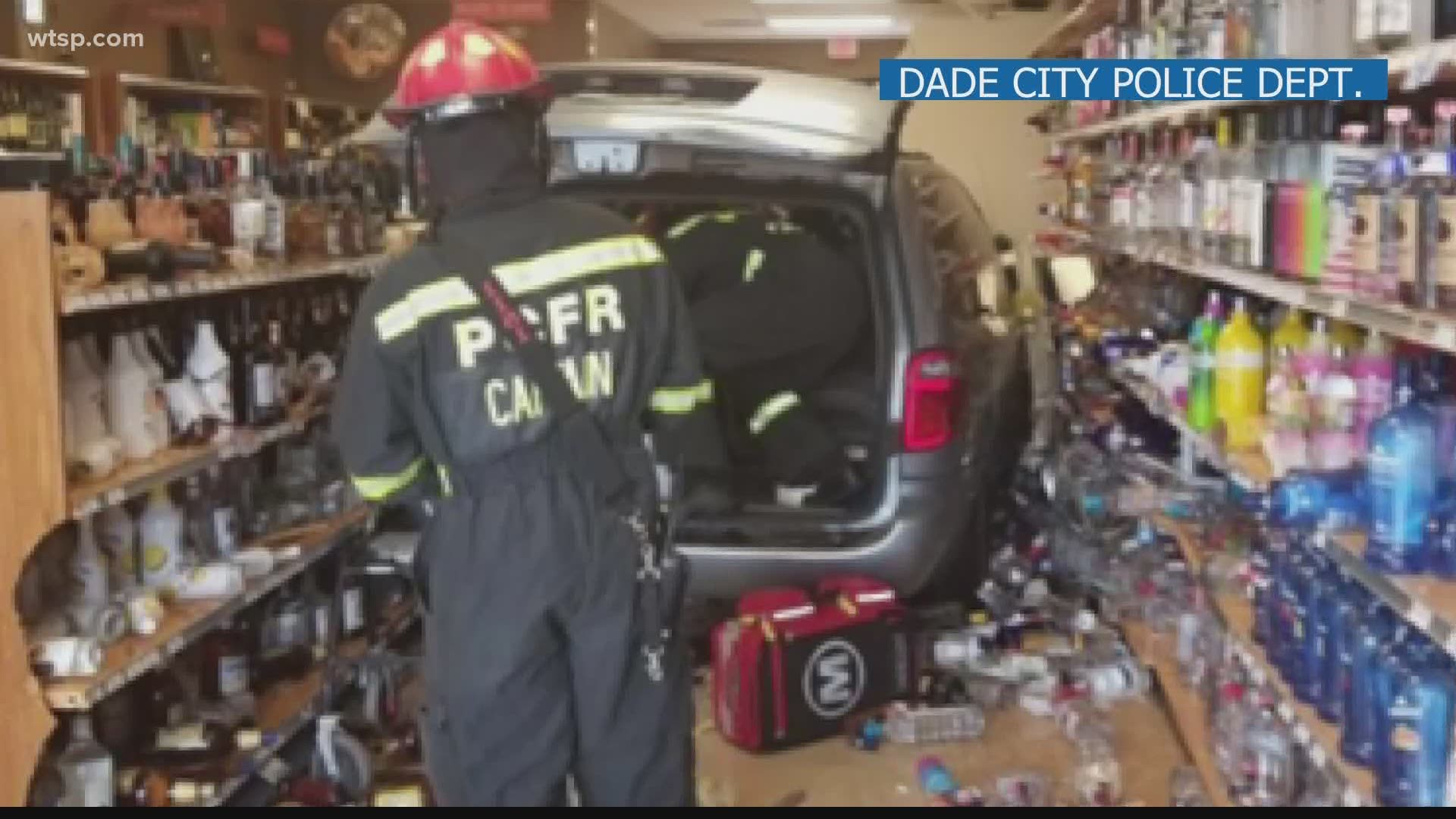 DADE CITY, Fla. — Police are trying to figure out what led up to a woman crashing into a Publix Liquors store.

It happened just before 2 p.m. Saturday at the shopping center at 11798 U.S. Highway 301, according to a Dade City Police Department news release.

It's believed the driver of the van, a 79-year-old woman, was heading eastbound when she jumped the curb and kept going for about 24 more feet before crashing into the store.

Police said the van made its way inside -- about 28 feet into the building.

Two people were hurt, including a male employee who suffered from upper-body injuries, and a female customer who was hit possibly by glass and debris, according to Dade City police.

None of the injuries are considered life-threatening, and both the man and woman were taken to an area hospital for treatment.

The driver of the van also was taken to the hospital with unknown injuries.