Pasco County crews are investigating a hole that opened up between two homes, not far from River Ridge middle and high schools. 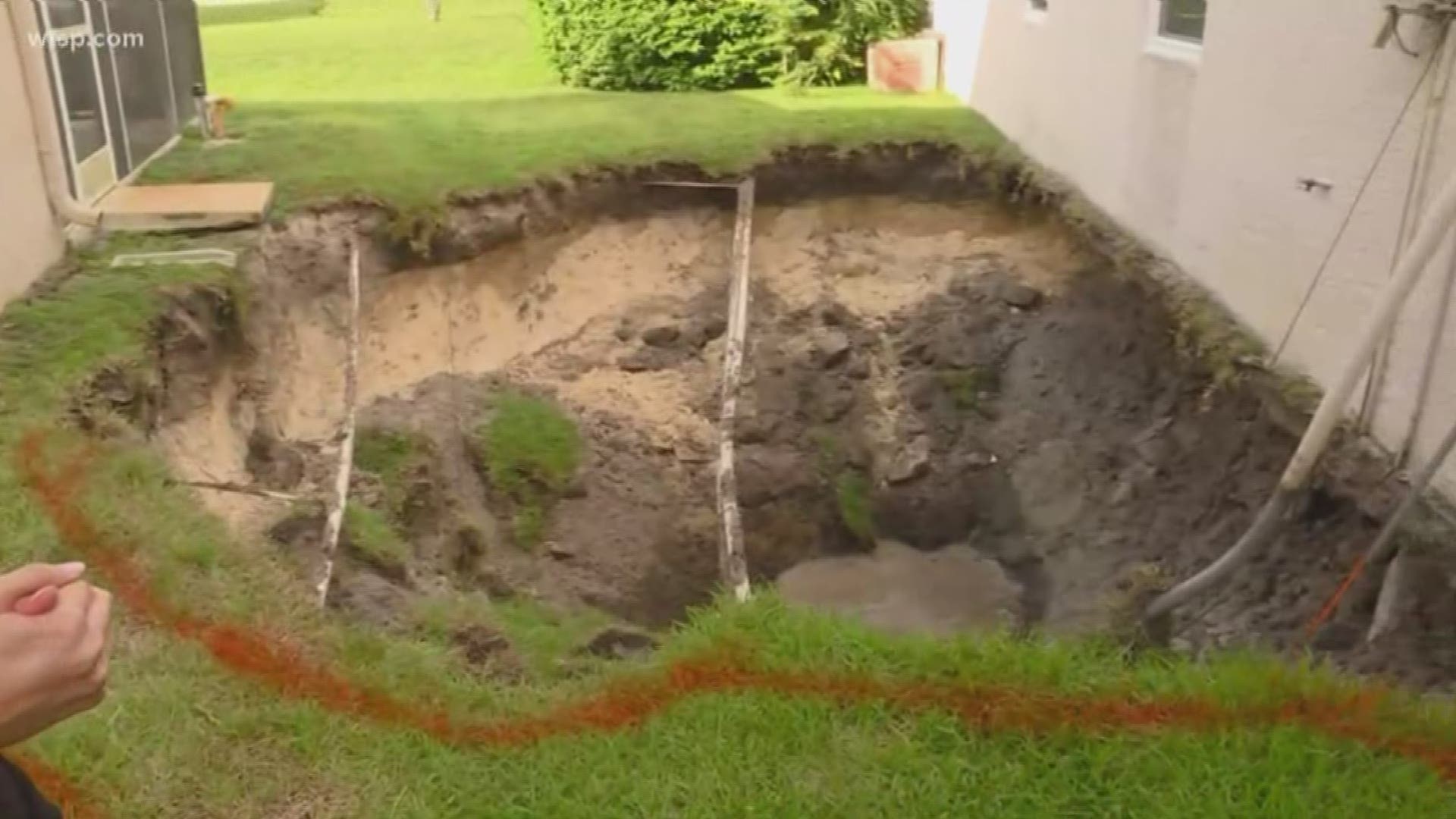 "It's all on private property; under the foundation of the home," said Kevin Guthrie, the assistant county administrator for public safety. "County emergency services are done at this point; this is an insurance issue."

The depression between the two homes on Dorian Court is 40-50 feet in diameter and about 20-25 feet deep. It's difficult to determine just how far the perimeter extends under the home, but Guthrie said it's possible the absolute perimeter could extend to about 100 feet.

It might be likely other homes will be affected, Guthrie said. 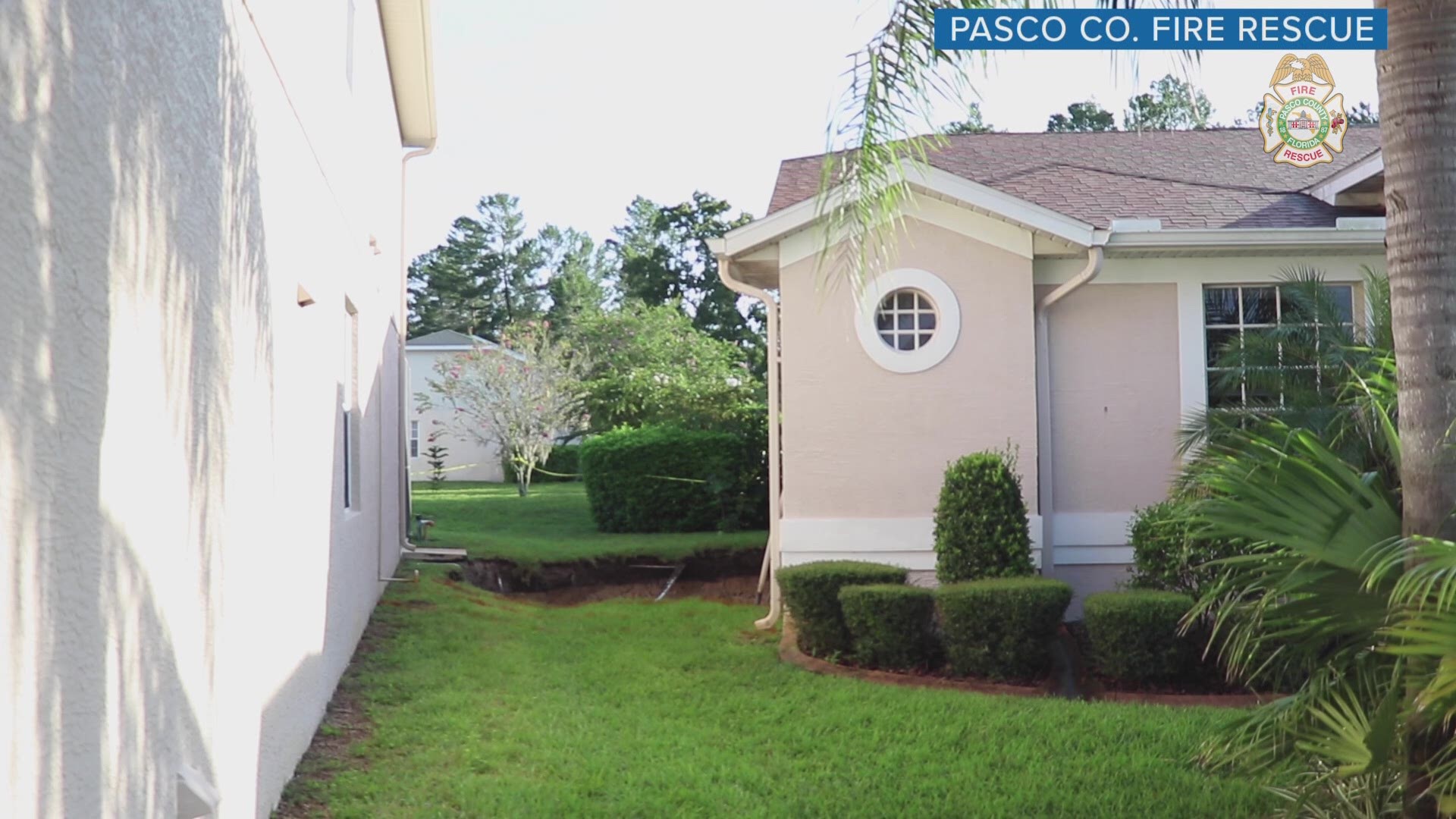 The depression was discovered at around 8 p.m. Tuesday night, Guthrie said. One homeowner had been out of the home all day and the other has been out of state.

Both families are able to safely evacuate.

About half the hole is under one home, with it approaching the edge of a second building.

Officials said during the news conference that nothing else in the home has shifted and the structural integrity of the home seems to be intact. No other homes are currently in danger.

"Whoever built this home built a great home because there is no structural ... degradation from the outside, at least for us," Guthrie said. "The doors still open and close, there are no broken windows, there are no damaged items inside the house. It is structurally sound.

The hole is not disturbing the schools in the area, and everything is normal for operations at this time, officials added.

The hole that formed today in New Port Richey has not been classified as a sinkhole. At this point, it is a depression.

Pasco County was in the process of getting the two parcels of land that was needed for T-turnarounds Friday,

When it comes to what homeowners can do to protect their property, here’s what you want to do before a purchase and after a sinkhole happens.

First be sure to do a thorough visual inspection for possible sinkhole signs. Research public records: go through building permits to see the history of permitted repairs,

All other counties research the building departments permit database to see whether a sinkhole/subsidence repair permit was ever pulled for the house.

The stories below are from when a sinkhole opened up in Land O'Lakes in 2017:

Insurance will cover destroyed sinkhole homes, but not neighbors

How do sinkholes form?