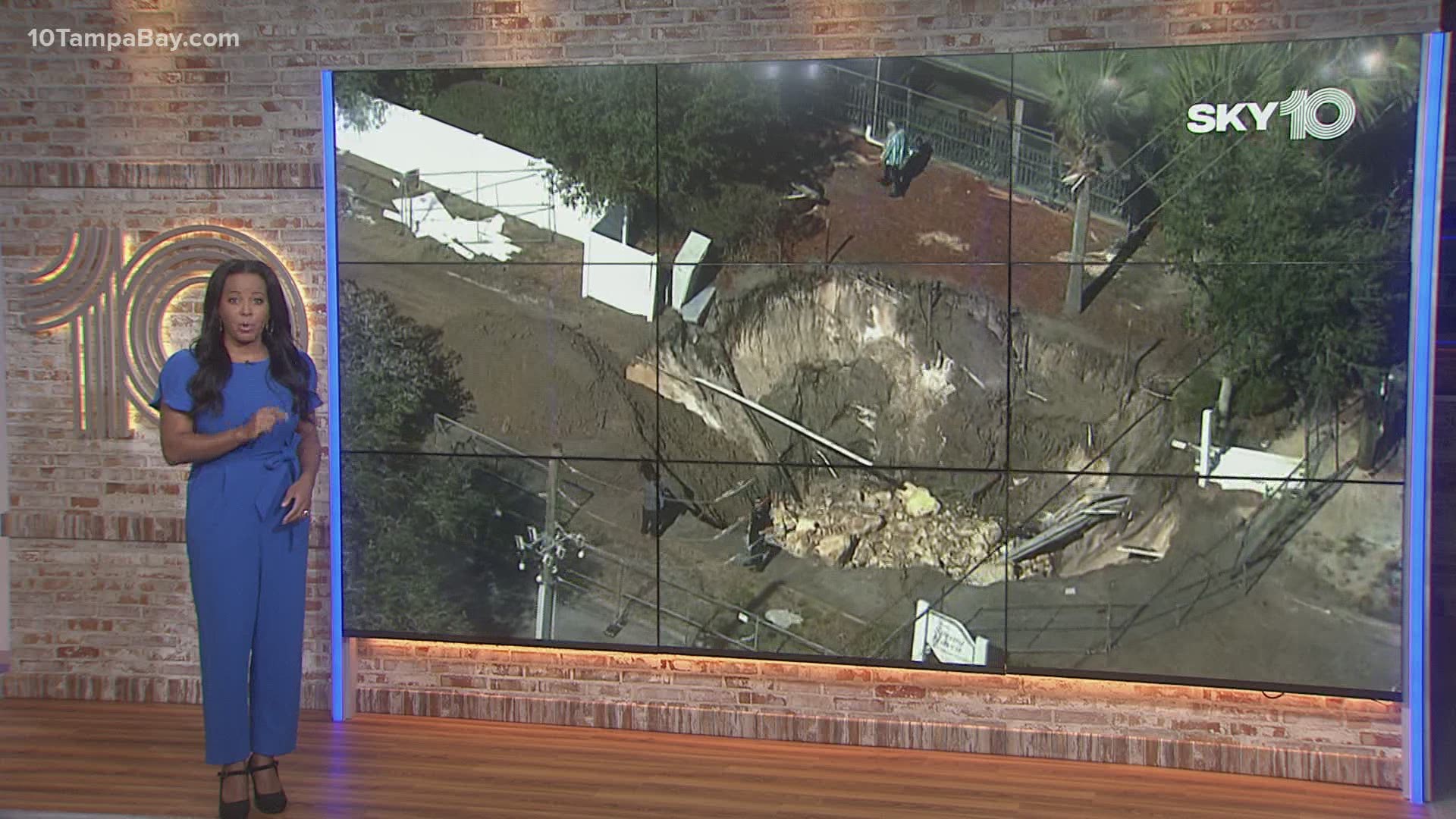 This comes despite efforts from private property owners to fix the hole, the county says.

According to the county, a sinkhole repair company filled the hole on Jan. 7, but just a few days later on Jan. 11, the fill material began to collapse back into the hole.

And, the hole has grown about four feet on the north side and now measures about 50 feet wide, the county says.

The hole first opened near the Varsity Club Sports Bar alongside Spring Haven Boulevard in October. It eventually grew to be about 130 feet deep.

Aerial video and images captured by Sky 10 Thursday show a large hole just outside the restaurant.

Emergency management says the depression is own privately-owned land and property owners are still working with their contractor to fix the hole.

The county says it continues to monitor the area and one southbound land of Little Road is still closed.

Watch aerial footage of Sky 10 over the hole here.