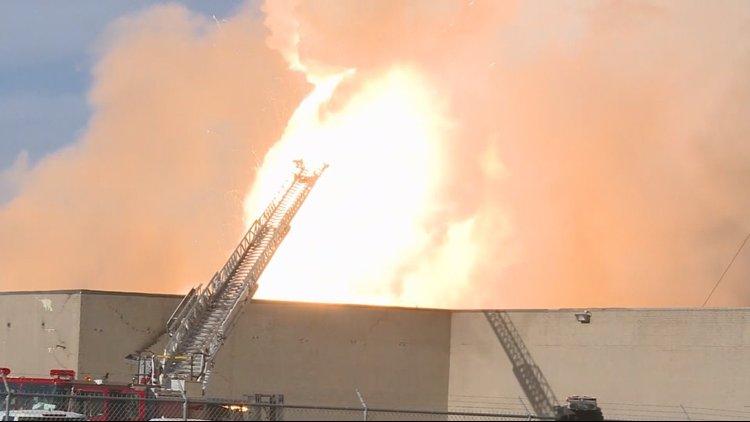 Fire leads to explosions at business center in Pasco County

The fire broke out early Friday afternoon at a mixed-use, manufacturing building that holds several businesses.

Officials received the first call on the fire around 12:30 p.m.

Several explosions were seen, and Shawn Whited of Pasco Fire Rescue said they were caused by magnesium used by one of the businesses in the building.

"There's a lot of water that's running off and hitting that hot magnesium, and that's where you're hearing those explosions," Whited said.

He said the explosions were contained and did not cause much damage.

Jesse Bush, who works inside the building, said he thinks a spark from a welding machine caused the fire, but the cause is still under investigation. He said he tried to put it out with a fire extinguisher.

"It was just too powerful," Bush explained. "Just got out of control and couldn't stop it."

According to fire rescue officials, there are no reported injuries.

The fire has also halted some train traffic along the Eastern seaboard, Whited said. A major CSX track sits next to the building.

"We're working with them to see what we can do to open up those tracks," Whited said. "Unfortunately, that's just not an option at this time."

The Department of Environmental Protection was notified and has responded to the scene.

"An evacuation of nearby businesses has been ordered," DEP spokesperson Shannon Herbon said.

Whited said there's no danger to the public except for smoke. He advised anyone downwind who is affected by smoke to stay indoors and turn on the air conditioner.

Stay with 10News for further details on this developing story.