School board members were briefed on a list of priorities for further enhancing campus security countywide Tuesday. 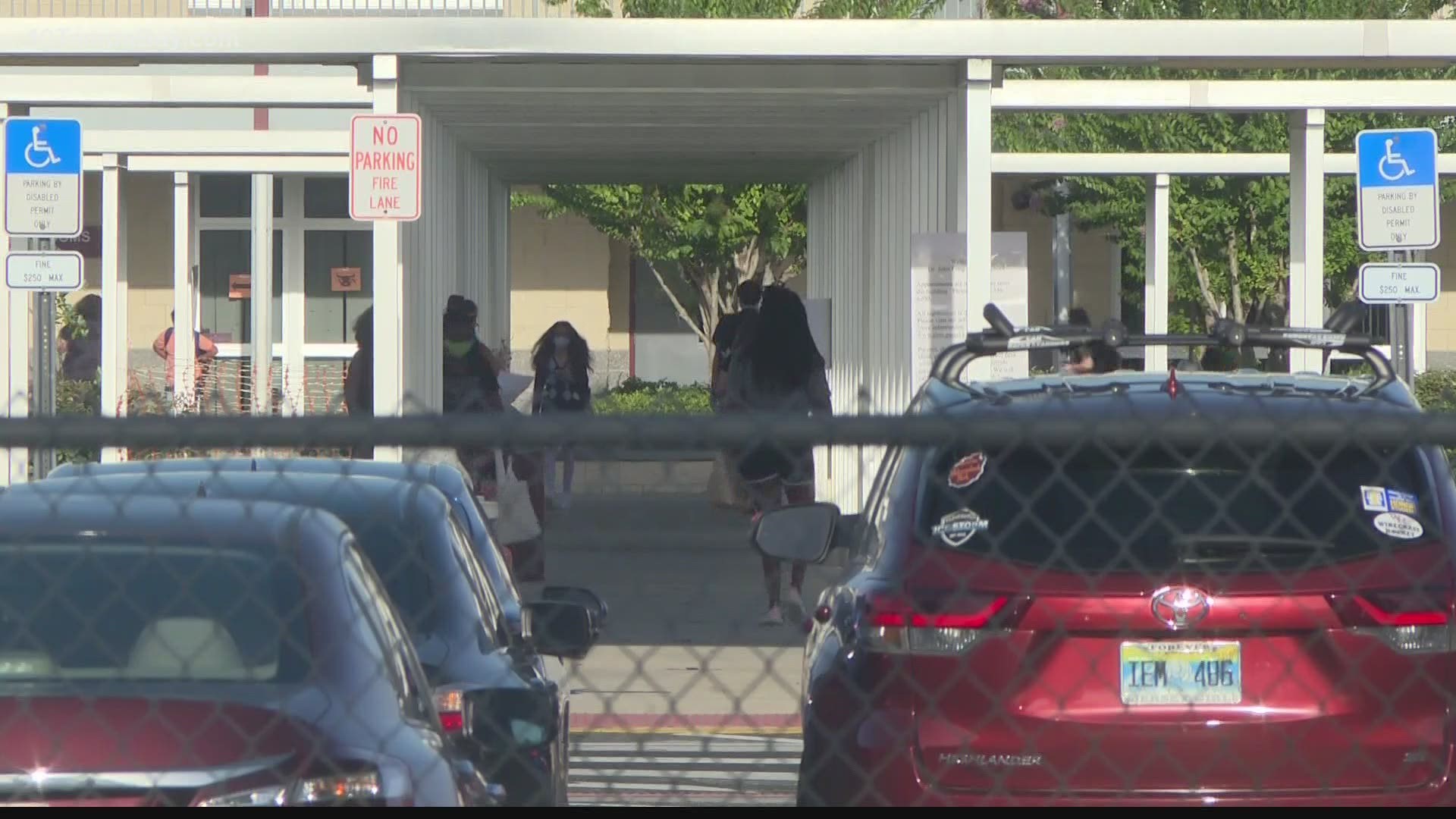 LAND O' LAKES, Fla. — Nearly three years after the mass shooting at Marjory Stoneman Douglas High School, local districts across Florida continue working to improve their own school security, hoping to prevent what happened back in 2018 from happening again.

The Pasco County School District is the latest to detail a list of security enhancements at this week’s school board meeting.

“It’s not like it was many years ago where the campuses were open and everyone was free,” Pasco Schools Chief of Safety and Security Michael Baumaister said. “They didn’t have those types of threats like they do now and so times have changed and we have to change with the times.”

Baumaister, who spent 30 years working in local law enforcement including at the Tampa Police Department, was brought on to oversee campus security this summer.

Tuesday he briefed board members on a list of priorities for further enhancing campus security countywide.

“Some of our schools have fences, some don’t,” Baumaister said. “We’re going to look at the ones that don’t and see if we can improve the safety of the schools by eliminating who can get on campus and how they can get on campus.”

Schools in Pasco will also get special ballistic window film to prevent a potential gunman from breaking or shooting through glass windows while also making it difficult to see in from the outside. Schools are also getting new video doorbell systems so the front office can control who is allowed inside.

“What do you want to do with security is slow things down,” Baumaister said.“You want to make it more difficult for people to get to places where they want to cause issues or problems.” And as we saw with Parkland, just calling 911 might not be enough.

Now, every staff member will have access to an emergency alert system that they can trigger from their phone or laptop, not only pinpointing potential threats for law enforcement but also sending out an immediate alert to the entire school.

“If we had an active threat every teacher in the school would know what’s going on,” Baumaister, who hopes state lawmakers don’t forget the lessons learned at Stoneman Douglas, said. The continued funding of these safety improvements like these could help prevent a repeat of 2018, according to Baumaister.

"We just never want the security of our schools to go by the wayside,” Baumaister said. “I know how time goes on and people forget, but we should never forget. Marjorie Stoneman was a tragedy. Our kids are our most precious asset and we always need to keep them on the forefront.”