1 hurt after car crashes into bus, no students injured

The crash temporarily shut down Gall Boulevard at Tucker Road. 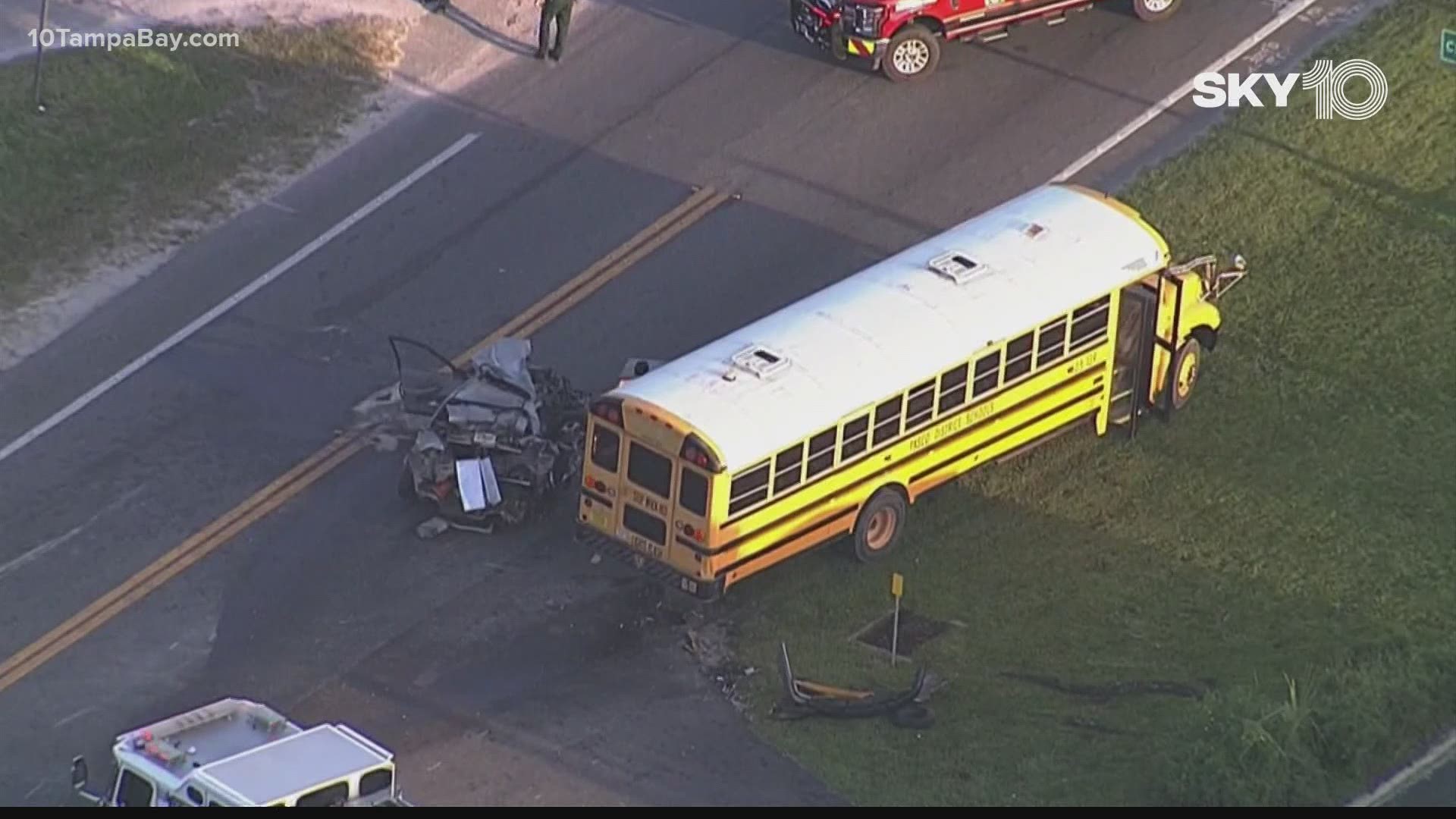 ZEPHYRHILLS, Fla. — A car and a school bus collided Thursday morning in Zephyrhills.

Investigators say a car and a pickup truck were traveling south on Gall Boulevard approaching Tucker Road when the car slowed and stopped to turn left into a gas station. The pickup truck, which was slightly behind, "failed to slow or stop" and crashed into the back of the car, according to Florida Highway Patrol.

The impact propelled the car into the path of a Pasco County School bus that had been going north on Gall Boulevard. Seven middle school children were aboard the bus.

Pasco Fire Rescue said none of the students on the bus were hurt. One person was extricated from the car and was taken to the hospital as a trauma alert, according to rescue crews.

The crash temporarily shut down Gall Boulevard at Tucker Road.

#TRAFFIC ALERT | ZEPHYRHILLS | Gall Blvd @ Tucker Road is shut down due to a crash involving a school bus.
-Vehicle struck the bus and ended up under the bus
-FF’s extracated 1 from the vehicle
-That person listed as a trauma alert
-BF4 responding
-No inj. to students#PCFRNews pic.twitter.com/n8TZ2FFVMi