The driver faces a charge of leaving the scene of a crash involving a death. 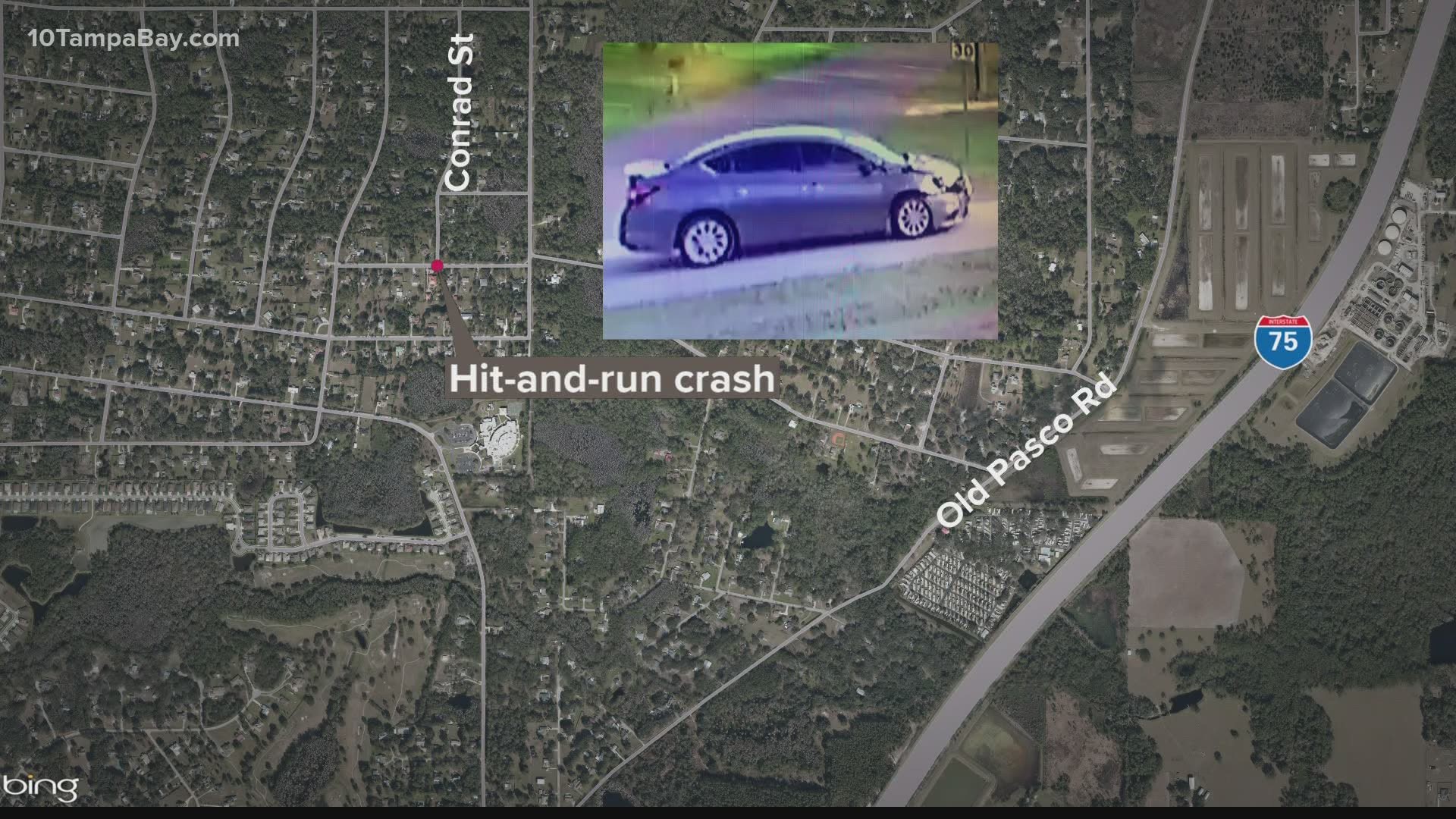 PASCO COUNTY, Fla. — Troopers have arrested the woman they say is responsible for hitting and killing an elderly woman Tuesday in Pasco County.

Florida Highway Patrol says Nicole Marie Gennarini Cresswell, 24, struck a 64-year-old woman in a mobility scooter who went to the edge of the road to check her mail.

It happened around 5:45 p.m. outside a home in the area of Robin Roost Lane, according to a press release.

Troopers report they were able to arrest Gennarini Cresswell just before midnight after investigating car parts from the crash scene and taking witness accounts. When they found her, authorities say Gennarini Cresswell was sitting in her gray 2019 Nissan Sentra in the Wesley Chapel area.

The 24-year-old faces a charge of leaving the scene of a crash involving a death.