Even more holes open up in a Pasco County neighborhood, bringing the total to 76

There are no buildings in danger of being compromised, emergency management leaders say. 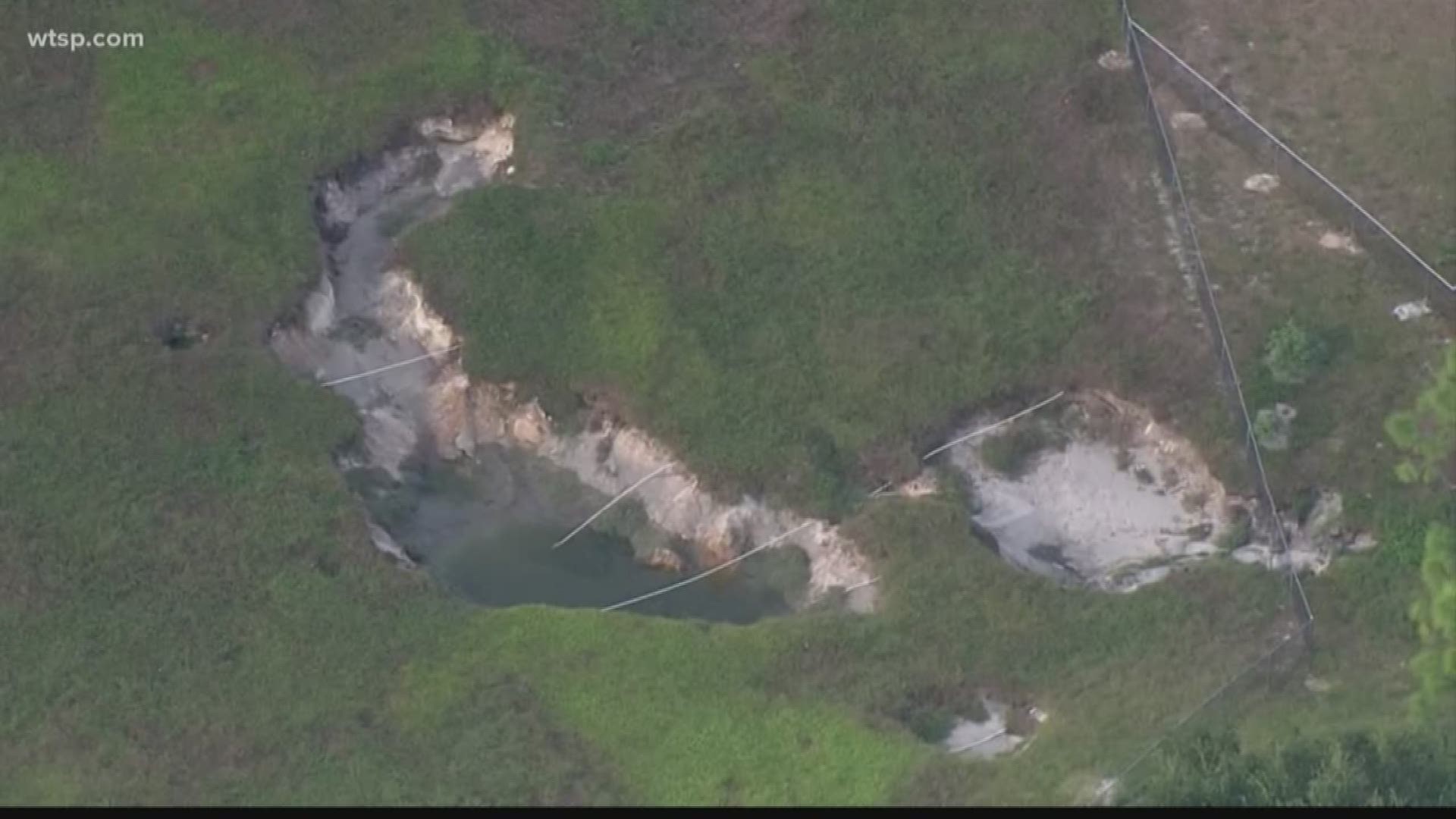 HUDSON, Fla. — The ground beneath a Pasco County neighborhood, already riddled with depressions, remains active -- with a total of 76 holes now developed.

Pasco County Emergency Management confirmed Tuesday afternoon the increased number of depressions under and around Willow Brook Court in the Lakeside Woodlands Community.

They follow the line of an underground cave system, authorities said in a news release.

“It’s really frightening," said Barbara Geren, who moved into the neighborhood in January. She was hoping it'd be her last home, now she's not so sure.

"We put everything into it, I mean we planted our flowers and we’re painting and once all this started I stopped."

The first dozen or so holes opened up in mid-August, with more popping up every few days. The previous report listed a total of 36 depressions.

There has been some sinkhole activity, as well, and some depressions are being called active. But, authorities stress there are no buildings in danger of being compromised at the moment.

RELATED: There's a massive cave system under Florida. This diver helped to map it out.

In the meantime, a portion of Willow Brook Court will be closed, and emergency management is extending the fence line on the north side of a retention pond. People are asked to stay away from the depressions, with most of them on private property.

Geren said she and her neighbors are living in fear of the unknown.

"You hear noises, you think something is cracking," she said. "I’m paranoid."