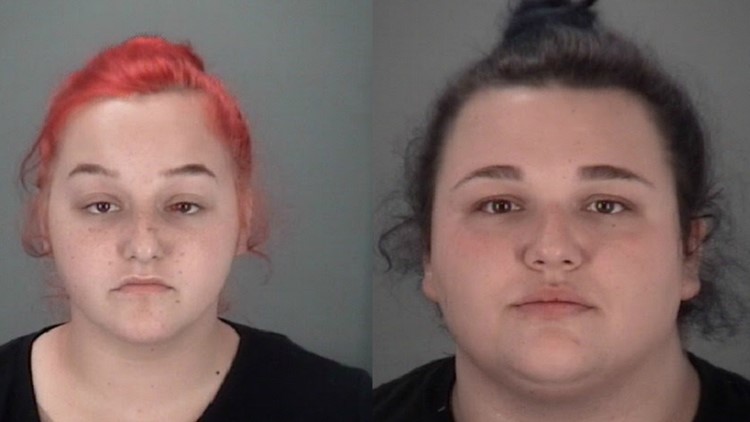 HOLIDAY, Fla. — The Pasco County Sheriff's Office says two women stole a package off someone's porch while they had three children with them.

Around 8 p.m. Tuesday, deputies say Seirra Williams, 20, of Holiday, took a package containing groceries off someone's front porch. Waiting for Williams in the front yard was Melinda Lacky, 23, and three children ages 4, 2, and 1.

Once they left the home, the pair opened the package and found $60.93 worth of groceries, according to an arrest report.

Williams and Lacky were tracked down at a nearby convenience store and arrested.

They are charged with one count of burglary and three counts of child neglect.