Snowcat Ridge on Friday said it believed it had addressed the issues in Pasco County's previous inspection report. 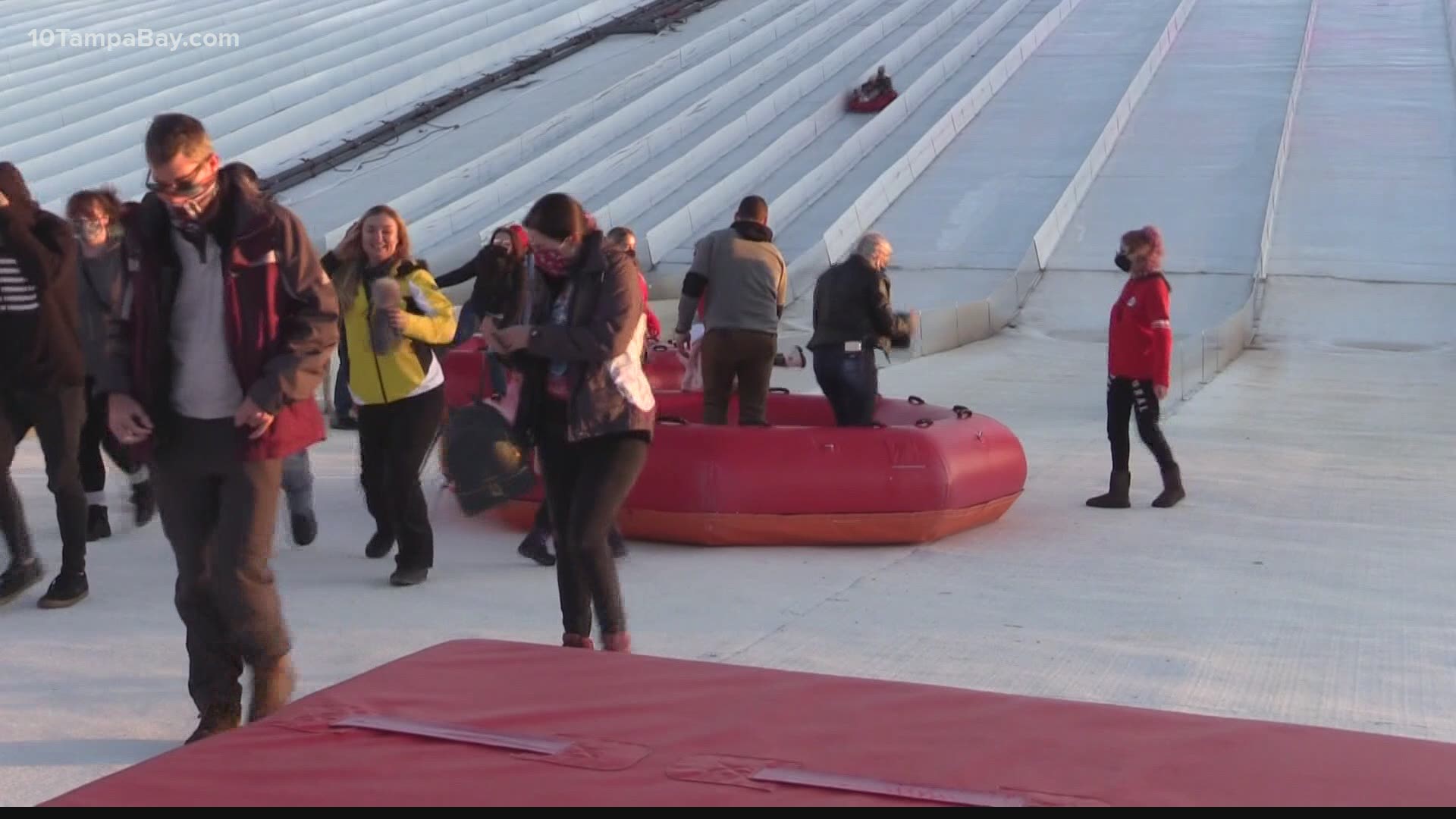 PASCO COUNTY, Fla. — Florida's first snow park says its team worked all night Thursday and into early Friday morning to address the safety concerns that caused Pasco County to revoke its permit. And, Friday afternoon, Snowcat Ridge was given permission to reopen at 3 p.m.

Snowcat Ridge on Friday said it believed it had sufficiently addressed the county inspection report it received Thursday afternoon. It went ahead and requested another inspection, which was mostly positive.

Inspectors confirmed larger problems had been repaired or addressed to their satisfaction. And, inspectors will return in a couple of days to double-check that some smaller issues had also been taken care of.

"The safety of our staff and guests are our top priority," the park wrote. "We’ve received dozens of permit inspections from Pasco County, the state of Florida and the health department in the last 6 months prior to opening. Our staff conducts daily safety inspections and we have medics on-site every day we’re open."

Snowcat Ridge says they have temporarily removed the use of shipping containers in the Alpine Village as a result of the county's "thorough" investigation.

"The safety of our staff and guests are our top priority and with these modifications complete, we are looking forward to welcoming guests back to Snowcat Ridge," it wrote.

"Pasco County became aware Nov. 25 that Snowcat Ridge was operating in unsafe structures, without required permits, inspections or a certificate of occupancy," the county wrote in a statement earlier this week.

Photo documentation of the various violations was provided by the county. You can view those photos here.

Those issues appear to be resolved.

Snowcat Ridge first opened to the public on Nov. 20. It's the only attraction of its kind in Florida.

A park representative said customers will be automatically refunded if they purchased a ticket for Thursday or Friday between 9 a.m. to 2 p.m. Customers who purchased tickets for later in the afternoon on Friday can check the Snowcat Ridge website and social media for updates or call customer service at 813-576-1450.

RELATED: 'Two parts magic, one part water': How Snowcat Ridge is making it snow in Florida