Pasco County cites multiple 'life-safety' issues at the site as the cause of its action. 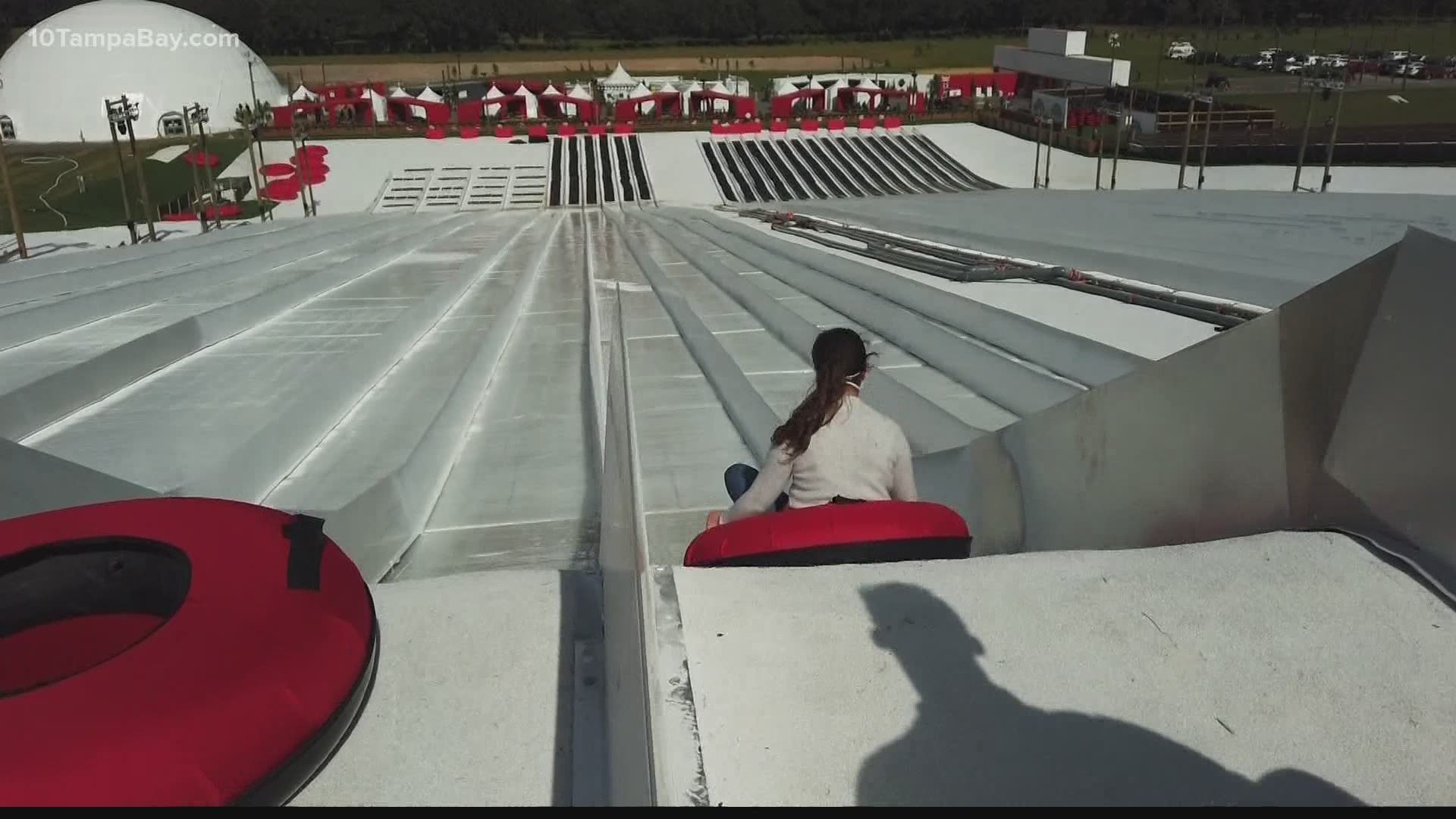 PASCO COUNTY, Fla. — A first of its kind snow park in Pasco County will have to temporarily stop operations because its permit has been revoked by the county.

Snowcat Ridge claims on Dec. 9, Pasco County officials arrived on site and took its permit without providing documentation or a written explanation. It further alleges the county has failed to recognize other approvals allowing it to operate its "Snowy Slopes."

The county, on the other hand, says it had a reason: "life-safety issues."

In a news release, the county said during several visits, Fire Rescue and Building Construction Services discovered fire, building, electrical and plumbing violations that pose a threat to both public health and safety.

"Pasco County became aware November 25 that Snowcat Ridge was operating in unsafe structures, without required permits, inspections or a certificate of occupancy," the county wrote.

Photo documentation of the various violations was provided by the county. You can view those photos here.

A legal team is working to keep the new Florida attraction open, and the park says it hopes to reach a resolution soon. In the meantime, it says it will stay closed.

"Our team is working hard to resolve this situation as soon as possible," it wrote in a Facebook response.

That is something the county agrees on, sharing that it is looking to work with the unique attraction to close out all outstanding issues.

A park representative said customers will be automatically refunded if they purchased a ticket yesterday or for Friday between 9 a.m. to 2 p.m. Customers who purchased tickets for later in the afternoon on Friday can check the Snowcat Ridge website and social media for updates or calling customer service at (813)-576-1450.

Snowcat Ridge opened to the public on Nov. 20.