Sheriff Chris Nocco said the 62-year-old suspect tried to kill everybody who responded to the home. 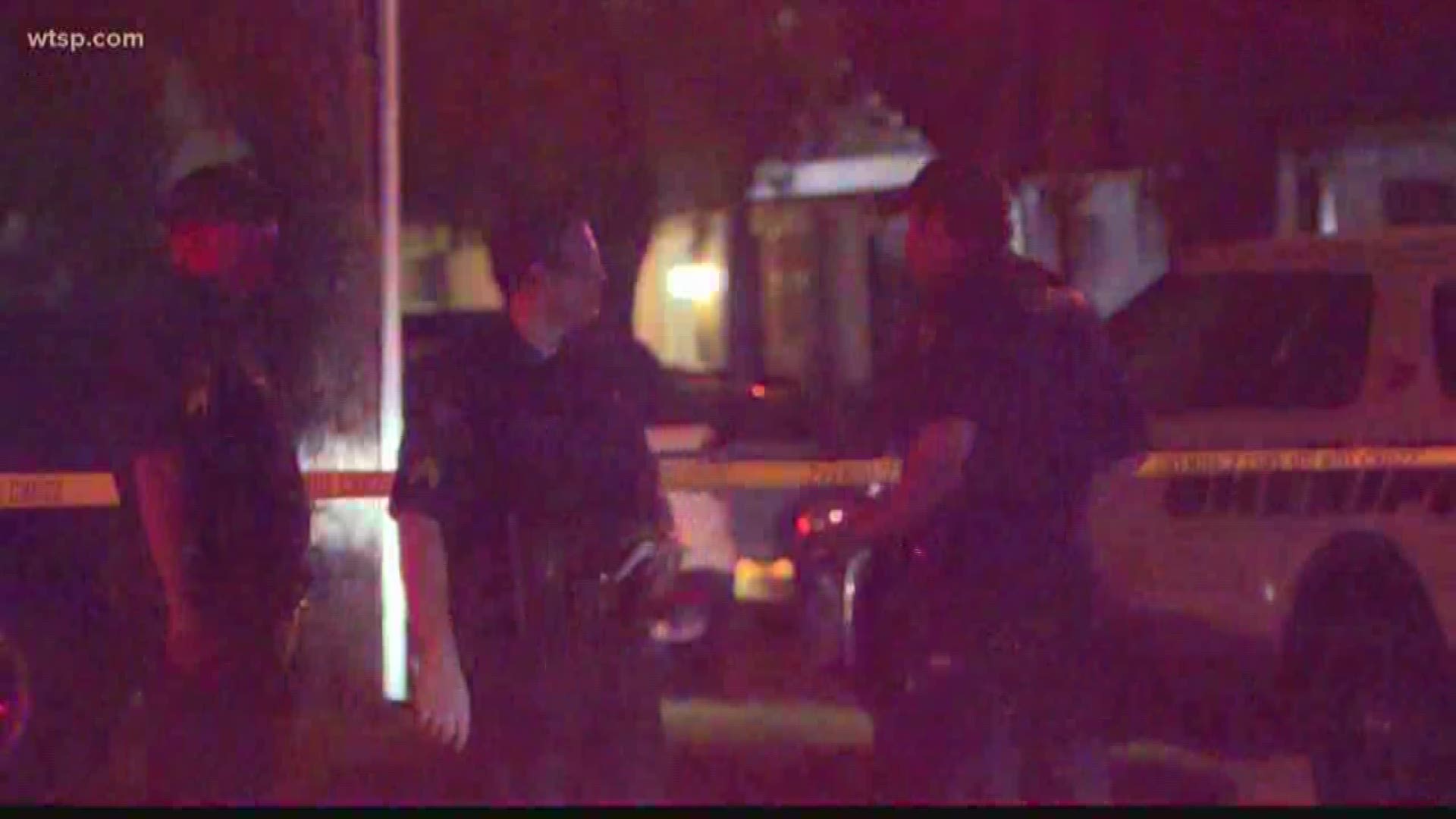 UPDATE: Deputies say the suspect, Terrance Peterson, has died of his injuries. Click here for the latest information.

The 911 call came in just before 12:30 a.m. Saturday: Her father had gotten into an argument with his wife, and he shot at her Amazon Alexa device, Sheriff Chris Nocco said.

The responding Pasco County deputies would spend the next hour or so trying to get the 62-year-old Terrance Peterson to come outside his home peacefully. It would be interrupted by him allegedly shooting 41-year-old K-9 Deputy Chris Stone in the leg.

Deputies were called to the home in the area of Humboldt Avenue and Seven Springs Boulevard by the daughter of a couple who said they had been fighting, according to the Pasco County Sheriff's Office. She claimed they had fought before, but it never rose to the point of needing to call 911.

"The mother was really upset tonight because her husband shot at her Alexa," Nocco said.

Credit: 10News
A Pasco County Sheriff's Office deputy was shot in the leg during an hours-long standoff with a domestic violence suspect.

The battered wife ran outside as deputies arrived, Nocco said.

Deputies tried for about an hour to get Peterson to come outside peacefully, the sheriff said, knowing the suspect had guns but tried to avoid an escalation.

With at least a handgun and a semi-automatic rifle, the sheriff said Peterson began shooting at deputies as they entered the home and made their way to the bedroom.

"Our deputies were able to exchange fire back," said Nocco, though Stone was shot in the leg. Another somehow hurt his hand.

"Make no mistake about it: This suspect tried to kill everybody that was outside the house. All those deputies," Nocco said. "... This was a battle. This was an absolute gun battle out there."

Around 4 a.m., deputies made their way back into the house with the aid of a robot to find the suspect injured with a gunshot wound to the head. He was taken out and sent to a hospital for treatment.

Stone also is undergoing treatment for the life-threatening leg injury. Nocco said the femoral artery was cut by the bullet and had it not been for other deputies to help him with a tourniquet, he could have died.

Both Stone and Peterson remain in the hospital Sunday morning.

Stone has been with the agency since July 2017.

Peterson likely will be charged with domestic battery and at least five counts of attempted homicide.