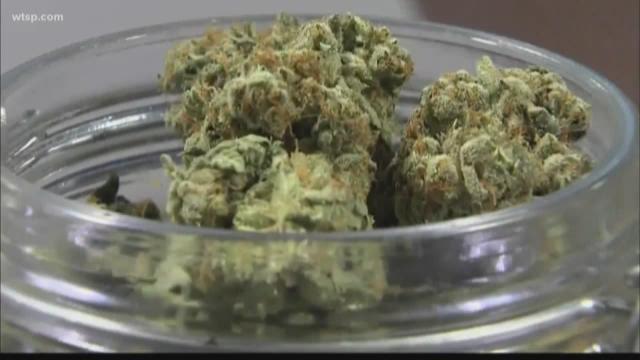 PARRISH, Fla. – A legal battle over whether medical marijuana can be smoked is moving forward after a judge denied the state's request to dismiss a lawsuit brought by several eligible patients.

"They're not doing the peoples' will," said Bob Jordan, whose wife Cathy has suffered from ALS for more than three decades. She qualifies for medical marijuana but is only able to smoke it.

The couple is among plaintiffs suing to overturn the state's decision.

"What happens is the vape...there's something in there that when she does it, it makes her gag," he said. "Believe me we've tried it. When she gags her throat can lock and kill her."

The Jordan's story has been well-documented.

The couple has been on the front lines of the medical marijuana debate for more than 20 years.

Even after their home was infamously raided by deputies in 2013, they persisted. The couple was never charged.

Jordan says the continued fight is not just about rights, but his wife's life.

"Who is going to deny a woman that's been alive with ALS for 27 years...something that's been working," he said, adding that his wife has consulted with more than 30 neurologists, none of whom have told her to stop smoking marijuana.

Attorneys for the state argue the constitutional amendment approved by voters doesn't expressly allow for smoking.

But the Jordan's lawyer, John Mills, says it shouldn't have to because the amendment did expressly state that "all parts" of the cannabis plant can be used, which includes the flower used for smoking, he argues.

Mills also contends that because the amendment does stipulate a ban on smoking marijuana in public places, that's enough to imply that smoking is permitted elsewhere.

Beyond patients, efforts currently underway to legalize recreational pot could slow significantly if a judge ultimately rules to uphold the ban, according to advocate Tom Quigley with the Florida Cannabis Coalition.

"It would cause people to have to advocate and file additional lawsuits, which is really not needed because the amendment to the constitution has given these rights," Quigley said.

"This is a joke to the rest of the country that cannabis cannot be smoked... the process is slowed down and the patients are suffering right now."

Mills said it's not clear when the judge would rule on the lawsuit but it could sooner under a statute that allows the process to be expedited if a plaintiff is older than 65.

Jordan says he feels they've made significant progress and he believes they can win the case.

"We've been wanting our day in court," he said. "You can't make any more progress than this."