They gathered in Curtis Hixon Park to protest Floyd's death. 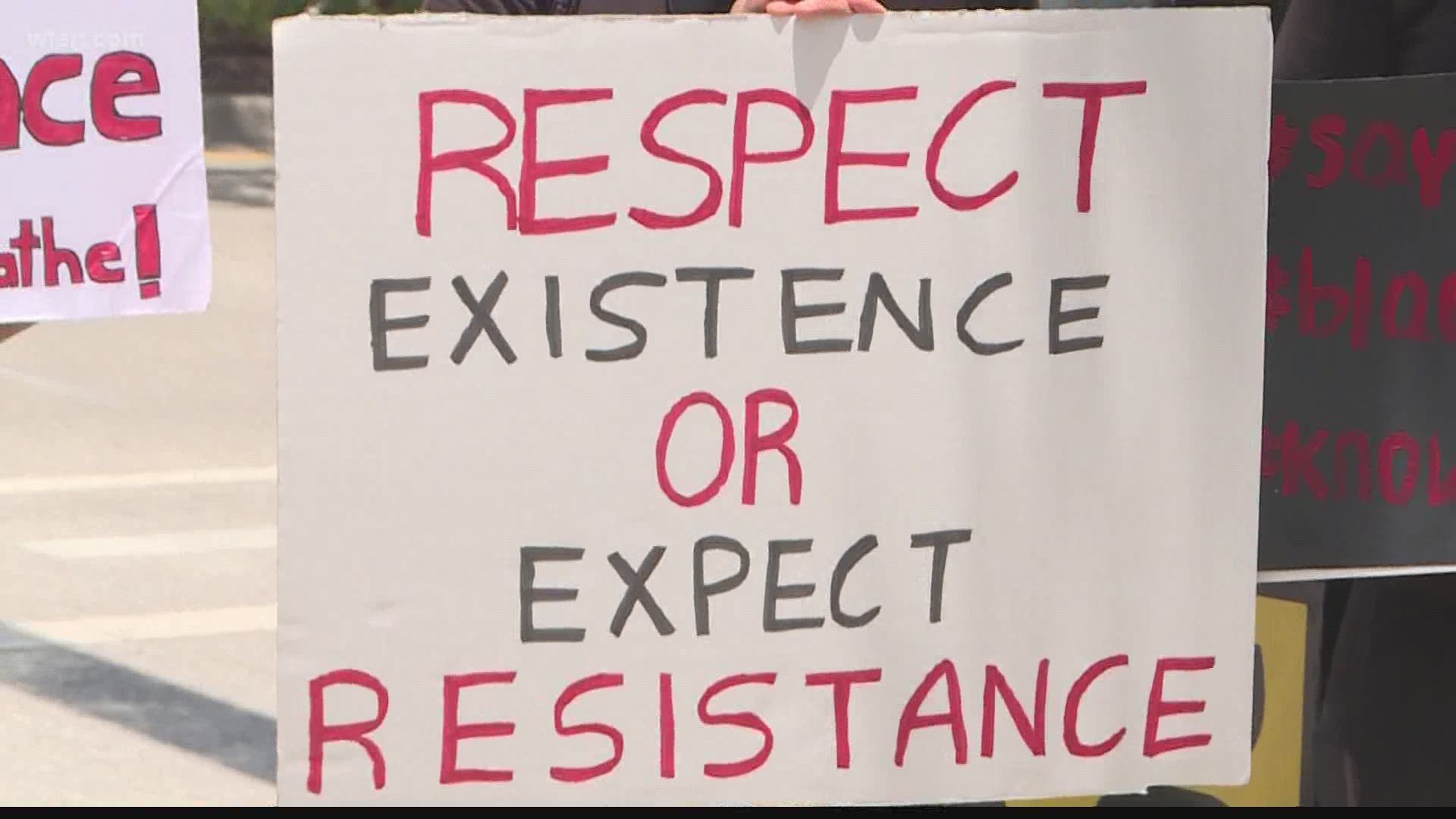 At one point, a group assembled in front of the Tampa Police Museum. Demonstrators then continued to protest in Curtis Hixon Park.

Former Minneapolis police officer Derek Chauvin has been charged with third-degree murder and manslaughter in connection with Floyd's death. Video showed Chauvin with his knee on Floyd's neck while the man pleaded he couldn't breathe.

Floyd had strong connections to the Avon Park community in Florida. He attended South Florida Community College in the 1990s. The school is known as South Florida State College today.

The crowd was made up of people with a variety of backgrounds.

“It’s a good thing that there’s different ethnicities, different races and things out here," said protester Keymari Flemister. "Because I know a lot of people would be like, ‘okay, yea we’re not black it’s not our problem.’ But it’s everybody’s problem. If you see it, it is your problem.”

While George Floyd's death happened hundreds of miles away, the pain was still being felt locally.

People chanted, in part, "no peace, no justice," and, "I can't breathe," referencing what Floyd pleaded to officers while he was on the ground and the officer's knee was pressed upon his neck.

The peaceful Tampa demonstrations were some of many taking place across the country to protest Floyd's death.

On Friday, the White House was put on lockdown for a little over an hour after demonstrators gathered in Lafayette Square. President Trump tweeted Saturday, thanking the Secret Service for their handling of the crowds outside the White House.

While most nationwide demonstrations have been peaceful, there has been some violence and fires near some of the protests.

On Saturday, the Minnesota National Guard moved to full mobilization for the first time in the state's history. Gov. Tim Walz said the Guard will focus on keeping citizens safe. City and state leaders claimed most of the people burning buildings and causing issues for business owners and homeowners were not from Minnesota. However, the investigative team at our sister-station KARE11 found publicly available data did not support those claims.

RELATED: Leaders say much of the riot damage was not caused by Minnesotans

In Detroit, a 19-year-old protester was killed Saturday after someone in an SUV fired shots into a crowd of people protesting Friday night. Police say no officers were involved in the shooting. The teenager died at the hospital.

RELATED: 19-year-old Detroit protester dies at hospital after being shot

In Portland, Oregon, more than a dozen people were arrested after a protest turned violent late Friday night into early Saturday morning. Several fires were set throughout downtown Portland. Two officers were injured during the violence; one was hit by an "incendiary device" and a Portland police criminalist was hit in the head with a rock. Both are expected to be okay.