Deputies say the distressed whales appeared to have beached themselves. 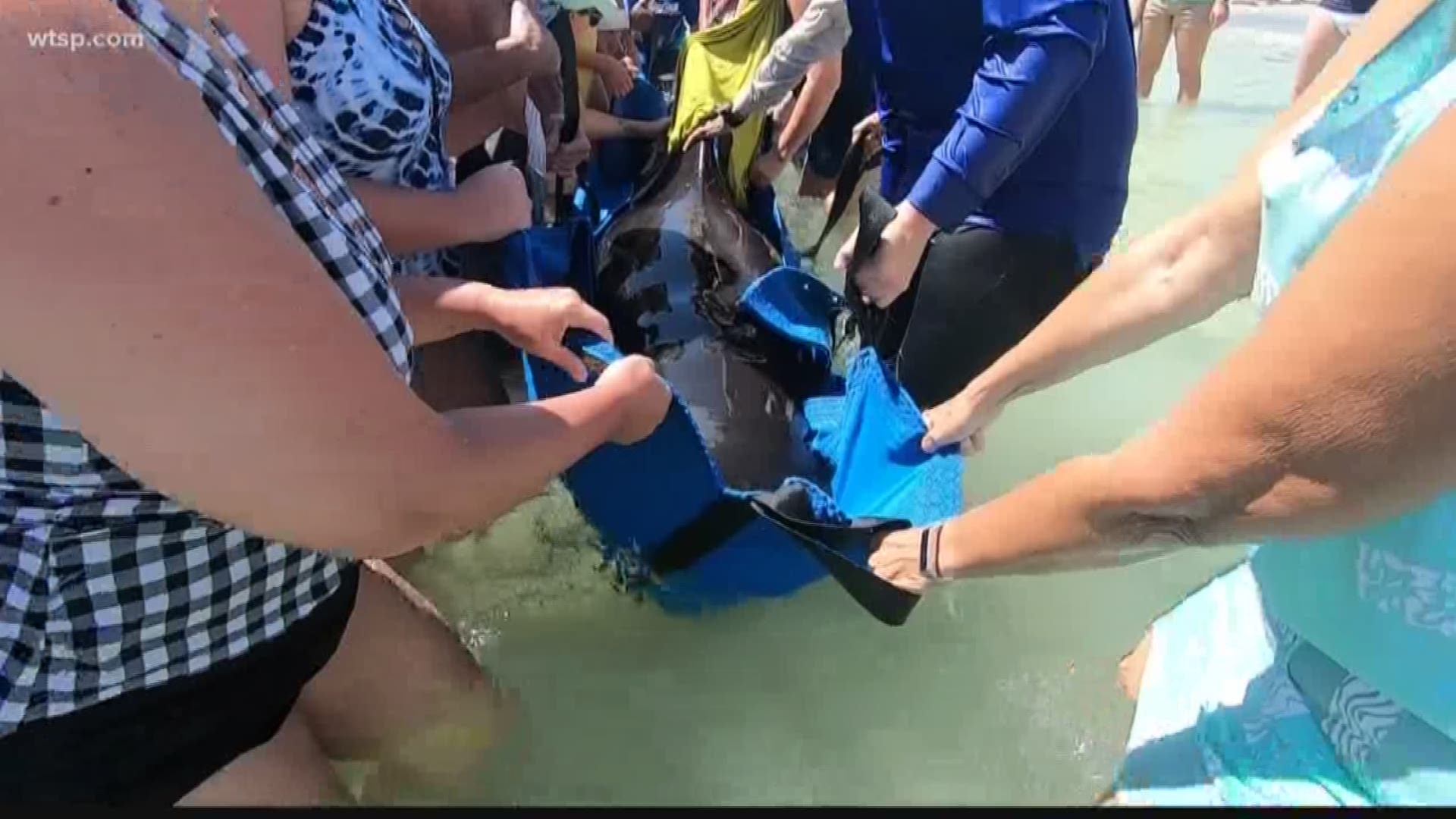 REDINGTON BEACH, Fla. — Pinellas County deputies, volunteers with the Clearwater Marine Aquarium and those just hanging out at the beach all jumped into action and worked to save five pilot whales stranded on Redington Beach.

Deputies say the five distressed whales appeared to have beached themselves earlier Monday. The sheriff's office and the aquarium set up tents in the water to cover the whales while aquarium staff and crews from Florida Fish and Wildlife and NOAA Fisheries helped the whales.

Clearwater Marine Aquarium CEO David Yates said the pilot whales seemed to be healthy, but they don't yet know why they beached themselves.

"Our goal is to get them offshore as soon as we can," Yates said.

Aquarium staff and dozens of other people worked for hours to care for them and bring down the whales' stress level.

Yates said they took three of the whales out to the Gulf of Mexico on boats as deep as they could and released them back in the water.

These are deep-water animals, said Laura Engleby of NOAA, and live out over 100 miles. The boats won't be able to take them out that far, she said, but they will do their best.

The other two were taken to Clearwater Marine Aquarium's new stranding area at Fred Howard Park in Tarpon Springs because they weren't doing as well as the other three.

Engleby said rescuers will do the best they can, but she couldn't say what the outcome will be. The whales could re-beach themselves or swim free. After spending some time at the facility, Yates said they appeared to be "swimming fine" and there were no apparent major issues.

The Clearwater aquarium's whale facility opened last month and is not open to the public.

Yates said the aquarium sees mass strandings like this about 2-3 times a year, and the Pinellas County beaches area is common for beached marine mammals. Though the main goal is to get the whales back into deeper waters, rehabbing them to a rescue facility could be an option if other rescue efforts don't work.

SeaWorld Orlando said it has been "in contact with the agencies in charge and (is) on standby to assist if requested."

Watch: Click or tap here to watch crews work to save the beached whales