Bear sightings during this time of the year are not uncommon, according to the FWC. 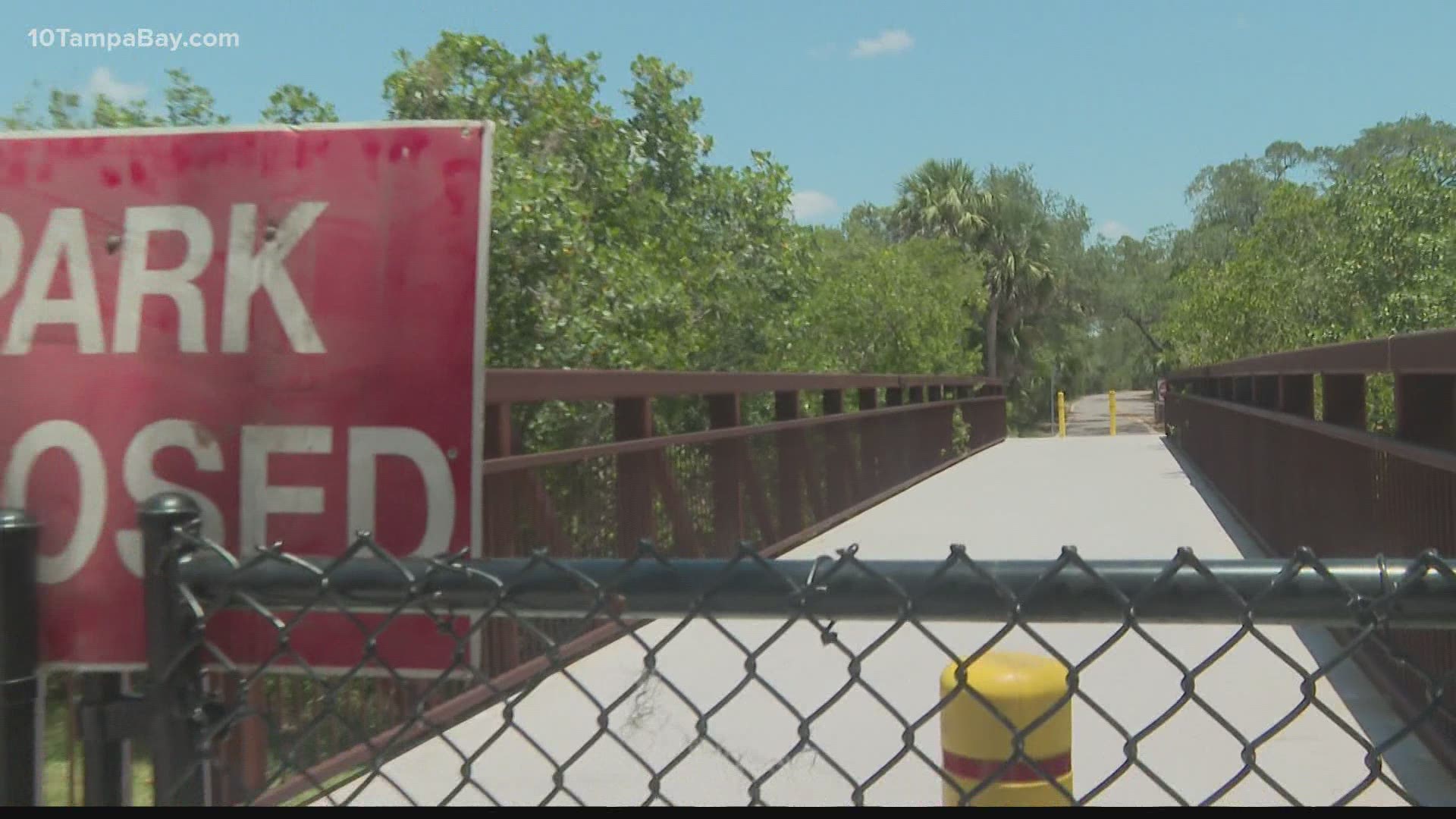 The Florida Fish and Wildlife Commission worked to secure the park, and county leaders urged everyone to avoid the area. The county doesn't believe anybody besides the ranger was in the park at the time of the sighting.

“I’ve never heard of a black bear being here. I didn’t think a black bear can make it across 580,” Sue Sanford, who lives near the park, said.

Local leaders say, to the best of their knowledge, this would be the first black bear sighted in that particular park. However, bear sightings during this time of the year are not uncommon, according to the FWC. It adds that young bears are leaving their family unit to look to establish an area of their own. The transient bears involved are usually around 18 months old and weigh around 150 pounds, the FWC says.

"The bears have just become independent from their mothers and as they look for a new place to live and how to handle life on their own, they can end up in areas they shouldn’t be," an FWC spokesperson wrote in an email.

Officials with FWC believe this bear was first spotted in Hernando County then traveled to Pasco County.

Just this week the bear was spotted in a Palm Harbor Community before making its way into Philippe Park. FWC officials are still working to locate the bear. It was last seen at 6 a.m. Tuesday.

Officials are trying to get the bear to move out of the area on its own. If not, they may relocate the bear.

FWC Officials said in June they do see more black bear sightings because it is breeding season, which means bears may be traveling farther.

If you do encounter a bear at close range, the FWC says you should not run. Instead, you will need to stay upright, speak to the bear in a calm and assertive voice and slowly back away while leaving the bear with an escape route.

"If potential attractants such as garbage, pet food and birdseed are secured, bears should not linger," the FWC wrote.

"Transient bears have been spotted in just about every major city in Florida, including Pensacola, Jacksonville, Tampa, Orlando, and Miami," the FWC said.

More information about the Florida black bear can be found here.

This bear was captured on home video near Curlew and Countryside early Saturday, then made its way south to near the Countryside Recreation Center and Misty Springs condos. It was gone, or hiding, when our officers arrived. This morning, the bear was spotted in Philippe Park. pic.twitter.com/Wn2kjqjxTq